With COVID-19 continuing to lurk in the U.S. and around the globe, and the uncertainties of colder weather arriving, restaurant companies remain on shaky ground more than seven months after the novel coronavirus debarked on America’s shores. Some restaurants have bounced back vigorously, however, while others are still mired in […]

With COVID-19 continuing to lurk in the U.S. and around the globe, and the uncertainties of colder weather arriving, restaurant companies remain on shaky ground more than seven months after the novel coronavirus debarked on America’s shores. Some restaurants have bounced back vigorously, however, while others are still mired in COVID’s fallout.


Those eateries that emerged relatively unscathed from COVID-19’s first wave seem most likely to survive, and rebound quickly from, a potential second round of outbreaks and lockdowns, too. Fools investing in consumer discretionary stocks this month may opt to give consideration to BJ’s Restaurants, Inc. (NASDAQ: BJRI), Dunkin’ Brands Group, Inc. (NASDAQ: DNKN), and even, potentially, outlier Cracker Barrel Old Country Store (NASDAQ: CBRL).

BJ’s Restaurants, a California-headquartered restaurant chain with locations in 28 states and the distinctive feature of microbreweries attached to some of its restaurants, might look like a doubtful choice at first glance. Part of the company’s business strategy is the atmosphere of its locations, making the dine-in experience part of its appeal. This appears to be a handicap in the COVID-19 era.

© Getty Images
A deep dish pizza, similar to those sold at BJ’s.

However, BJ’s has managed a reasonably good recovery since the inevitable March and April trough. As Forbes notes, the company bounced back strongly from the 2008 subprime mortgage crisis, another major event driving down restaurant stocks. In that instance, in fact, it slightly outperformed the S&P 500 in resiliency, dropping 40% versus the S&P’s 51% fall, and rising 52% compared to the S&P’s 48% rise by early 2010.

While second-quarter 2020 comparable sales, or comps, fell 57.2% year over year and the quarterly net loss amounted to $29 million, BJ’s showed strong signs of life once the initial crisis passed. CEO Greg Trojan noted a fairly successful switch to a take-out and delivery only model, generating April sales of $30,000 per week per restaurant, a figure jumping to $75,000 by the end of June.

According to Trojan during the BJ’s Q2 earnings call, the restaurant chain “generated sufficient variable cash flow that we are able to keep all but four of our locations up and running” as early as late April. He added that the company’s “teams accomplished this pivot from regular operations in the span of about two weeks.”

Delivery has apparently been handled with sufficient competence to keep BJ’s operational while “waiting out” COVID-19. Many of its restaurants are located in the warm climate of California, making a return to in-restaurant dining more feasible even in winter.

BJ’s Restaurants stock peaked in February with a high of approximately $43 per share. After plunging as low as $6.54 per share in mid-March, it has rebounded to the neighborhood of $33. Once California is fully reopened for business and COVID-19 has subsided, BJ’s could well see its shares climb back to the $40 to $45 range or even higher as pent-up demand drives strong sales and revenue. Viewed from this perspective, BJ’s might be a good buy now for investors willing to take on a little risk.

Thanks to the low capital expenditures (capex), high local flexibility, and Paycheck Protection Program (PPP) loan eligibility resulting from its 100% franchised business model, Dunkin’ emerged quickly from the COVID-19 downturn earlier this year. The company also showed it isn’t simply a “zombie” by closing 350 underperforming restaurants and 450 counters at Speedway (NYSE: MPC) gas stations. Many of the closed franchises are slated to reopen in better locations, once again demonstrating the nimbleness and slickness of Dunkin’s current operations.

A potentially massive advantage for Dunkin’, one which is likely to drive strong future growth into the medium and long term, is geographic spread. Dunkin’ is reaching near saturation in its eastern U.S. “core region,” but this gives it more opportunity to concentrate development in the relatively untapped areas west of the Mississippi, with the lucrative West Coast market particularly ripe for expansion.

During the July 30 Q2 2020 conference call, CEO Dave Hoffman highlighted how “we have done increasingly well in our noncore West emerging markets” and noted that customers “in these noncore markets have really discovered that when we say we’re great coffee fast, we’re great coffee fast, and they have come to reappraise us” as more than just a doughnut chain. Simply put, Dunkin’ has a lot of space to grow and is actively pursuing a strategy to maximize its growth and profits in that space. Combined with its agile business model and robust margins, this promises strong ongoing success.

The one downside to Dunkin’ is the fact it’s currently trading close to its historic high. While it likely has potential for considerable long-term growth for the reasons cited here, this is also a rather expensive entry point for those just now thinking of buying into the stock. Investors trusting in the bull case for Dunkin’ Brands will have to decide whether to buy it now regardless, or wait in the hopes of a temporary stock value slump providing a cheaper entry point while relying on the long-term upside.

For those interested in slightly offbeat stocks, Cracker Barrel could be worth a look. In many ways, the chain has a similar profile through COVID-19 to that shown by BJ’s Restaurants, although it is a (large) regional restaurant in a different region. Though the company’s stock value recently took a hit, its mid-September fourth-quarter 2020 earnings report beat analyst consensus estimates in both revenue and EPS, according to Seeking Alpha reporting, with revenue $16.4 million higher than Wall Street expected, and EPS beating by either $0.10 (adjusted) or $2.11 (GAAP).

During the Q4 earnings call on Sept. 15, CEO Sandra Cochran noted that pickup and delivery had risen to 35% of restaurant sales, jumping 145% year over year. The figure once again suggests that Cracker Barrel is sufficiently flexible to leverage off-premise sales as a way to stay afloat until its main focus, dine-in, fully rebounds.

Perhaps most importantly, dine-in demand is exceeding the capacity limitations enforced by social distancing measures. Despite efforts to “optimize floorspace” to fit as many diners in as safety allows, more diners are showing up during the weekend than can be seated. As CFO Jill Golder remarked during the earnings call: “[Where] we tend to run into capacity limitation, tends to be on the weekend.”

According to Golder, the company has introduced outdoor “front porch dining” that “is currently available in approximately 350 stores, and has helped mitigate the impacts of the capacity restrictions.” Given that this represents almost 55% of the 640 locations Cracker Barrel had open at the end of July, customer demand for dine-in is clearly higher than capacity at over half of locations by this figure alone. The actual demand may be even more widespread, since Golder added that “we’ve also set up tables beneath tents in our parking lots” at an unspecified number of additional restaurants.

This suggests a strong, loyal customer base impatient to get back in the Cracker Barrel dining room, and therefore likely to drive comps, revenue — and share price — much higher once COVID-19 fades away or is largely defeated by either a vaccine or one of the fast, cheap testing methods currently under development.

When investing geniuses David and Tom Gardner have a stock tip, it can pay to listen. After all, the newsletter they have run for over a decade, Motley Fool Stock Advisor, has tripled the market.*

David and Tom just revealed what they believe are the ten best stocks for investors to buy right now… and Dunkin’ Brands Group wasn’t one of them! That’s right — they think these 10 stocks are even better buys.

The future of food in a changing climate

Tue Oct 13 , 2020
Princeton’s vital research across the spectrum of environmental issues is today and will continue to be pivotal to solving some of humanity’s toughest problems. Our impact is built on a long, deep, broad legacy of personal commitment, intellectual leadership, perseverance and innovation. This article is part of a series to […] 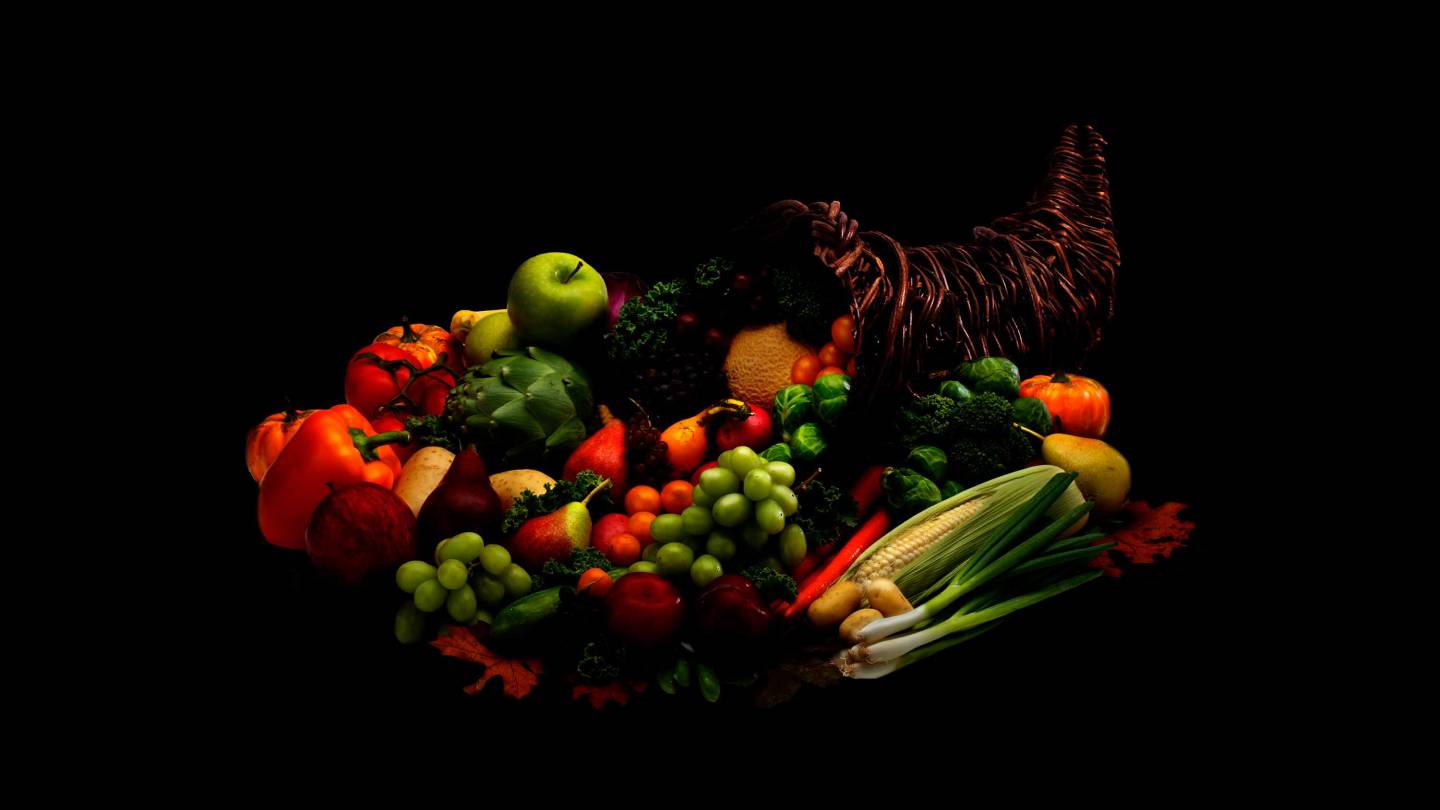