Amazon started Prime Day in 2015 to enroll more members in its shopping club — and ramp up sales in July. But with the event delayed until October 13 because of the coronavirus pandemic, the online retailer will test whether shoppers are willing to open their wallets as the economy remains […]

Amazon started Prime Day in 2015 to enroll more members in its shopping club — and ramp up sales in July. But with the event delayed until October 13 because of the coronavirus pandemic, the online retailer will test whether shoppers are willing to open their wallets as the economy remains weak.

Despite that shakiness, there are signs that Americans are ready to spend: About two-thirds of consumers indicate they plan to shop on Amazon Prime Day, more than either Black Friday or Cyber Monday, according to coupon site RetailMeNot.

That explains why some experts predict that Amazon Prime Day — not Black Friday — will serve as the early kickoff for the 2020 holiday shopping season this year, generating as much as $10 billion in total sales during the October event, according to some retail analyst predictions.

Some consumers may prefer locking in deals early rather than waiting for the prospect of better prices later in the holiday season, especially as some big-box stores like Target and Best Buy also plan to offer October deals to limit in-store shopping in November and December due to the ongoing pandemic.

“Amazon Prime Day is going to push right into the holiday shopping season, so we’re bracing for mid-October through December to be really busy,” said Kristin Cook, managing editor of Ben’s Bargains, a site that tracks retail sales. “I don’t think we’ll get much of a break between this and everything else.”

What is Amazon Prime Day?

Amazon Prime Day is an annual sales event created five years ago to celebrate Amazon.com Inc.’s 20th anniversary. The company declared the one-day event would have “more deals than Black Friday,” but would only be available to its Prime shopping club members.

As a strategy, that’s paid off handsomely. Amazon had 40 million Prime members in 2015 when it held the first Prime Day. In early 2020, the company said its membership had swelled to 150 million customers.

The official kickoff to Prime Day is at midnight Pacific Time on October 13 — or 3 a.m. EST. The event will last through October 14.

The best deals are typically offered at the start of the Prime Day event, Cook said. Amazon also tends to roll out good deals around 8 a.m. or 9 a.m., when many people are rolling into their work spaces and settling down at their computers.

“Usually by the second day, which is Wednesday, most of the good stuff is picked over,” she said. “I would say start early, and check in again in the morning.”

Who is eligible for Prime Day deals?

As mentioned above, Prime Day deals are only available for Prime members.

Amazon Prime costs $119 per year, although consumers can sign up for a monthly charge of $12.99 per month. Amazon also offers a one-month free trial of Prime, which consumers can cancel at any time. After the initial month, their credit card will be charged the membership fee.

What’s different about Prime Day in 2020?

Amazon says it’s designed a new program to support small businesses, which have been particularly hard-hit by the coronavirus pandemic.

Of course, Amazon has earned both kudos and criticism over the years for its impact on small businesses. While some small businesses rely on Amazon to sell their goods, others have accused the retail giant of creating competing products that undercut them on price.

How will discounts compare with previous years?

We won’t know for sure until October 13, but experts say they believe this year’s deals will be similar to those in previous years. Expect average discounts of about 20%, said Nathan Burrow, deals expert for the Wirecutter.

Some deals might be advertised at 70% or 80% off, but it’s best to do some research to make sure the deal is as good as advertised. One way to do this is visiting CamelCamelCamel, where you can plug in the URL for an Amazon product and see its price history — including its lowest and highest prices.

What are the best Amazon Prime Day deals?

Typically, the best deals during Amazon Prime Day are on Amazon’s own products, Cook said.

For instance, Amazon is offering early deals ahead of Prime Day on some of its devices and services, such as $50 off a one-year subscription to Audible, its audiobook streaming service. Expect to see Amazon-branded products on sale as well, Cook added, such as Amazon Essentials clothing.

She noted, “Increasingly, they have their own brands in every department you can imagine.”

What are some tips for getting the best deals?

Amazon Prime Day can be overwhelming, given the amount of items that are discounted. But experts say there are some strategies for making the most of the event.

Tue Oct 13 , 2020
WESTLAKE, Ohio — Not many people know that the No. 1 cause of fires and fire injuries in the home happens in the kitchen. In particular, unattended cooking is the leading hazard related to home fires, with scald burns coming in second. The Westlake Fire Department has participated this year […] 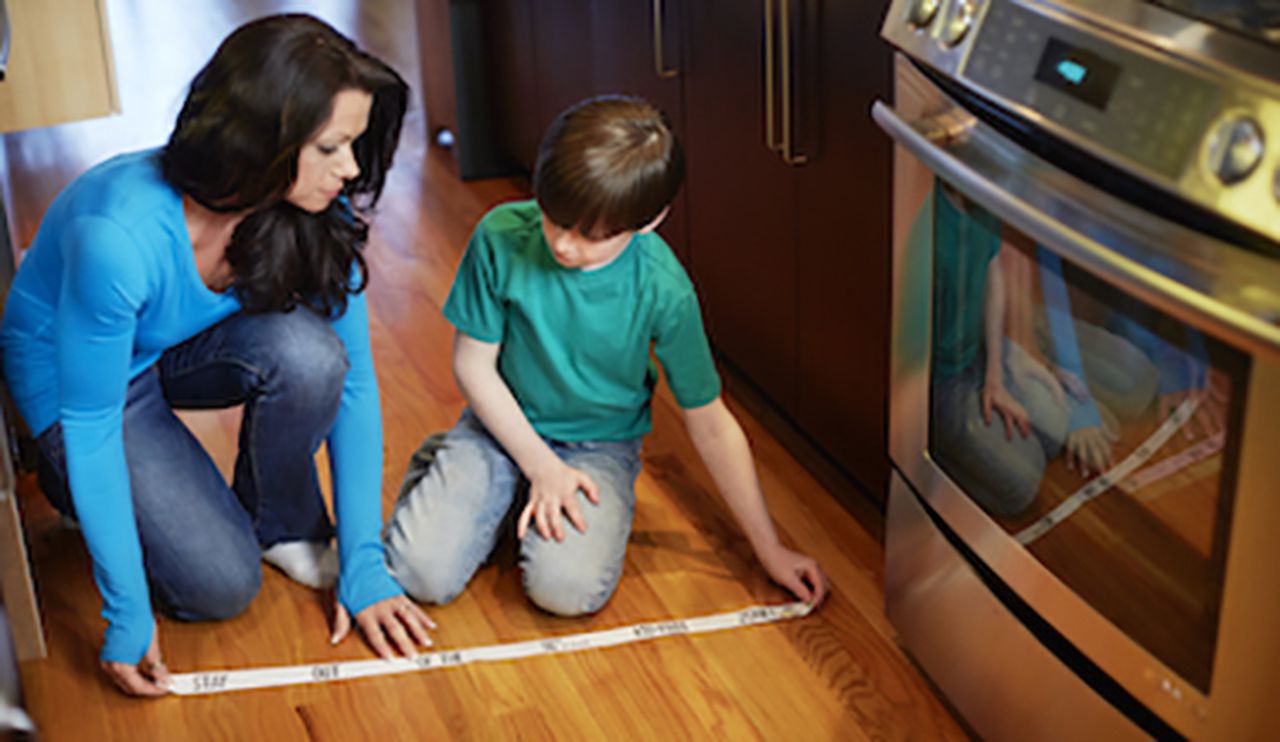