ST. LOUIS (KMOV.com) – Drive through the Central West End and you’ll see “for lease” signs on numerous buildings, highlighting a nationwide trend of closures due to the coronavirus pandemic. But at 48 Maryland Plaza, Chef Mike Randolph surveys the new pizza oven as they prepare to open a brand […]

ST. LOUIS (KMOV.com) – Drive through the Central West End and you’ll see “for lease” signs on numerous buildings, highlighting a nationwide trend of closures due to the coronavirus pandemic. But at 48 Maryland Plaza, Chef Mike Randolph surveys the new pizza oven as they prepare to open a brand new restaurant in October.

“We’ve made some changes to the concept, more approachable to the times. We’ve put in a pizza window,” explained acclaimed Chef Mike Randolph.

The Italian eatery Edera was set to open in the former Scape space in the spring, but the pandemic forced owners to rework the concept and push back the opening until October 6.

Over the seven months of the pandemic the Central West End has seen restaurants like 1764, Gamlin Whiskey, Subzero Vodka Bar, iTap and Tom’s Bar and Grill close their doors.

It’s a trend happening across the St. Louis area and the entire country. Long standing restaurants like the Feasting Fox in Dutchtown, Cousin Hugo’s in Maplewood and Cusanell’s in South County all closed. The list grows as the pandemic stretches on.

But we are also seeing dozens of restaurants like Edera open their doors despite increased restrictions like curfews and capacity limitations.

“We originally didn’t plan on having outdoor seating, which we will when we open. We obviously planned on having, and budgeted for, a full restaurant and that has completely changed a lot of things,” explained Logan Ely, chef and owner of Shift and the soon to open The Lucky Accomplice in Fox Park.

Ely will open the doors this month to his second restaurant, a neighborhood bar and restaurant on South Jefferson.

This summer saw restaurant openings like O+O from the team at Olive and Oak, Hanger Kitchen and Bar in Rock Hill, Made by Lia in Florissant, Asador Del Sur in Maplewood, Lazy Tiger in the Central West End and Diablitos Cantina near SLU.

“August 2020 had more openings than August 2019, which nobody was more surprised to see than me,” explained George Mahe, the dining editor for St. Louis Magazine.

And in the coming months, we expect to see even more new restaurants. From a Junction House, a sports bar from Brett Hull in Wentzville, to a second location for Pappy’s Smokehouse in St. Peters to Upbar, a rooftop bar at the new Element Hotel in Midtown.

While there is a bright side, there’s still worry. With winter around the corner and an unknown on what the pandemic might bring, there’s a fear for restaurant owners like Ely.

“If people want restaurants in a few months or a year, besides Chilli’s or Cracker Barrell, go support your neighborhood spots,” said Ely.

Kitchen hacks for when you are tired of cooking

Wed Sep 23 , 2020
Cooking Tips By Rachel Murugi Meal prep and have food at the ready (Photo: Shutterstock) No matter how much you enjoy cooking, you may end up facing some times when you can’t do it. During these seasons when your morale in the kitchen is in a ditch, you’ll need to […] 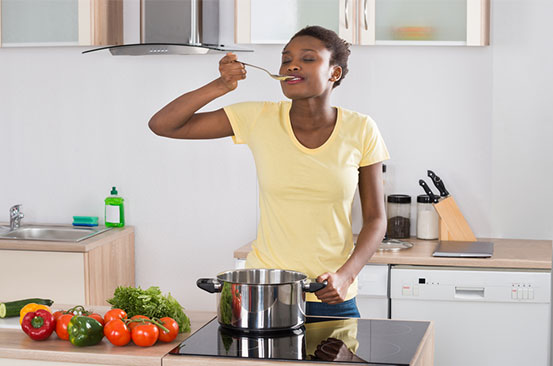