The Gibraltar Catering Association yesterday said catering facilities are being subjected to “tighter restrictions and more regulations…with reduced economic help” as a result of ongoing Covid-19 regulations in Gibraltar. It said businesses in the industry are on the “cliff edge”, adding that the Government’s latest BEAT measures announcement “falls short” […]

The Gibraltar Catering Association yesterday said catering facilities are being subjected to “tighter restrictions and more regulations…with reduced economic help” as a result of ongoing Covid-19 regulations in Gibraltar.

It said businesses in the industry are on the “cliff edge”, adding that the Government’s latest BEAT measures announcement “falls short” on assistance.

In a statement to the press, the GCA said it is disappointed with the level of assistance offered by the Gibraltar Government for Quarter 4 despite multiple meetings at ministerial level outlining the requirements for the industry.

But in its response, the Government of Gibraltar said the GCA will also be beneficiaries to new measures that will offer financial support to local businesses.

In its salvo, the GCA said assistance for the catering industry for the second and third quarters ran parallel with Civil Contingency regulations.

As lockdown measures lifted and Gibraltar was due to Unlock the Rock on August 1, BEAT Covid assistance measures decreased during the second phase from 60% to 40% and then 20%.

But the GCA said: “Unlock the Rock never materialised and what we have now are tighter restrictions and more regulations imposed on bars and restaurants with reduced economic help.”

It said that if restaurants are being restricted to 50% of its seating capacity, then “Government assistance should reflect assistance of 50% in rental discounts across both Government and private venues”.

The GCA said that the 20% BEAT Grant continuation for October and November is “short of what is required”.

“It is clear that the Government was minimising BEAT assistance to 20% with a view to lifting restrictions completely on August 1,” the GCA said.

“It seems unfair that with continuing restrictions that are more severe than anything in Quarter 3 we should be only offered the minimum amount and for just two months.”

“With continued rules on social distancing and limitations on group sizes and capacity members of the association are feeling anxious about the immediate future and the reality of a big downturn in Christmas bookings which is vital for them to make it through the low season,” a statement from the GCA read.

“Brexit in the new year will pose even further challenges.”

“The catering fraternity are the only industry to have had their premises reduced by 50% without the corresponding assistance materialising, a point that although insisted on in multiple occasions has fallen on deaf ears time and time again.”

“Unless the government act quickly to keep assistance in line with restrictions they have imposed, there will many hospitality closures ahead, potentially leaving hundreds unemployed.”

For its part, the Government of Gibraltar said it “notes with disappointment” the statement by the GCA on BEAT measures announced by the Chief Minister last week.

The Government listed some of the new financial support measures introduced for the last quarter in its response to the GCA’s comments.

In addition, there will be a 100% reduction in tables and chairs licences for external areas for Government tenants and a 50% reduction for Private tenant until April1, 2021; a suspension of all rentals and licence fee increases until April 1, 2021 and a payment to each business of in effect 20% of their averaged payroll (for April/May) for each of the months of October and November.

The Government said it has expressed support to a proposal from the GCA similar to the “Eat Out to Help Out” scheme in the United Kingdom and it is waiting for detailed proposals.

“Further, the Government has introduced the partly guaranteed loan scheme from Gibraltar participating Banks to support businesses during the pandemic,” the Government said.

“This scheme is available to all restaurateurs.”

“The Government has repeatedly informed the GCA at face-to-face meetings that it cannot expect the tax-payer to provide any more financial support than is currently being provided.”

“They are seeking greater cash payments from Government and greater discounts from Private Landlords at a time when the public is able to witness that despite the current restrictions both take away businesses and restaurants continue to attract good business to their establishments.”

“The ‘Think Local, Buy Local’ has particularly been evident in this sector.”

“This sense of entitlement to more financial support from the tax-payer in the current crisis when they are already in receipt of significant support is unfortunate, especially when so many businesses who are in receipt of little if any support continue to do their bit in supporting our economy.”

Thu Oct 1 , 2020
Tens of thousands of low-income California seniors stopped receiving home deliveries of free food just as COVID-19 cases and deaths in the state were peaking, thanks to a century-old federal policy to include surplus cheese in government aid packages. As the coronavirus began to spread in March and Gov. Gavin […] 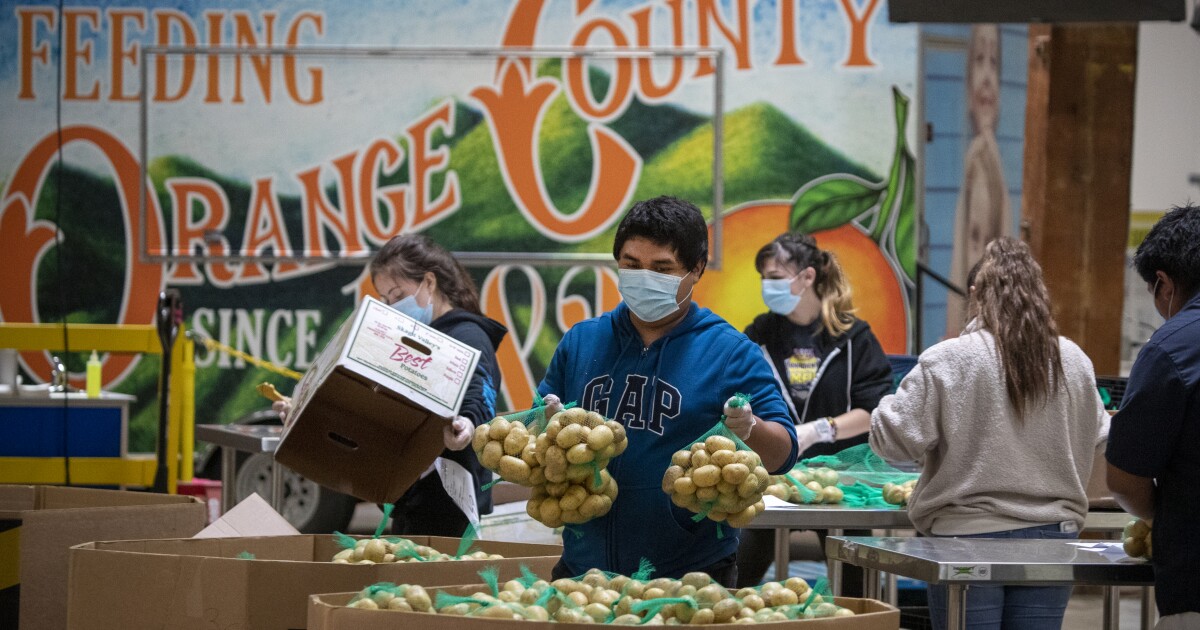