The coronavirus pandemic has left corporate kitchens dramatically underutilized, while growing unemployment has driven the city’s food insecurity numbers to unprecedented levels. Feeding America and the Atlanta Community Food Bank estimated that 16 percent of people in the 29-county service area of the food bank would be food insecure. With […]

The coronavirus pandemic has left corporate kitchens dramatically underutilized, while growing unemployment has driven the city’s food insecurity numbers to unprecedented levels. Feeding America and the Atlanta Community Food Bank estimated that 16 percent of people in the 29-county service area of the food bank would be food insecure. With many out of school, 26 percent of children, one in four, might go hungry.

To address the staggering divide, Second Helpings Atlanta and the ACFB joined forces to launch the Atlanta Community Kitchen Project, which connects hunger relief agencies and commercial kitchens with the goal of providing hundreds of thousands of meals to Atlanta families in need.

In the spirit of tikkun olam, Bold Catering & Design partner Robby Kukler joined to fire up his own corporate kitchen to work closely with Second Helpings Atlanta and the ACFB to prepare more than 40,000 meals for food insecure people around metro Atlanta. A long-time advocate of the ACFB, where he was past chairman of the board, he is also a board member of the Food Well Alliance, a local organization supporting urban agriculture and local farmers. Kukler was also honored as one of the Atlanta Business Chronicle’s “Most Admired CEOs” of 2018.

“We know all too well that food insecurity in our area, and throughout the country, has been an ongoing problem for years, and the pandemic has only made it worse,” Kukler said. “Community is ingrained in our company culture and we are honored to join forces with Second Helpings Atlanta and the Atlanta Community Food Bank to do our part in giving back to those in need.”

Founded 20 years ago by Fifth Group Restaurants, Bold Catering & Design pivoted during the pandemic, going back to its roots, with a mission to feed people. The company takes as much pride in joining other local businesses to fight food insecurity as it does for catering a million-dollar corporate event.

Andrea Jaron, executive director of Second Helpings Atlanta, expanded on the need for help. “We saw a huge spike in demand, and the prepared meal programs using under-utilized commercial kitchens helped address many of our community’s challenges in an innovative way.” Prior to that position, Jaron held development positions with The Weber School and the Anti-Defamation League.

“As the city’s leading nonprofit rescuing surplus food and distributing it to those in need, Second Helpings Atlanta was uniquely positioned to carry the load. With a deep understanding of the inner workings of both the corporate and large event venue kitchens and the benefiting agencies, they quickly mobilized to make change,” she continued. 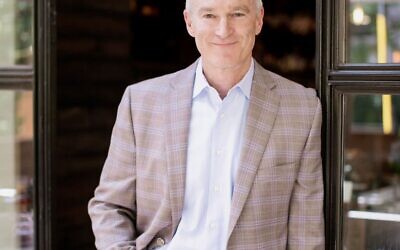 The agency began as a social action project in 2004 at Temple Sinai Atlanta, and in 2012 it became an independent nonprofit, incorporated as Second Helpings Atlanta, Inc. Today, it is believed to be Atlanta’s only nonprofit food rescue logistics organization dedicated to reducing hunger and food waste in the metro Atlanta area by rescuing healthy surplus food and distributing it to those in need. Its network of over 120 food donors and partner agencies allows the organization to reduce food waste and food insecurity at the same time.

Since the COVID-19 pandemic began, Second Helpings Atlanta ramped up its distribution, moving hundreds of thousands of pounds of fresh food and now also coordinating the logistics for meal delivery throughout the metro region. From end to end, they collect meals from corporate kitchens and deliver to hunger relief agencies to distribute to their clients. This effort not only provides food to the hungry, it puts out-of-work service staff at commercial kitchens impacted by the crisis back to work. An example of a new agency added for service is the Boys & Girls Clubs.

The Atlanta Community Kitchen Project was funded in large part by the city’s top corporate leaders such as the Rotary Club of Atlanta. In addition to Bold Catering, supporters include Chick-fil-A, the Atlanta Falcons and Mercedes-Benz Stadium, the Atlanta Hawks and State Farm Arena, Proof of The Pudding, Sysco Foods and NCR.

Daniel Boulud is taking on sponsors to reopen his NYC restaurant

Fri Sep 25 , 2020
“We wanted to create an illusion of something different,” Boulud said during a phone interview. “No one went to the south of France this summer. I thought, Let me take them there. We will make it like a party in Cannes, a party in St. Tropez.” He said he couldn’t […] 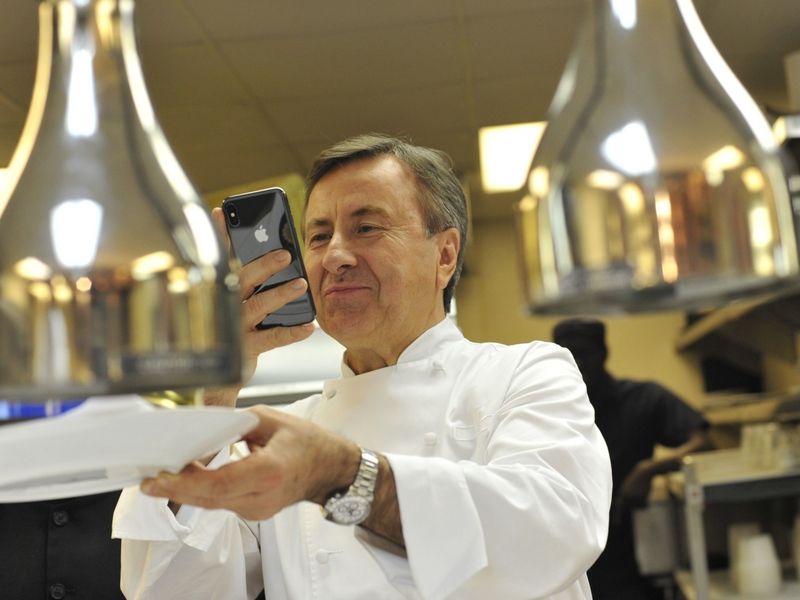