A new study released Thursday from the Centers for Disease Control and Prevention found that adults who contracted COVID-19 were about twice as likely to say they had eaten at a restaurant in the 14 days before getting sick, confirming other evidence that has suggested a possible link between dining […]

A new study released Thursday from the Centers for Disease Control and Prevention found that adults who contracted COVID-19 were about twice as likely to say they had eaten at a restaurant in the 14 days before getting sick, confirming other evidence that has suggested a possible link between dining and virus transmission.

“Exposures and activities where mask use and social distancing are difficult to maintain, including going to locations that offer on-site eating and drinking, might be important risk factors for SARS-CoV-2 infection,” the authors of the study wrote. “Implementing safe practices to reduce exposures to SARS-CoV-2 during on-site eating and drinking should be considered to protect customers, employees, and communities and slow the spread of COVID-19.”

The study did not differentiate between indoor and outdoor dining. Researchers relied on interviews in multiple languages with roughly 800 people across 10 states, which did not include New York. Participating states included California, Colorado, Maryland, Massachusetts, Minnesota, North Carolina, Ohio, Tennessee, Utah, and Washington.

The authors did note that “direction, ventilation, and intensity of airflow might affect virus transmission” even if social distancing and mask rules are enforced.

One of the obvious risks of dining is that unlike other indoor activities like shopping, masks cannot be worn while eating.

Not surprisingly, researchers also found a connection between virus infections and other types of eating or drinking establishments. Specifically, COVID-19 positive individuals in the study who said they did not have close contact with individuals known to have coronavirus were more likely to report going to a bar or coffee shop. However, the authors noted that the question about going to a bar or coffee shop did not distinguish between the venues or using service delivery methods.

Asked about the CDC report, Dr. Wafaa El-Sadr, a professor of epidemiology at the Mailman School of Public Health at Columbia University, said, “It is not surprising that dining at a restaurant was found to be associated with a positive test. This is likely due to the fact that eating and drinking, two activities intrinsic to visiting a restaurant, require removal of face covering.”

She added: “This finding should give pause to the current urge to pursue indoor restaurant dining.”

On Wednesday, Governor Andrew Cuomo announced that New York City could resume indoor dining at 25% capacity at the end of the month, following mounting pressure from restaurant owners who have struggled to survive on outdoor dining alone. Roughly 10,000 restaurants across the five boroughs have applied to hold outdoor dining.

A recent survey from the New York State Restaurant Association found that nearly 64% of restaurants said they are likely or somewhat likely to close by the end of the year without some form of financial relief.

“Restaurants also pose a possible risk,” Cuomo acknowledged. “But there is also a great economic loss when they don’t operate.”

The governor said that depending on infection levels, New York City restaurants could expand indoor dining to 50% capacity as early as November 1st.

Although indoor dining at 50% capacity has been allowed in the rest of the state, city and state officials had initially been reluctant to green light the practice in New York City, where more than 23,000 people have died from the virus. Across the country, the re-introduction of indoor dining has been followed by a spike in virus infections.

In June, a JPMorgan study analyzed credit and debit card data and found a connection between increased restaurant spending and a subsequent rise in coronavirus cases. To differentiate between dining-in and takeout, the study examined “card-present” transactions, ones made by a person paying in the restaurant rather than ordering online, and determined that they were “particularly predictive” of an eventual surge in infections.

Following Cuomo’s announcement, Mayor Bill de Blasio said that the city would reassess indoor dining if the positivity rate of coronavirus tests were to climb to 2% or above. The city’s positivity rate has been below 2% for about two months now, and as of Thursday was 1.09%.

On Thursday, de Blasio sounded caution about indoor dining, noting that it has “a direct connection to the resurgences we’ve seen” around the world. “It’s great that indoor dining is back but we’re going to be very careful to make sure it’s done right,” he said.

When asked about dining indoors, epidemiologist Dr. Stephen Morse told Gothamist, “In any situation, we’re reducing the risk. There are few, if any, guarantees in life. The current ceasefire with the virus can change at any time, and should remind us not to be complacent, but we’re probably better off than some other places that have more virus currently circulating.” However, he added, this is all inferred from “the very limited data we have, which makes decision making more like a game of chance than like a rational process.”

Mon Sep 28 , 2020
“Howdy, and if I could follow that with a handshake, I would.” This personable welcome  to “A Taste of Cowboy: Ranch Recipes and Tales from the Trail” is followed by light-hearted and entertaining information about chuck wagon cooking, the people author Kent Rollins has known and the food he has […] 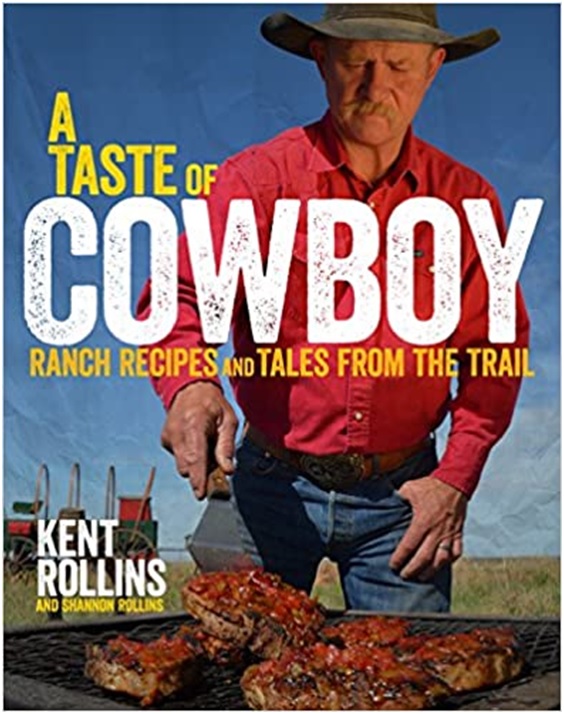