Edna Clagg was born 82 years ago in Glenwood, West Virginia, in Mason County. Before her father’s first wife passed, there were three children born. It wasn’t until her father married Nellie Christian years later that she was born. “By the time I was born, children from dad’s first marriage […]

Edna Clagg was born 82 years ago in Glenwood, West Virginia, in Mason County. Before her father’s first wife passed, there were three children born. It wasn’t until her father married Nellie Christian years later that she was born.

“By the time I was born, children from dad’s first marriage were already grown,” Clagg said. “I was really raised as an only child. Dad was a disabled Army veteran with limited mobility. This left a lot of responsibility running a farm to my mother and me. We never had the convenience of farm tractors, so horses were used for plowing the garden and practically anything that required heavy work. You can imagine how well we treated those two horses.”

Clagg remembers the process of separating cream from milk; she knows the difference between the taste of freshly slaughtered hog meat and store-bought meat. Out of necessity, she became quite proficient with the complete process of taking a chicken from the coop in the morning and having it for Sunday dinner. Not only did they make clothing from feed sacks with patterns, but bed sheets were made from white feed sacks.

“Town Hall grade school was about a 20-minute walk that followed the dirt road going by the house,” Clagg said. “Typical of country schools back then, it was a one-room building that required two student volunteers each day to carry water from a neighbor’s house about a half block away. I usually had egg sandwiches for lunch but would sometimes trade with another student who had sandwiches made with grape jam that we didn’t have at home.”

Clagg spoke with fond memories about her all-time favorite teacher, Ms. Meadows, who drove a pickup truck. Sometimes Clagg would ride to the Point Pleasant Board of Education with Meadows to pick up school books. She also taught the entire class, boys and girls alike, how to crochet — a skill she still possesses today.

“I rode the bus to Hannan High School,” Clagg said. “I walked a half mile to catch the bus that usually picked me up around 7:15 a.m. The ride always took over an hour because of all the stops. I played trumpet in the band, which allowed me to attend all the football games. I would stay overnight with girlfriends after the games because I didn’t have a way home. I graduated in 1957.”

During the 10th grade, Clagg began dating a boy who was three years older; they continued dating all through high school.

“I met Richard in Palestine Baptist Church located near my grade school,” Clagg said. “I graduated high school in May; we were married in June of 1957. Richard was a great husband, father and provider. At the time, Richard was a general building contractor. He built our home in Milton, where we lived for over 55 years.”

“We became members of Trinity Church of God on 28th Street and 3rd Avenue,” Clagg said. “After our retirement, Richard and I became involved with the food pantry. We were looking for something to keep active, and the work seemed to be quite rewarding. Richard enjoyed working there until he started having bouts of illness. We were married 60 years before he passed away. After Richard’s passing, I started volunteering more of my time in the food pantry, which helped me emotionally. My daughter, Debora, has even become involved now.”

The food pantry at Trinity Church of God operates under the same guidelines of the Facing Hunger Foodbank. They consider each family that comes to their church as having a genuine need for food, and they act accordingly.

“Our food pantry is open on Thursdays from noon till 3 p.m.,” Clagg said. “We rely on the generosity of church members and the support of the Facing Hunger Foodbank. Depending on the amount of donated goods we have on Thursdays greatly affects the amount of giving to families that come for help. This past August, there were 76 families and 237 individuals who came to the back door of the church for help.”

Clayton Hicks also volunteers at the Trinity food pantry. He is the first person to greet those who come for help.

“I complete the necessary documentation and hand this paperwork to Ms. Clagg,” Hicks said. “Clagg and her helpers fill the order as best they can. Because of the pandemic, the order is placed outside the back door for pickup.”

Donated food items and any dollar amount can be delivered during operating hours each Thursday. They are needed and appreciated.

The case for a restaurant bailout

Mon Oct 12 , 2020
Adam Ozimek is a first-rate labor market economist, but also the part-owner of an excellent bar/restaurant/video arcade/bowling alley in Lancaster, Pennsylvania, called Decades — which, like so many bars and restaurants, has been hit hard by the coronavirus and economic crisis. He reported on September 17 that while “revenues have […] 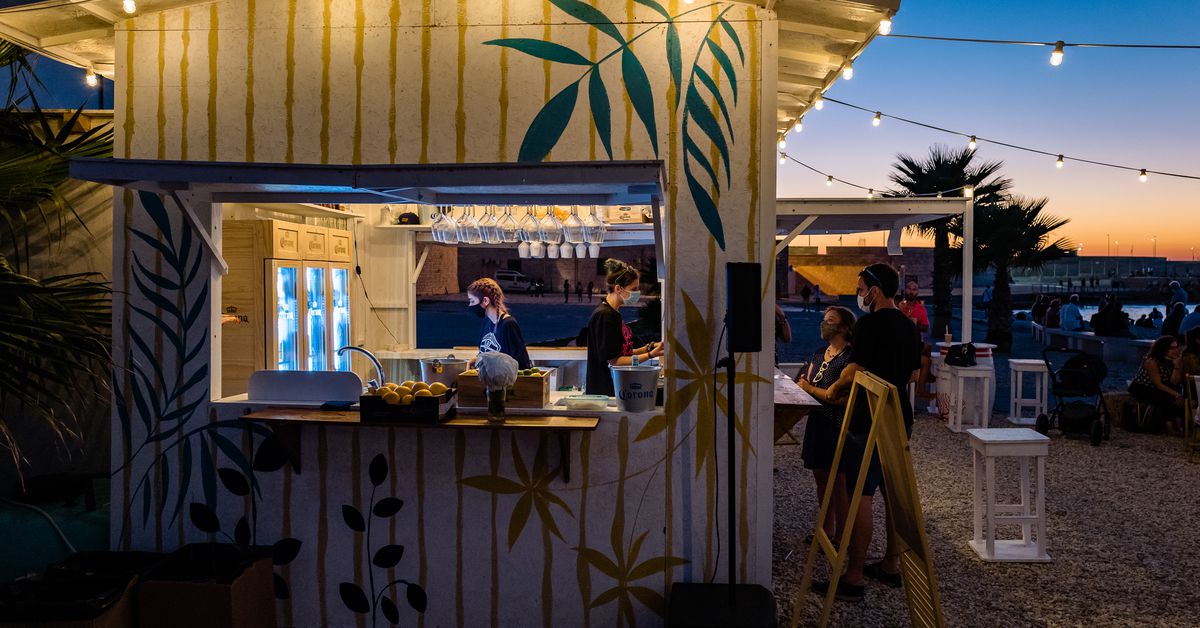