“We wanted to create an illusion of something different,” Boulud said during a phone interview. “No one went to the south of France this summer. I thought, Let me take them there. We will make it like a party in Cannes, a party in St. Tropez.” He said he couldn’t […]

“We wanted to create an illusion of something different,” Boulud said during a phone interview. “No one went to the south of France this summer. I thought, Let me take them there. We will make it like a party in Cannes, a party in St. Tropez.”

He said he couldn’t afford to redesign the dining room himself. “You see the restaurant world. No one is making any money—it is about survival,” he said. Brands approached him with offers of help, he said, adding that the cost of creating his temporary spot is “five figures,” a fraction of what it costs to open such a restaurant ordinarily.

“The artistic director at Hermès is a longtime customer and friend. He said, ‘Let me know how I can help,’” Boulud said.

“During a challenging time for the restaurant industry, we are excited to be a part of an innovative dining concept by a chef who has risen to meet the moment,” Davide Riboni, president of Lavazza Americas, said via email.

The Boulud sur Mer menu will feature southern French staples such as salt-baked whole fish with herbs of Provence, and a classic, fragrant bouillabaisse, Boulud said. Prices will be about 20% lower than they were before the pandemic, with a prix-fixe menu served inside for around $125. Outside, an à la carte menu will be offered to customers seated in colorful cabanas, to be introduced next week for colder weather.

Boulud said the sponsors will be name-checked.

“We will have a place on the menu that’s a thank-you to the collaborators,” he said. “We are being transparent here.”

Companies make donations to restaurants for charity events and pop-ups. Boulud has used such sponsors as American Airlines and Patron for events such as his Citymeals on Wheels Sunday Supper. And American Express has been a high-profile partner with Eleven Madison Park on its seasonal jaunts to the Hamptons and to Aspen, Colo. But Boulud said this is the first time he is using money from a company for his restaurant, and he hasn’t heard of others that are doing so beyond pop-ups.

The landscape Boulud is working within is challenging. According to an OpenTable study, as of Sept. 22, sit-down dining in New York was down 85%, compared with last year. That’s sharply worse than the global decrease of 45% and the national decrease of 52%.

Boulud sur Mer is scheduled to stay open until Nov. 30. If it’s successful, Boulud said, he might keep it through the holidays before he returns to some version of restaurant Daniel.

In the future, he said, he would like to team up with a fashion brand the way another star chef, Massimo Bottura, has worked with Gucci.

“I see Ralph Lauren restaurants, I see Armani restaurants. I’m looking forward to a collaboration with a house,” he said. “They can really work well.”

Fri Sep 25 , 2020
Sindhi Seyal Chicken Recipe: This stew-like curry goes best with some basmati rice Highlights Sindhi cuisine boasts of some of the most iconic dishes from India It is poular for amazing food combinations Here is a quick and easy Sindhi seyal chicken you can make at home A collection of […] 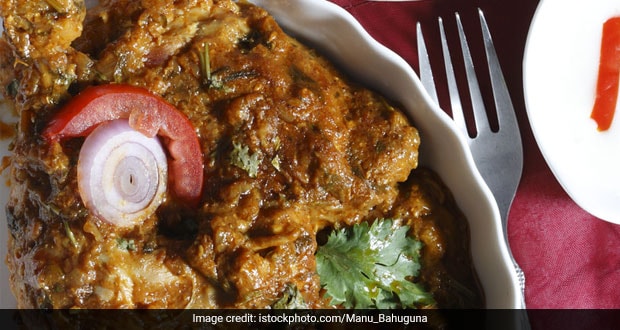