About seven years ago, Gabriel Aiello decided to quit cigarettes, fast food and soda. He missed soda the most. He tried seltzer but it bored him. And he missed his ginger beer and whiskey. Finally, Aiello’s wife suggested he make his own soda – a healthier soda. It was the […]

About seven years ago, Gabriel Aiello decided to quit cigarettes, fast food and soda. He missed soda the most. He tried seltzer but it bored him. And he missed his ginger beer and whiskey.

Finally, Aiello’s wife suggested he make his own soda – a healthier soda. It was the beginning of a quest that would eventually lead to a production kitchen and the creation of his own brand. Burly Beverages products are now found in grocery stores, restaurants and bars, including Raley’s, Corti Brothers and Nugget Market.

In addition, the flavors can be sampled at the Burly Beverages Gift Shop and Tasting Room at 2014 Del Paso Blvd. Due to COVID-19, the tasting room is open for private parties only, typically for groups of six to 10 people. Appointments are free but must be scheduled in advance through the Burly Beverages website.

Aiello seats his customers at the tasting bar and begins guiding them through the various flavors. Syrups are diluted with sparkling water unless the customer requests it straight up.

Burly Beverages makes shrub syrups as well as soda syrups. A shrub is a combination of fruit juice, vinegar and sugar, often used as a mixer with alcohol.

“If you could imagine a hybrid between a pickle and jam – that’s what our shrub syrups equate to,” said Aiello.

Burly Beverages does not make or sell alcohol, but customers are allowed to bring in their own spirits for tastings. Aiello then mixes cocktails, using the spirits to demonstrate suggested pairings and cocktail recipes.

“We typically do a two-hour kind of happy hour-meets-cocktail lab sort of vibe,” he said.

Burly Beverages products are made using turbinado sugar. “I wanted something that I could feel good about consuming,” explained Aiello.

Turbinado sugar, sometimes referred to as “sugar in the raw,” is more nutritious than you might think, according to Aiello. It’s less refined than white cane sugar, which means it retains more of its naturally occurring molasses.

“Iron, B vitamins, all of our electrolytes – they all live in that molasses,” Aiello explained. “So when you take that away, you’re taking away all the stuff your body can actually use.”

Syrups are made from locally sourced ingredients. When it’s time to make ginger beer, they haul in about 1,200 pounds of fresh ginger, then sit in a circle peeling it with oyster shuckers.

“It’s made with all the real stuff,” said Aiello. The “real stuff” means actual root and bark of Sarsaparilla and sassafras, as well as cinnamon bark and vanilla bean. It’s a nostalgic taste for older generations, according to Aiello.

“It reminds them of the root beer of their childhood,” he said. “Back then, root beer hadn’t been turned into a liquid candy yet. It wasn’t all concentrates and extracts and corn syrup. It was still made with those roots and barks. You can definitely tell the difference.”

The only syrup with caffeine is the Cascara Cola. Both the cascara (the husk from the coffee bean) and the cola nuts contain naturally occurring caffeine.

Burly Beverages recently decided to take part in a new project. Before the pandemic, the company would host customer appreciation days with live music, food and cocktails. Now Aiello is moving the party indoors with ShelterFest Sacramento.

“It’s going to be a five hour live music-art-comedy collage,” he said.

The event will take place on a private YouTube channel, and feature live music, comedy and poetry performing at local venues. Food and beverages – including Burly Beverages – can be preordered online for delivery the day of the event, October 10. Tickets are $20, and proceeds will go to support struggling local venues, as well as Sac Safe Space for Unhomed Youth. Tickets are available through EventBrite.

SouthPaw Sushi is a recent addition to Del Paso Boulevard. The restaurant was opened in 2019 by sushi chef Lou Valente, formerly of Lou’s Sushi in midtown.

Valente had never even heard of sushi until he moved to Los Angeles in 1991. Then some friends took him out for dinner and he fell in love.

He found a job as a dishwasher in a Japanese restaurant and worked his way up. Eventually, he moved to San Francisco, where he attended culinary school. At the same time, he got a job working at Ace Wasabi’s under well-known sushi chef Kiyoshi Hiyakawa.

SouthPaw serves up a variety of small-plate specialties, the equivalent of Japanese tapas. These include items like the SouthPaw Ribs, which are grilled baby back pork ribs coated with sweet garlic and ginger soy.

Also on the specialties menu is the Secret Shrimp.

“The secret shrimp have nothing to do with Japanese food,” said Valente. “That’s just something that came out of my mind.”

The dish is made with panko-crusted prawns tossed in a creamy, tangy garlic sauce.

The menu has been pared down since COVID-19 hit, but they still serve up a variety of rolls, hand rolls, sashimi and nigiri. The Uptown Roll is one of the restaurant’s more popular dishes. It’s made with spicy tuna and grilled asparagus, topped with salmon and jalapeño, and then hit with a torch. The outside is hot and cooked, while the inside remains raw.

Valente’s personal favorite is the nigiri, which consists of sushi rice topped with fish.

“I just love the combination of the fish and the rice and the wasabi,” he said. “It’s just my favorite meal.”

“Now that the weather’s getting cooler, it’s a really nice place to eat,” Valente said.

The restaurant offers classics like smothered chicken, smothered pork chops, fried catfish and deep fried ribs. The oxtails (slow-cooked and stewed in roux) and gumbo (chicken, crab, beef links and shrimp) are only available on Sundays.

Entrees range from $15 to $25 and come with two side dishes.

New American Restaurant 'The Chastain' Set To Open In Buckhead

Tue Sep 29 , 2020
BUCKHEAD, GA — The Chastain is a New American neighborhood restaurant opening next month in Buckhead. Located at 4320 Powers Ferry Road Northwest in Atlanta, the restaurant will open in the location that formerly housed Horseradish Grill, and Christopher Grossman, formerly of Atlas at The St. Regis, will serve as […] 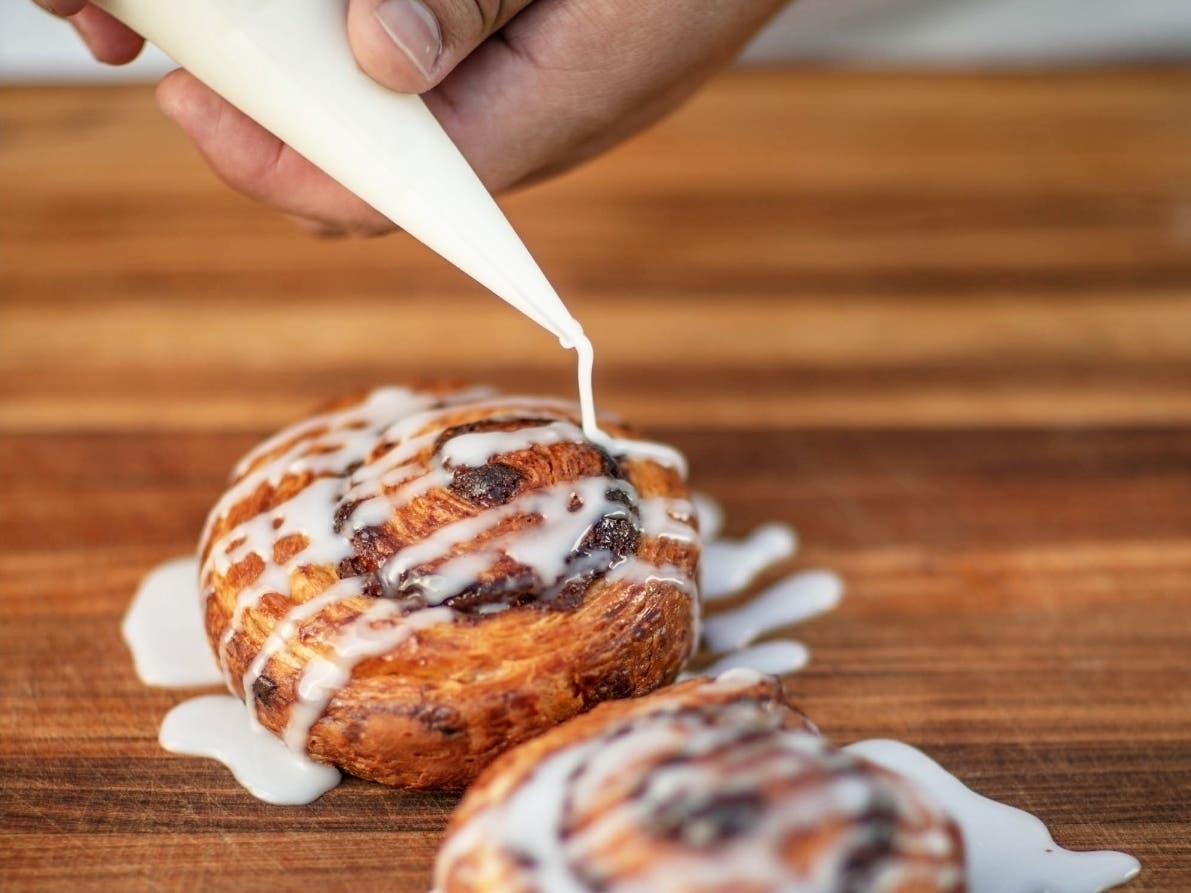