What Utah bakery makes the best cinnamon roll or chocolate chip cookie? Who has the state’s best salsa or mac and cheese? Utah Taste Off kits — designed for two people, for $45 — let food lovers decide these important culinary questions. “It teaches people a way to be a […]

What Utah bakery makes the best cinnamon roll or chocolate chip cookie? Who has the state’s best salsa or mac and cheese?

“It teaches people a way to be a food critic,” said co-founder Kristy Stoner, “because there are all sorts of different factors that go into why we like food.”

The taste kits contain four to six versions of that week’s selected food item. In the past, kits have featured barbecue, ice cream or eclairs. They include a placemat, pens and voting forms.

Each week, anywhere from 400 to 800 kits are sold, Stoner said. Vendors jump at the chance to participate in the marketing campaign, and it has helped their businesses since large private events have been canceled due to the pandemic.

On Saturday, the company will hold a chocolate chip cookie taste off to benefit the Utah Food Bank. Boxes are $25 — six gourmet cookies, considered enough for one person. You can pick up your kit and take it home, or join a 6 p.m. outdoor gathering with designated seating and a live band at The Traverse Outlets in Lehi. Order in advance and find more details here: utahtasteoff.eventleap.com.

Earlier this month, Lehi Bakery won the cinnamon roll competition. Co-owner David Doty said it was the freshly made dough and icing that helped the bakery — known for its doughnuts — clinch the win.

For the taste off, employees made 140 dozen rolls, a number usually sold over three weeks. “We are masochists,” Doty joked, “because those are three really intense days.”

Meiers Meats and Fine Foods, a specialty grocery store, was one of the salsa contestants, and participating involved processing 44 gallons of tomatoes sweetened with mango.

“It appealed to the whole family. It’s a good salsa but it’s not spicy,” said co-owner Matt Meier.

Utah Taste Off covered the food costs, he said. “We feel like it’s a good thing to be a part of and also to do something with the community, but also get our name out there.”

When Utah Taste Off first launched in 2019, the food marketing business planned large parties where guests would taste food items and score them on a scale of one to five for taste, texture and appearance.

When COVID-19 hit, those large gatherings were no longer an option, so they launched the take-home kits. Residents in Salt Lake, Davis and Utah counties can order the kits, pick them up at a designated site, and join the weekly online survey to find the next best local food item.

Lindsie Fitzgerald, a loan documentation specialist living in West Jordan, set an 8 a.m. alarm on a Sunday to buy her cinnamon roll kit. She has stopped going to restaurants during the COVID-19 outbreak, and after seeing a friend’s posts on social media about the taste off, she decided to give it a try.

“I wouldn’t call myself a foodie. But I liked being able to participate and have a voice,” she said. “Especially for my daughter, who’s 12, l liked that she felt important.”

This is one instance where the coronavirus actually helped a business boom. Stoner said the company has increased its Instagram following from 5,000 to 22,000.

If the virus had not eliminated events and large gatherings, she said, “we still would just be doing one party a month; things would be a lot different.”

Fri Sep 25 , 2020
See Full Image Gallery >> With space-saving electric powertrains becoming more common, and the prospect of autonomous driving seeming more possible, many automakers have been considering what a car interior may be like in the future. A common idea is to make it like a living room or like your […] 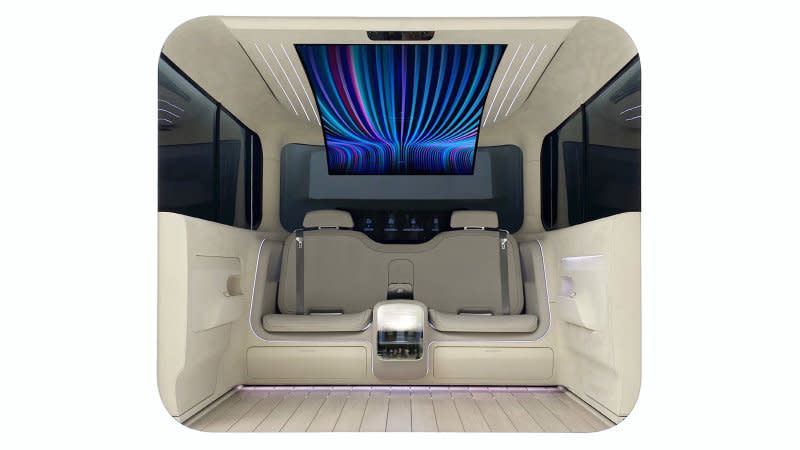