Tom and Loretta Tenuta, the husband and wife team who have been preparing locally sourced fine foods for the Berkshires for two decades, have not reinvented the wheel. But in this time of tumult, the wheel has reinvented them. With 75 percent of their business lost due to the coronavirus […]

Tom and Loretta Tenuta, the husband and wife team who have been preparing locally sourced fine foods for the Berkshires for two decades, have not reinvented the wheel. But in this time of tumult, the wheel has reinvented them.

With 75 percent of their business lost due to the coronavirus pandemic, the Tenutas, owners of the West Stockbridge-based SoMa Catering, decided months ago to completely roll with it.

Gone, for now, are the catered galas and weddings, the high-volume, palate-pleasing endurance tests drawn to the decimal point. In their place: a food truck and an assemblage of mobile, wood-fired cooking devices, including a pit smoker, pizza oven, and a new, wild-looking grill built by a fly-fishing captain/welder in Brooklyn.

“Smaller events — that’s what it’s all about these days,” says Tom, as he shaves off slices of pork shoulder he’s been slow roasting over hot coals.

It’s a Friday in September, and SoMa is publicly debuting its new Argentine-style parrilla grill on wheels at The Foundry, the performance and art space in West Stockbridge.

On this evening, SoMa is feeding a few dozen attendees of an outdoor concert featuring the New York City-based singer Emily Braden and pianist Misha Piatigorsky.

“Tom and Loretta have saved the day for The Foundry,” said the very thankful Foundry owner Amy Brentano, who explained that without SoMa’s food, The Foundry wouldn’t have been permitted to serve drinks, a chief source of revenue for such an event.

This was all a last-minute booking. It’s a COVID-19 world, after all. Everyone’s improvising.

For Tom, he’s just pleased to fire up this grandmaster of grilling devices, a primordial hunk of steel custom built by Brendan McCarthy of North Fork Ironworks. The Tenutas purchased the grill in August, hoping for “live fire” opportunities such as this to come their way as the days grow colder.

The grill is equipped with a suspended firebox on the side loaded with burning wood. As embers fall to the brick-lined bottom, Tom scoops them with a shovel and transfers them under the main grill. By turning an old, repurposed factory wheel, he’s able to adjust the height of the grill to regulate the temperature.

Whole chickens hang from hooks. Vegetables sizzle atop the fire box. On a vertical rotisserie, that pork shoulder is crisping beside the open flames.

“When we heard Tom and Loretta were here tonight, we were like, `Cook at home? Why?'” said Sarah Thorne of West Stockbridge, joined with her husband, Peter, for an evening of dining and live music all beside the Williams River in the old village under the stars.

And here’s some good news: Thanks to a $141,358 grant awarded to West Stockbridge this past week through the state DOT Shared Streets and Spaces program, SoMa, along with other village eateries, may soon begin providing outdoor dining this fall with tables and heat lamps.

If that all comes together: great. SoMa has been rolling with it since March, when COVID-19 hit and their large event bookings started canceling en masse.

Fortunately for them, months prior, they had purchased the food truck — an MT45 Freightliner fully equipped to feed a throng. As pandemic reality set in, they decided to climb aboard and provide pick-up meals in their parking lot at 4 Albany Road three days a week through the summer.

The food truck has also allowed them to ramp up weekly appearances through the fall at breweries in northwest Connecticut and New York State.

“SoMa is to Connecticut what David Hasselhoff is to Germany,” joked Tom.

In a way, with all these wheels, the Tenutas have come full circle. Back in 1999, Tom was 10 years deep into a successful cooking career in Boston when he was asked to cater a pig roast at Hancock Shaker Village in Pittsfield.

Having never been to the Berkshires, his first question was, “How far is that from Newton?”

He hitched up a mobile smoker to a truck and headed west.

“When I got out here, I called Loretta on the phone and said, `It is really nice out here,'” recalled Tom, who was raised in a foodie family in Westerly, R.I. Loretta is originally from southern California.

The two were married in 2000 and settled in the Berkshires that same year. They eventually opened the hugely popular Village Oven on Main Street in West Stockbridge before establishing their catering business, SoMa — named after their two daughters, Sophia and Marcella, who have played key roles in the family food service business.

Back at The Foundry, the crowd is bundled up and digging in to their meals as the singer Emily Braden takes the stage.

“I’m not going to cry,” Braden says, “but this is the first live audience I’ve seen since March. Thank you for coming tonight.”

As she and Piatigorsky launch into the jazz standard “Beautiful Friendship,” Tom throws another log into the firebox. That pork shoulder, set upon a steel spike, is topped with a hunk of pineapple. Tom gives the pineapple a squeeze, and its juice seeps with a sizzle into the pork.

“Ahh,” Tom says, satisfied. For a moment, everything in the world is simply perfect

3 Changes Restaurant Companies Are Making After the Coronavirus

Mon Oct 5 , 2020
The COVID-19 pandemic negatively affected the restaurant industry more than many other sectors, and for obvious reason. People haven’t been allowed in dining rooms for much of 2020, meaning most restaurant sales have come from to-go orders and delivery. That’s fine for businesses like Domino’s Pizza, which was already set […] 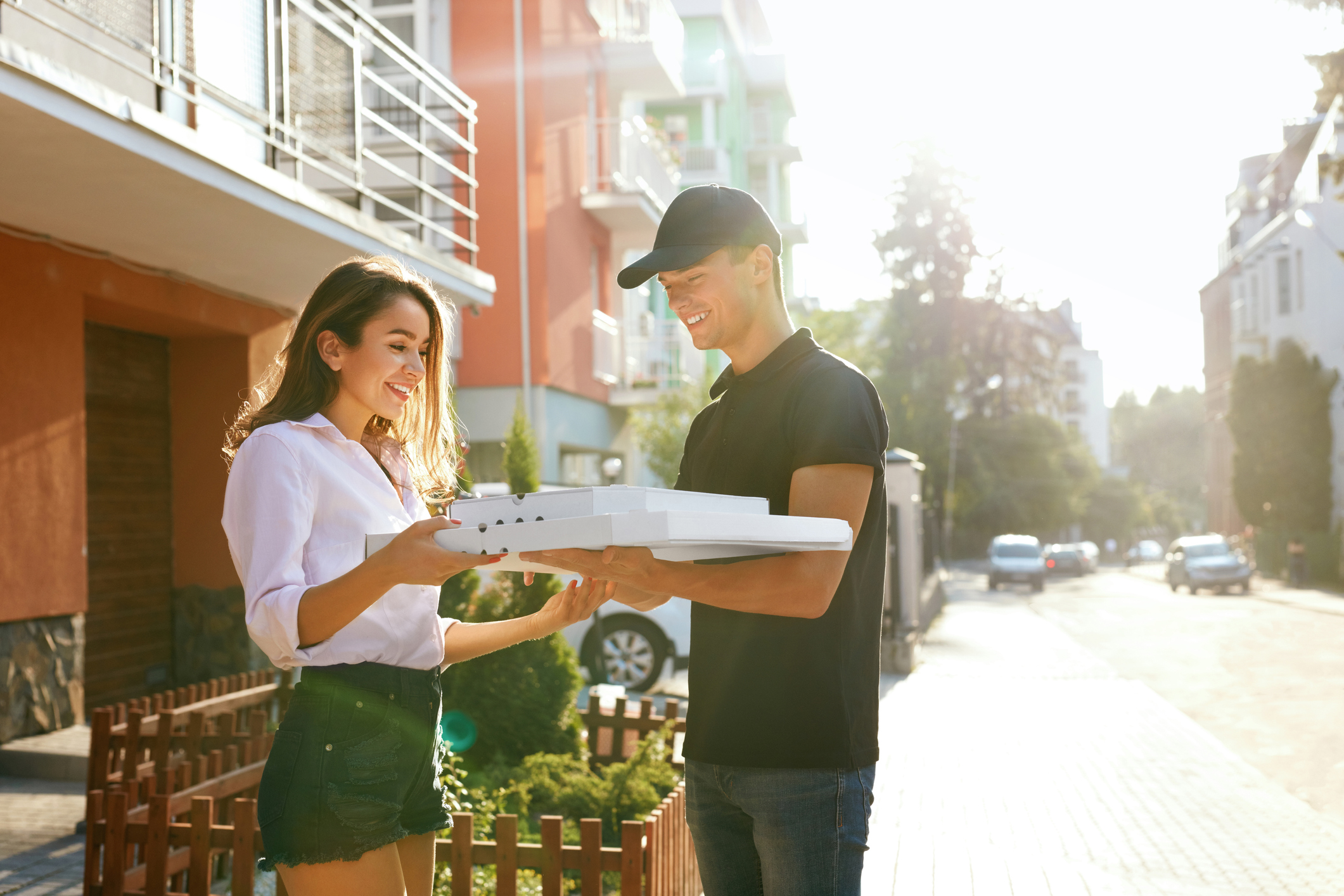