A letter in English and Spanish, on White House letterhead, exhorts needy Americans to wash hands and maintain social distance, closing with: “We will support Americans’ recovery every step of the way. Together we will overcome this challenge, and our Nation will emerge from this crisis stronger than ever before.” […]

A letter in English and Spanish, on White House letterhead, exhorts needy Americans to wash hands and maintain social distance, closing with: “We will support Americans’ recovery every step of the way. Together we will overcome this challenge, and our Nation will emerge from this crisis stronger than ever before.” And then Trump’s distinctive signature.

San Francisco-Marin Food Bank is removing the letters at distribution sites and asking any of the neighborhood pantries in their network that receive these boxes to do the same, says Keely Hopkins, the food bank’s communications and social media manager.

“We wouldn’t put any third-party messaging in our boxes, and we wouldn’t want anyone to think we are pushing a political message,” she said.

“It is our understanding that the [U.S. Agriculture Department] is requiring all CFAP-contracted vendors to include this letter in every CFAP food box,” she said. “We’ve made it clear to our partners: We are not placing this letter in the box. We do not endorse any presidential candidate and have no connection to the letter and the inclusion of the letter in these boxes.”

Food banks aren’t the only institutions receiving these boxes. Many schools that serve as distribution points for food assistance will receive these boxes directly.

The letter isn’t the first time the Trump administration has faced accusations of campaigning under the guise of federal pandemic response. In September, Democrats on the House Oversight and Reform Committee criticized the administration’s plan to launch a $250 million campaign via the Department of Health and Human Services to “defeat despair and inspire hope” and called the effort little more than “political propaganda.”

The HHS document indicated that most of the money would be spent between now and January — a timeline that triggered Democrats’ concerns that the public relations campaign has a political undercurrent.

The Farmers to Families Food Box program has been fraught with problems, with untested providers nabbing huge contracts, some contracts withdrawn for failure to produce agreed-upon boxes, and large swaths of the country receiving no boxes at all. Last month, the USDA announced it had entered into contracts with 50 entities for the third round of food box deliveries, which include contracts to purchase up to $1 billion authorized by Trump.

The federal government announced in April it would purchase $300 million per month in fresh fruit and vegetables, dairy products and meat. The USDA would pay distributors directly to pick up available food from farmers and ranchers and food that was slated for food service, and truck it to food bank hubs, with the aim of providing immediate relief for farmers and ranchers as well as to the growing number of food-insecure Americans. Vegetables, meat and dairy were to be broken down into “household-size” quantities and repackaged in boxes that could be tucked into the trunks of cars for contactless delivery.

The program has grown in scope to $4 billion, with Agriculture Secretary Sonny Perdue announcing Tuesday that more than 100 million food boxes have been distributed via the program.

To politicize this, says Joel Berg, chief executive of Hunger Free America, a nationwide anti-hunger nonprofit organization, “is absolutely outrageous. It essentially blackmails nonpartisan food charities into aiding Trump’s reelection campaign by threatening more Americans to go hungry if these food boxes are not distributed. This move by the Trump Administration is illegal and immoral.”

Kate Leone, chief government relations officer at Feeding America, says that member food banks are coping with an average of 60 percent more need than there was pre-pandemic, and that anything that distracts from that mission makes the work of food banks more difficult. She says record-high grocery prices and unemployment have thrown millions of Americans into food insecurity for the first time, and kids who would have received free or reduced-price lunch in school are especially vulnerable with virtual school being the norm in many states.

She says many food banks will not comply with including the letter.

“It is our understanding that the distributors are under contractual obligation to include the letter, but the food banks are not required to include them, so many will be removing them. But that is time-consuming,” she said. “From my perspective, the piece of this that is most troubling is what is it doing to the relationship between the food banks and the people they serve.” 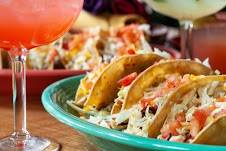