FORT WORTH (CBSDFW.COM) — While gas prices may be ticking down, other essentials such as the price you pay for food in the grocery store keeps rising.  CBS 11 News went to the Culinary School of Fort Worth for some tips and tricks people can use today to save money on […]

FORT WORTH (CBSDFW.COM) — While gas prices may be ticking down, other essentials such as the price you pay for food in the grocery store keeps rising.

CBS 11 News went to the Culinary School of Fort Worth for some tips and tricks people can use today to save money on their grocery bills.

Ched Pagtakhan is the culinary operations manager here and said the number one thing to keep in mind is to have a plan, and to buy bulk — it’s cheaper. “Most people go to the grocery store and will just buy chicken thighs chicken leg quarters. Well again with the supply chain issues that we have, sometimes they don’t have those parts, but you’ll probably will always see whole birds that you can buy because not a lot of people understand how to break those down.”

Another trick is to buy a vacuum sealer if you don’t have one. Pagtakhan said it will help keep your food fresh for a longer period of time.

“We’re able to take that product and suck out all of the air. I just pulled this out of the freezer, but you’ll notice there’s no ice crystals on the inside. Part of the benefit of that is the oxygen is no longer in there and we can keep this frozen until we need to utilize it,” said Pagtakhan.

While leftovers might not be the most exciting things, Pagtakhan recommends to spice it up to serve to your family to make it feel like a whole new meal.

“Finding different cooking methods, it just makes it a little bit more interesting. You don’t want to make a large batch of spaghetti, for example, and have to eat that the next three nights… At home, you can make meatballs one night, you can make meatloaf another, and lasagna the next day so [you are] getting the most out of those larger cuts of meat that cost less per pound.”

The #GroceryHack hashtag is becoming more popular on TikTok, with users providing their own hacks such as cutting meat to smaller portions while cooking to make the meat go longer.

“As a chef, I see videos online that really intrigue me and catch my eye,” said Pagtakhan. But he urges people to do their research before trying any hacks or cooking something new.

“Doing quick searches on your phone, ‘Hey, I never cooked with artichokes before, what are some of those dishes that I can pull off with the ingredients that I can have access to?””

While at the grocery store, Pagtakhan said shoppers can find some deals to save some money, “Every single grocery store has an app that tells you which items are on sale. Sometimes there are special coupons that are kind of blasted on the day of that kind of tells you how the grocery store is kind of managing and if there is something they kind of need to get rid of quickly.”

Nick Starling joins CBS11 from KSHB-TV in Kansas City, Missouri, where he was a reporter for over three years. Before that, he reported in Omaha, Washington D.C., Lincoln and in central Nebraska.

Tue Aug 2 , 2022
Let’s just get this out of the way: we eat with our eyes first. It’s overused, possibly annoying. But, this is the style issue, and what better time to add a little style to our plates? There is something to be said for things simply looking nice, but not all […] 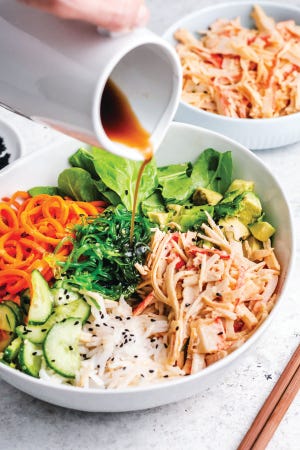