This is a tale of culinary survival. The coronavirus pandemic devastated the restaurant industry. Nearly one in six restaurants nationwide have closed either permanently or long-term this year due to the COVID pandemic, according to a Sept. 14 survey by the National Restaurant Association. Nearly 3 million employees are still […]

This is a tale of culinary survival.

The coronavirus pandemic devastated the restaurant industry. Nearly one in six restaurants nationwide have closed either permanently or long-term this year due to the COVID pandemic, according to a Sept. 14 survey by the National Restaurant Association. Nearly 3 million employees are still out of work, including thousands in Connecticut.

The state’s restaurant industry is subsisting on takeout, indoor dining rooms at half capacity, and, if venues are fortunate enough, some expanded outdoor dining. The industry was buoyed Thursday by Gov. Ned Lamont’s announcement that indoor dining capacity would expand to 75% on Oct. 8. Still, as the weather grows cold, the industry fears a second round of layoffs.

But through patience, ingenuity and help from friends (and the government), many restaurant owners have nonetheless persevered. Here are the personal stories of five familiar Hartford restaurateurs who’ve endured the first phase of the crisis and are bracing for the next.

“We are facing the most difficult time in our history and these upcoming weeks and months are imperative to many of us surviving,” he wrote. “Our future is dependent on sales and simply put we need more of you supporting us if we are to make it through these unprecedented times..”

The plea helped, Cialfi said, and a day later, Peppercorn’s had its best Saturday in months. But he feels his 31-year-old restaurant is getting overlooked, and he’s frustrated.

With lost corporate business and guests dining before theater performances at the nearby Bushnell, he’s relying on a core group of regulars that comes frequently and orders higher-end dishes like steaks and lobster. He texts those regulars a list of specials each day.

“Obviously our clientele is older, that’s a big part of it,” he said. He understands why older guests might be more reluctant to dine out if they’re at higher risk. To boost sales and make diners more comfortable with choices, he’s offered curbside pickup, delivery, family meals for four and some expanded outdoor dining.

It bothers him to see diners choosing chain restaurants and national brands over small businesses like his own. “That’s what America thrives on,” he said. “Support the small business owners. Why go to the chains?”

“It breaks my heart … me not getting a piece of the pie,” he said. “I’m not greedy. I don’t need to pack them in…I just need to get through this. And that’s what I’m going to try to do. I’m not going to go down without a fight.”

Lizanne Searing has spent 29 seasons on UConn’s Storrs campus serving up breakfast sandwiches, soups and burgers to students, faculty and staff. But with drastically reduced foot traffic on campus, she will not be parking her cart between Arjona and Monteith Halls this semester.

She gave it a try, but “I went for two days, and I don’t think I sold 30 sandwiches [total],” she said. Normally, she’d sell 30 sandwiches in half an hour.

The past six months have been overwhelming for Searing, who vends year-round at UConn and says it’s 90% of her business. COVID shutdowns and restrictions also upended much of her summer event schedule, including weddings and weekly stops at the Coventry Farmers Market.

“Everything canceled, and it just left me desolate,” she said. She applied for and received a disaster loan from the Small Business Association, which helped her pay some larger bills.

But there have been glimmers of optimism, too. Searing has had success vending at South Windsor’s Connecticut Valley Brewery on weekends, and she has a new weekday address as of Sept. 21. She’s serving breakfast and lunch Monday through Friday, starting at 7 a.m. at Coventry’s Nathan Hale Farm & Feed on Route 44.

“Their response has been really, really good. I mean, I had probably a dozen people from UConn drive over because they know I’m there,” she said. “And people I haven’t seen in years came and said, ‘Lizzie, we heard you were here. We want to support you.’ I have a big following, and it’s been really heartwarming to see so many people come out.”

Matt Crowley said he considers himself lucky. His side-by-side Newington restaurants are small and don’t have a lot of overhead costs, and the menus are set up for casual takeout: burgers, sandwiches, hot dogs and fries at GoldBurgers, and weekend breakfast options at 5 & Dime.

“Half of [my guests] were getting food to go anyway [before COVID],” he said. He still hasn’t reopened the indoor dining rooms at the restaurants, but he has some outdoor tables for guests who want to sit and eat.

Sales have dropped some, Crowley said, but he calls it manageable. “But … it’s not indefinitely manageable. It’s just — the unknown, is the hardest thing.”

Crowley points to a bright spot during the first few months of COVID-related shutdowns. In March, he and his staff began collecting Venmo donations to feed people in need, serving meals from the back window of 5 & Dime’s building. A $6 donation would cover a meal or sandwich, and anyone in need would get one, no questions asked.

“The way people were talking, my first instincts were, ‘People are going to be hungry, people are going to lose jobs, this is awful,’” he said. “So I tried to figure out a way to cook for people out the back window.” He also reached out to the Newington Food Bank and a nearby church, who helped put the word out.

Over about three months’ time, he estimates they served about 1,500 to 1,600 meals to the community. “It felt good to be doing good,” he said.

Khalid Williams is concerned about his industry peers’ mental health. Friends and colleagues lean on him for guidance and support, and he says his inbox is still filling up with pleas for help, six months after the initial shutdown.

“This industry can kind of break you down if you’re not attentive to your own personal health and safety,” he said. “You add this [pandemic] and it’s even harsher on folks.”

Williams was working for Cotton Hollow Kitchen in South Glastonbury, which opted to stay closed until the end of April. In late March, he began filling in at Taprock, which offered takeout and delivery. Going back to a restaurant setting in those first weeks, when COVID numbers were high, was “very frightening,” he said, because he shares a home with at-risk family members.

He said guests have been “extremely generous” with tips, for which he’s grateful, and he’s also enjoyed talking with customers who’ve bought cocktail kits, sharing tips and expertise. “That part has been really beautiful.”

The summer season went well for most eateries, Williams said, as favorable weather and expanded outdoor dining spaces gave restaurants a boost. But he’s concerned about the change of seasons.

“I know a number of restaurants that did better in July and August than they did last year. This was the year of the ‘staycation.’ [But] September now, it’s getting cold again. There’s almost no way there will not be another round of layoffs. There’s just absolutely no way. And that uncertainty is creeping back in.”

St. Patrick’s Day, and the day of the associated parade in Hartford, are naturally the biggest of the year at Vaughan’s Public House on Pratt Street. Officials canceled the March 14 parade because of COVID-19 concerns, and by March 17, restaurants were shuttered.

“We had done all our orders for St. Paddy’s and parade day, and we got stuck with those, so that was kind of a kick in the teeth,” Vaughan said.

Vaughan said he expected to be closed for “maybe six weeks, two months,” but more than six months later, he’s just now reopening the pub in late September. He decided not to stay open for takeout because “nobody was downtown,” he said.

“We just decided it wasn’t a worthwhile battle,” he said. “There’s not enough people downtown. You have to fish where the fish are. Unfortunately, we’re so dependent on the business and the traffic and the events.”

The six-month closure allowed him to complete some cosmetic renovations, and he said he received PPP funding that was helpful. He credits the state, Hartford city officials and the Connecticut Restaurant Association with helping businesses navigate the pandemic and its effects. But he’s hoping the industry will see more assistance.

Vaughan said he’s not sure what to expect as he reopens his 17-year-old restaurant, but he’s optimistic. “We’ve done, and are doing, everything we can to ensure that you have a safe and healthy visit to the pub.”

Leeanne Griffin can be reached at [email protected]

Indian Cooking Tips: How To Make Chapatti Noodles With Leftover Roti From Your Last Meal

Fri Sep 25 , 2020
You may also add some scrambled egg or shredded chicken to make a non-veg version of the dish Highlights We must try to recycle the leftover food, instead of throwing them away We bring a unique noodle recipe that includes chapatti instead of noodles You may add eggs and chicken […] 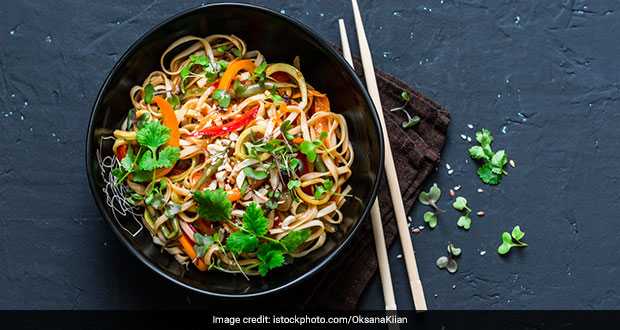