Chicken Recipes: Malvani cuisine is characterised by extensive use of coconut with spics and herbs.

Looking for a cuisine that has just the right amount of spices and brimming with taste and flavour? Indian cuisine, with a plethora of rich and flavoursome dishes, would rightly fit the bill. From Ladakh to Kanyakumari, every Indian region has a dish that can tantalise your taste buds. Malvani cuisine from the South Konkan region of India is one such example. The cuisine boasts of many scrumptious, spicy delicacies that are tough to find anywhere else. An amalgamation of Goan and Maharashtrian cuisine with a distinct cooking technique, Malvani cuisine is characterised by extensive use of coconut in its various forms (grated, dried, or its milk) along with chillies, spices and herbs.

Even though Malvani cuisine has a good variety of vegetarian dishes, it is predominantly known for its non-vegetarian dishes such as Kombdi Vade, Jhinga Fry and Paplet Saar (Malvani fish curry with pomfret). What also distinguishes it from other cuisines is the unique combination of spices that makes for the authentic Malvani masala, used across its delectable dishes. The Malvani masala is a mix of 15-16 dry spices that are ground with coconut, imparting a distinct flavour. If you are new to the Malvani cuisine, we have a simple yet absolutely delicious chicken curry to begin with. Not only is it easy and quick but is also a delicious traditional curry that is sure to get you hooked to the Malvani cuisine. 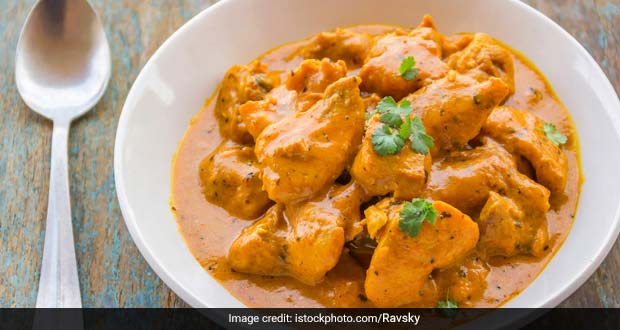 Spicy Malvani chicken curry has dry roasted and freshly ground Malvani masala and coconut paste cooked together into a fiery masala. The chicken is then sautéed along with water and cooked over a low flame until the gravy thickens and the chicken turns tender. A simple and quick recipe, Malvani chicken curry makes for a perfect lunch or dinner dish when served with rice or roti.

Try it at home and share your experience in the comments section below.

About Aanchal MathurAanchal doesn’t share food. A cake in her vicinity is sure to disappear in a record time of 10 seconds. Besides loading up on sugar, she loves bingeing on FRIENDS with a plate of momos. Most likely to find her soulmate on a food app.

Food trucks find new life in the suburbs amid the pandemic

Fri Oct 2 , 2020
The coronavirus pandemic has had a enormous effect on the restaurant industry: Owners have had to think creatively to make their dining rooms safe, and outdoor dining has become a staple in most cities. Many places have struggled to hold on as social distancing measures and fewer patrons have affected […]