SINGAPORE – When father-of-two Faruk was sentenced to seven years and 10 months’ jail in 2017 for drug-related offences, he did not expect to find a passion for decorating cakes or learning how to fold pastries while behind bars. The 38-year-old, who declined to give his full name, spends six […]

SINGAPORE – When father-of-two Faruk was sentenced to seven years and 10 months’ jail in 2017 for drug-related offences, he did not expect to find a passion for decorating cakes or learning how to fold pastries while behind bars.

The 38-year-old, who declined to give his full name, spends six days a week in a kitchen as part of his work programme during his incarceration in the Changi Prison Complex.

While his family has yet to try his creations, the former mechanic hopes to make his sons, aged 12 and 13, their favourite strawberry cheesecake, when he is released.

“My family was surprised that I could bake cakes. I could see from their faces that they are happy I’m learning because I have never done this kind of thing before,” said Faruk in a phone interview on Wednesday (Oct 7). “(In the kitchen,) I learnt how to be patient, relax, and come up with more ideas to decorate (the cakes).”

He hopes to work in a pastry shop after his release.

About 30 or so inmates are chosen every year to work in The Changi Tearoom, after they have attended correctional programmes that support their rehabilitation.

They are chosen based on interest or prior experience working in the food and beverage sector. Other programmes include tailoring workshops and working in call centres.

Located in the prison complex, the catering kitchen serves as an industry-standard training ground for offenders.

It is managed by YR Industries, a subsidiary of the Yellow Ribbon Singapore. While the public can usually order catering services from the kitchen, it currently serves only prison staff in the light of Covid-19 safety measures.

Another offender, who wanted to be known only as Michael, said he refined his skills in The Changi Tearoom kitchen.

He is serving a 5½ years’ jail term for drug-related offences. The 29-year-old had previously worked as a chef for a decade before his incarceration in 2018.

He said: “I feel very lucky and very blessed to have this opportunity because there are only so many of us and (I am) able to gain something during this time.”

Michael plans to cook his family and friends a three-course feast after his release. “They deserve everything since I put them through so much and they’ve stood by me, so I want to do what I can for them.”

Faruk, Michael and the other chefs are in the midst of rolling out six-course meals for an online silent auction on Oct 22.

Four sets, each enough to feed four, will be delivered to the highest bidders, with all proceeds going to the Yellow Ribbon Fund.

They are being mentored by the Singapore Chefs’ Association chef mentor Dexter Lim. Mr Lim has visited the kitchen three times over the past two weeks to do test runs of the menu with the inmates.

“It is definitely a joy working with them, their improvements are very big… At first, they didn’t have a full understanding of the menu, but (on Wednesday), everything was done up,” said Mr Lim, the executive sous chef at TWG Tea Singapore.

Workplace Wellness in the Restaurant Industry is Growing

Fri Oct 9 , 2020
The first time I heard about office nap rooms was seven years ago. A friend was telling me about her new job at the Huffington Post, which made headlines for being among the first companies to normalize napping as a means to boost productivity. It may have been the first […] 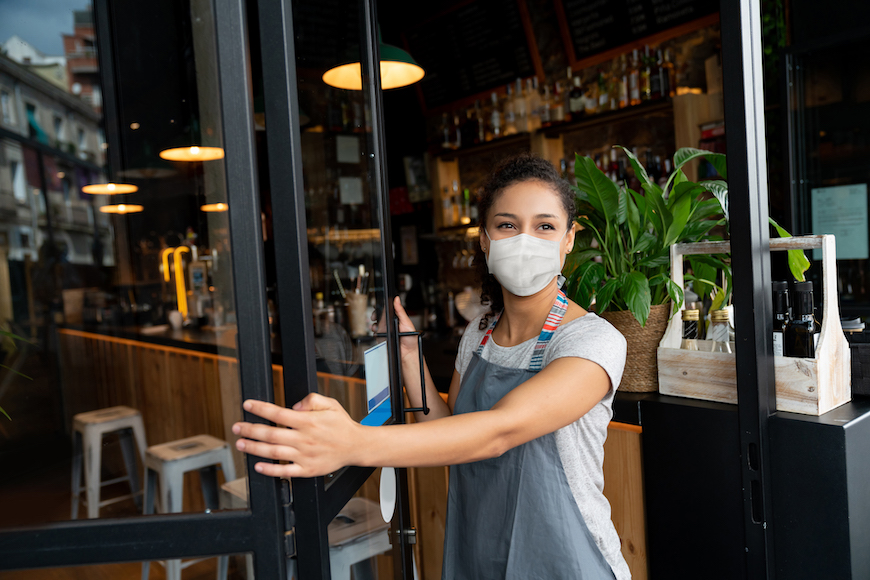