In response to the decision, a spokesperson for the popular sandwich chain told The Washington Post, “Subway’s bread is, of course, bread.” The company is reviewing the ruling. The ruling exposes “a terrible fact about our ultra-processed food supply and things like Subway bread,” said Timothy Harlan, director of George […]

In response to the decision, a spokesperson for the popular sandwich chain told The Washington Post, “Subway’s bread is, of course, bread.” The company is reviewing the ruling.

The ruling exposes “a terrible fact about our ultra-processed food supply and things like Subway bread,” said Timothy Harlan, director of George Washington University’s culinary medicine program. The fact, he said, is that “you really don’t need that much sugar there.”

Some sugar in bread is produced during the baking process when carbohydrates such as flour are broken down, said Jamie Stang, an associate professor of public health nutrition at the University of Minnesota. What consumers should be more concerned about, though, is the amount of added sugar, which can be high-fructose syrup, sucrose or honey, among other forms of sweetener, Stang said.

“That’s the piece that we have control over,” said Stang, a member of the 2020 Dietary Guidelines Advisory committee. “We can’t necessarily control how much sugar gets made when you heat whole-grain flour into bread, but we can limit how much we add.” (Nutrition labels are now required by the U.S. Food and Drug Administration to include total and added sugars.)

Recipes for yeast-leavened doughs do call for sugar to help feed the yeast, but it’s often only a small amount, said Alisa Scherban, a registered dietitian and certified diabetic educator with Yale Health.

Traditional Subway breads have between three to six grams of sugar per serving, which is a six-inch roll or half a standard foot-long sandwich, according to Subway’s most recently updated nutrition facts. The chain’s 9-grain honey oat and 9-grain wheat breads, widely thought of as healthier options due to their dietary fiber content, have six and five grams, respectively. The publicly available information appears to list only total sugars; Subway did not respond to questions about how much added sugar is in its breads.

Eating a serving of bread with five grams of sugar is equivalent to consuming “a little over a teaspoon of sugar,” Scherban said.

“What is happening is that sugar is really going into a lot of foods unnecessarily, so that they sell and that they’re super-hyper-palatable for people,” she said. Scherban and other experts emphasized the importance of being aware that sugar has crept into our diets in many places where we might not expect it, ranging from foods that are considered healthy such as yogurt and granola to savory items like pasta sauce, salad dressing and frozen meals.

When it comes to regular bread, a sugar content of 10 percent, or what’s found in Subway rolls, “gives a richness to bread flavor without that noticeable sweetness,” said Amy Kimberlain, a media spokesperson for the Academy of Nutrition and Dietetics. Sugar can also help bread retain moisture, look better and have a softer texture.

“Can you get by with less? For sure,” Kimberlain said. “It’s a taste preference.”

The FDA doesn’t regulate the amount of sugar in bread, Scherban said, so “companies really can do what they want with added sugars.”

This means commercially available breads vary widely in sugar content. Though it’s not uncommon to find sandwich bread in the grocery store with similar amounts of sugar to Subway rolls, there are options that contain less or even zero grams of added sweeteners.

Registered dietitian Kathy McManus, director of the department of nutrition at Brigham and Women’s Hospital in Massachusetts, recommends choosing breads that per slice have no more than 80 calories, less than 100 milligrams of sodium, at least three grams of fiber, less than three grams of sugar, zero added sugar and 15 grams of carbohydrates.

A slice of bread that fits those criteria would be considered “really healthy,” said Mayer-Davis, who chaired the 2020 advisory group’s subcommittee that focused on added sugar. But,she said, “there are very few brands of bread that meet that ideal.” The main reason is that most bread slices are so large they “can easily be twice that number of calories,” she said.

Bread may also be a larger contributor to a person’s daily added sugar intake than other foods, given how often it’s eaten, said Linda Van Horn, chief of nutrition in the department of preventive medicine at Northwestern University’s Feinberg School of Medicine.

“If you have one piece of candy or one cookie or some grain-based dessert once a day in a moderate amount, that could actually be less sugar than six different pieces of bread products throughout the day,” Van Horn said.

Stang noted that the advisory committee found burgers and sandwiches are a ubiquitous part of the American diet.

“There’s nothing wrong with burgers and sandwiches,” she said, “but I think there’s always tweaks that you can make to them to make them a bit healthier. . . . Small changes in a food that’s eaten very frequently can add up.”

These non-alcoholic drinks are all the fun without the hangover

Fri Oct 9 , 2020
Our team is dedicated to finding and telling you more about the products and deals we love. If you love them too and decide to purchase through the links below, we may receive a commission. Pricing and availability are subject to change. “Add to Cart” features must-have products for every occasion. […] 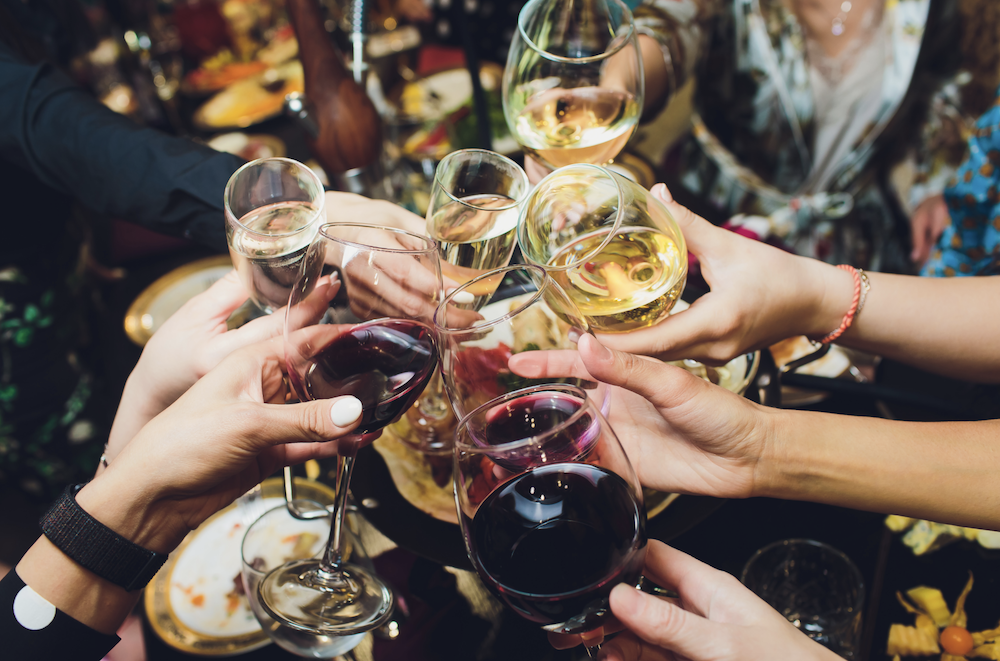