Members of the New American Farmers Cooperative, who participate in the Fresh Start Farms food hub in Manchester, a collective brand for immigrant and refugee farmers from Somali-Bantu, Congolese, Burundi and Bhutanese communities, among others. It’s a familiar activity for many: picking up eggs, honey or vegetables at a local […] 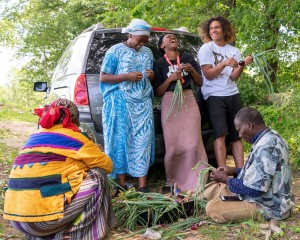 Members of the New American Farmers Cooperative, who participate in the Fresh Start Farms food hub in Manchester, a collective brand for immigrant and refugee farmers from Somali-Bantu, Congolese, Burundi and Bhutanese communities, among others.

It’s a familiar activity for many: picking up eggs, honey or vegetables at a local farm stand or spending a Saturday morning at a favorite farmers’ market.

Underpinning those local outlets is a growing number of local food hubs in and around New Hampshire. These hubs connect farmers, sellers and customers while deepening the infrastructure and distribution of local and regional foods.

Food hubs are defined as businesses that manage the aggregation and distribution of source-identified foods. Institutions — such as schools, restaurants and large wholesale buyers — don’t want to work with a dozen individual farmers. Instead, a food hub does the buying and pickup from those producers and makes one delivery to its customers.

“It removes those barriers and reduces time,” says Littleton. “Farmers don’t have to spend as much time on marketing and those business aspects.”

Food Connects, a Brattleboro, Vt.-based hub now in its 12th year, operates a 3,000-square-foot warehouse and three vehicles. Food Connects serves a territory that stretches to Peterborough, NH, and the Upper Valley and down into Massachusetts.

“We go out and pick up all the food people have ordered from over 80 farms and food businesses and bring it back to our warehouse,” notes Richard Berkfield, Food Connects’ executive director. “We pick those orders for roughly 150 wholesale customers. One place to order from, one delivery, one bill and one customer experience.”

And the opposite is true for the producers. They have access to more than 100 new customers and but only one pickup of product.

“We operate year-round,” Berkfield says. “Produce is only half of our business. We also sell fresh and frozen meat and a few different dairy products.”

Small farmers across the region saw demand for local foods grow with the onset of the pandemic. Customers enjoy being able to choose products from specific farms, which helps increase the connection between farmers and consumers.

“We are about 300% above where we were last year at this time,” Berkfield says. “The increase in demand has been really hard for us to maintain the safety of our drivers and crews. We’ve added several people and shifted operations a bit, so we have fewer trips to farms.

“It’s exciting to see the community really wanting to support local businesses and also seeing local food as a safe option,” he adds.

This food hub, which serves the greater Seacoast, was started five years ago by Josh Jennings of Meadow’s Mirth Farm, Kate Donald of Stout Oak Farm, and Greg Balog and Andre Cantelmo of Heron Pond Farm.

Jennings had been selling to 30 to 40 restaurants, and there was talk with other farmers about aggregating distribution. Chefs didn’t want 30 different trucks coming to their restaurants every week.

Jennings and his partners founded Three Rivers with four farms and now have more than 40 farmers and producers that supply about 150 groceries, restaurants and institutions. They began offering home delivery due to the pandemic and have a robust online ordering service for home delivery called Veggie-Go.

“In the past 10 weeks, we’ve gone from doing about 150 deliveries to just shy of 1,000 deliveries per week,” he said in mid-June. “We went from a staff of two to about 20 full time, and from one truck to five refrigerated trucks.”

Three Rivers serves a territory as far south as Cambridge and Somerville in Massachusetts and as far north as York, Maine, with expansion to Concord and Manchester in New Hampshire, in the works. He and his partners are optimistic the demand for local food will continue.

“Our job is to move farmers’ food, and if this makes the most sense, then we’ll keep it going,” he says. “The goal of Three Rivers is always to pass on the most amount of money to the producers. We work really hard to keep costs as low as we can.”

Jennings says it wasn’t that long ago when there weren’t any winter farmer’s markets or food distribution systems. Now there is year-round access and home delivery service.

“Hopefully, we will see lasting changes,” he notes.

Food hubs serve a wide range of communities and operate on scales of varying sizes.

Fresh Start Farms in Manchester, for example, is a collective brand for immigrant and refugee farmers participating in the New American Sustainable Agriculture Program, a program of the Organization for Refugee and Immigrant Success.

Established in 2008, it has grown to include the 56-acre Story Hill Farm in Dunbarton, along with online, wholesale, farm share and delivery options, according to its website.

The farmers include those with the New American Farmers Cooperative, which was started in 2016 by a group of refugee farmers. The cooperative is multilingual and multicultural, with its 14 member-farmers representing the Somali-Bantu, Congolese, Burundi and Bhutanese communities. Other farmers include the Umoja Farmers, who work on plots in Concord and represent the Congolese, Burundi and Rwandan communities.

“We were interested in the connection between local food and community,” she says. “It was a pilot project with a small farm and farm stand. We knew a lot of farmers and their struggles, and Bradford didn’t have any grocery stores or farmer’s markets.”

The model for this particular food hub has been about staying small.

“We built it really slowly from a farm stand,” Flanders says. “We have no debt and no loans because we want to be super flexible.”

Now the hub serves up to 40 farmers and producers in a 50-mile radius from its home base, including the Sweet Beet Farm, Sweet Beet Market and Sweet Beet Kitchen and Bakery.

While the pandemic increased sales at the farm stand, it lost revenue from restaurants, and its community events and educational programs in local schools closed.

Still, Flanders says, they are continuing their work with college interns on projects such as permaculture designs, testing compost a heat source for greenhouses, and running a community-wide victory garden initiative.

“Our mission,” Flanders says, “is about community resilience through food access and food security.”

This article is being shared by partners in The Granite State News Collaborative. For more information visit collaborativenh.org.

The Drinks Business Awards 2020 to air on Thursday

Mon Sep 28 , 2020
28th September, 2020 by Lucy Shaw The winners of The Drinks Business Awards 2020 will be announced at a virtual ceremony, which will air at 2pm BST this Thursday 1 October. Those interested in watching the awards can click here at 2pm BST on 1 October to tune into the […] 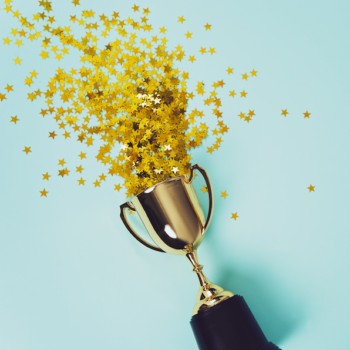