The developer proposing to tear down the River City Brewing Co. restaurant on the downtown Jacksonville riverfront has added a restaurant with patio dining to its plan for a 335-unit apartment building.

The restaurant will not be as large as the two-level River City Brewing building, but it would give Downtown Investment Authority board members assurance that the riverfront site still would have a dining option.

More: City of Jacksonville could give Shad Khan $152 million in incentives for Lot J

A DIA staff summary said the Related Group added the restaurant in response to “questions and concerns regarding the loss of a restaurant, lounge or space to be available for use by the public.”

The summary says the restaurant will be modeled after the Glass & Vine in Coconut Grove, which dubs itself an “intimate secret garden by the sea”  and touts its covered outdoor dining. The Glass & Vine menu shows its dinner plate options range from $18 for lemon garlic pappardelle to $48 for a 20-ounce ribeye steak with black truffle butter and grilled broccolini.

The DIA board will vote Wednesday on a development deal for the Related Group that involves it buying out a long-term lease held by the owner of River City Brewing for the city-owned land that’s between Friendship Fountain and the Acosta Bridge on the downtown Southbank.

The addition of the restaurant would boost the city’s incentive package by paying a $500,000 grant when the restaurant is completed or 50 percent of the actual construction cost, whichever is less.

The Related Group, based in Miami, has negotiated terms for it to buy out the lease that Maritime Concepts, which owns River City Brewing, has for the city-owned land through 2097.

The lease buy-out would clear the way for the Related Group to take ownership of the land from the city and build an eight-story building with apartments and an interior parking garage. The Duval County property appraiser puts the value of the 3.4 acre site at $4.9 million.

The city would provide 20 years of tax rebates equaling 75 percent of the increased property value caused by the redevelopment of the site. The tax rebates would add up to an estimated $11.9 million over that time and would only be for city taxes, not school taxes.

The proposed development deal would have the city pay up to $1.14 million to help rebuild the storm-damaged marina docks along the site and another $1.6 million to reconfigure access to the city-owned boat ramp which would remain in place.

The Related Group would build a Ship’s Store where boaters can purchase supplies such as ice, and the marina would continue to have a fueling station.

The DIA board is scheduled to meet at 2 p.m. Wednesday in a Zoom session.

Wed Oct 14 , 2020
“WE SPEND SO much time in the kitchen,” says kitchen designer Marie Browne. “But we don’t ask ourselves, how are we using this space? How could we be using it better?” For most households in Ireland, the kitchen is where life happens. Not just cooking, but everything from the morning […] 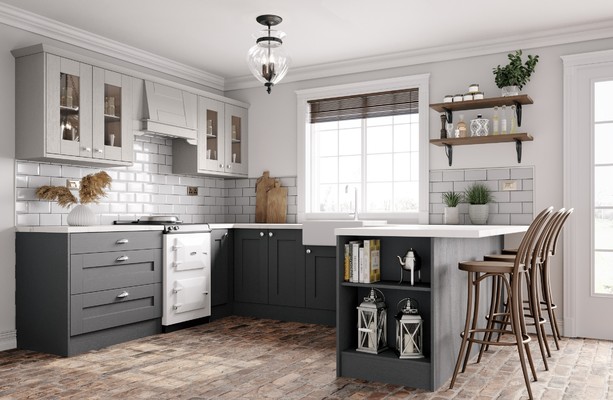