Gareth Southgate saw his experimental England side beat Wales in a Wembley friendly before warning his absent players that a number of his squad were now baying for their positions in his team. Tammy Abraham, Ben Chilwell and Jadon Sancho were all missing for the 3-0 victory having breached Covid […]

Gareth Southgate saw his experimental England side beat Wales in a Wembley friendly before warning his absent players that a number of his squad were now baying for their positions in his team.

Tammy Abraham, Ben Chilwell and Jadon Sancho were all missing for the 3-0 victory having breached Covid guidelines at the weekend.

The trio could be involved in Sunday’s Nations League clash with Belgium, having all returned negative coronavirus tests ahead of the Wales game.

But, in their absence, the likes of Dominic Calvert-Lewin, Jack Grealish and Bukayo Saka shone.

Calvert-Lewin continued his fine start to the season by breaking the deadlock on his debut before Conor Coady and Danny Ings bagged their first England goals to seal the win.

Southgate’s starting XI had just 54 caps between them but the Three Lions boss said a number of them had moved up the pecking order as Abraham, Chilwell and Sancho watched on.

“That in essence is the really big lesson for anyone in that situation, you want to be involved and playing,” he replied when asked about the importance of a player doing everything they can to keep their place.

“When you have the shirt or a place in the squad you don’t want to allow other people to have the opportunity to take it and whenever we give debuts or give time on the pitch to guys who deserve it.

“There is opportunity there for them to grab a place and push themselves up the pecking order. Several did that and there is competition for places, not just the squad we named but players just outside that.”

Southgate confirmed the missing players had all returned negative tests but cast doubt on Chilwell’s inclusion for the squad to face Belgium.

“All three players have tested negatively,” he added.

“But Ben has had some illness which we think is minor but as a precaution we have kept him separate from the group at the moment.

“There is a strong chance he won’t be with us for the UEFA testing in the morning, which would rule him out on Sunday but we would expect Tammy and Jadon to be available for that.”

Wales boss Ryan Giggs also rested a number of his key players as he keeps them fresh for their own Nations League games – but he was pleased with a number of things he saw from his young side.

“There were a lot of good things,” he said.

“We started the game really well, the pressing was good and we were confident on the ball which you have to be against a quality team.

“If you switch off or give bad goals away you are going to get punished. The first goal was disappointing because it was soft, then two goals from set-pieces after that, we normally do really well but we just went to sleep on them.”

Giggs confirmed Kieffer Moore was forced off in the first half with a toe injury which could yet rule the striker out of Sunday’s game with the Republic of Ireland.

But he offered better news on Aaron Ramsey, who missed the game at Wembley after two positive Covid tests at club side Juventus, with the former Arsenal man set to return a the weekend.

“He is going to meet us in Dublin, that is fine. He has trained all week in Turin so everything is good there.

“Kieffer has hurt his toe so we are going to access it, try and get a scan in the morning.

“I thought he was a handful tonight, a real threat, the game obviously changed with the first goal but when Kieffer went off we lost that target.”

Fri Oct 9 , 2020
Idaho skateboarder Nathan Apodaca, better known as @420doggface208 gave the world a precious gift last month: an extremely pure viral video in which he rides around, drinks straight from a big-ass bottle of Cran-Raspberry Ocean Spray, and vibes out to Fleetwood Mac’s “Dreams.” The video has already become a gift […] 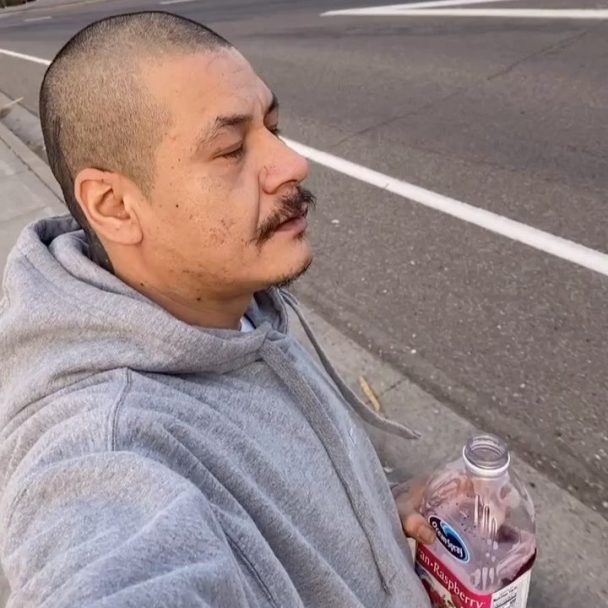