GOSHEN — Plans for a new Mexican restaurant at the former Dana J’s Deli location in Goshen’s Trinity Square Shopping Plaza moved forward Tuesday during a meeting of the Goshen Board of Zoning Appeals.

At the meeting, board members approved a request by Trinity Square Shopping Plaza LLC and John Davis Jr. for a variance that will allow the developers to renovate the former Dana J’s Deli property, which is part of a multi-unit commercial building located in the shopping plaza that also includes a Chalet Party Shoppe to the north and a physical therapy center to the south.

According to Rossa Deegan, assistant planning and zoning administrator for the city, the petitioners are currently planning to renovate the now-vacant unit for use as a taqueria and restaurant providing “high quality authentic Mexican cuisine and service at competitive prices.”

Among other things, the renovations will include new doors, electrical and plumbing work, and drywall re-finishing that will constitute the majority of the cost of the project, which is currently quoted at about $26,000.

However, Deegan noted that due to the fact that the commercial building is located within a Special Flood Hazard Area, and is not at flood protection grade as outlined by the city’s flood control regulations, the petitioners needed to secure a developmental variance from the BZA before the planned renovations could proceed.

“The zoning ordinance requires that structures located in the SFHA be brought into compliance with flood protection grade when improvements are made to any existing structure with a previous addition constructed since the adoption of the community’s first floodplain ordinance,” Deegan told the board. “Because the restaurant was renovated in 2007 following adoption of the city’s first floodplain ordinance, and because the building does not meet FPG — it is less than 1 foot above base flood elevation where a minimum of 2 feet is required — a developmental variance is required.”

Other than securing the variance, Deegan noted that the petitioners’ only other option would have been to try and raise the entire site’s flood protection grade, which he felt would constitute a significant hardship both logistically and financially.

“The property is one of three units in a building. Bringing the unit by itself into FPG may be impossible, and bringing the entire building into FPG represents a hardship so unrealistic that the building may remain vacant,” Deegan said, noting that the planned renovations will not increase the footprint of the building, and therefore not exacerbate area flooding. “The renovations constitute a reasonable and necessary upgrade to the building so that it can continue to operate as a restaurant as it has in the recent past.”

The board’s members agreed, and the requested developmental variance was approved unanimously.

As an aside, Deegan noted that officials with the Indiana Department of Natural Resources recently changed the model floodplain ordinance for communities throughout the state to allow multiple non-substantial improvements to structures in the SFHA.

As such, he explained that his department is in the process of drafting changes to the city’s floodplain ordinance to match the DNR’s model ordinance, and such changes are anticipated to be approved by the end of the year.

“If such changes are adopted, petitions such as the one in question would not be necessary, and the renovation could be approved administratively,” Deegan told the board. “The petitioners have stated they are aware of the likely future change, but have decided to proceed with a variance request in order to begin the work soon.”

Indian Cooking Tips: These Easy Paneer Thread Rolls Are Sure To Impress Everyone

Wed Sep 23 , 2020
These noodle wrapped paneer rolls are sure to impress kids and adults alike. Highlights Paneer is a versatile food that you can use across culinary experiments It is a perfect ingredient for a snacks platter Here is a paneer roll recipe that you would love to try at home Who […] 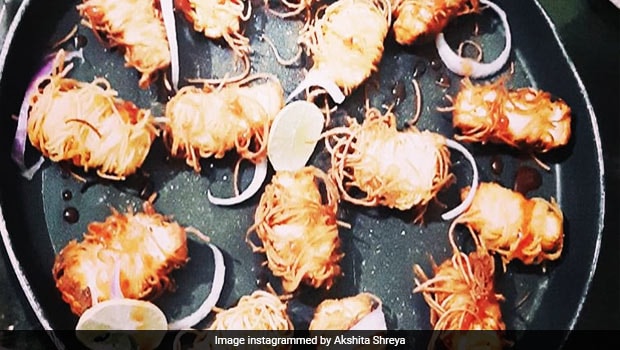