It was a month of fireworks — from the usual eye-popping East Bay pyrotechnics on and around the Fourth, to many, many local rapid tests flaring “positive purple” thanks to the latest COVID variant BA.5. Meanwhile, piles of colorful produce hit markets and plates (the stone fruit this year…), and […]

It was a month of fireworks — from the usual eye-popping East Bay pyrotechnics on and around the Fourth, to many, many local rapid tests flaring “positive purple” thanks to the latest COVID variant BA.5. Meanwhile, piles of colorful produce hit markets and plates (the stone fruit this year…), and a surprising number of new food businesses popped onto the scene. And though this metaphor might literally explode, let’s not forget the hot sparks of contention around the shuttering of Berkeley’s long-loved Cesar, forced to go out with a bang in July after 24 years. (See tomorrow’s closings.)

In Nosh’s mostly quiet neighborhood, one scary kaboom turned out to be a blown-out car with a person inside — who escaped the flames, thank goodness. The culprit? Butane. According to authorities, this type of risky recreation is a growing problem, and gives new meaning to the term Berkeley Boom. (Dab nation?) Take it easy out there, folks. Summer’s been a blast so far, but let’s all maybe chill (and cook with a little less gas) in August.

HOLDER’S HOUSE Thanks first to the Tablehopper and then Nosh contributor Brock Keeling for sharing details on the opening of Sarah Kirnon’s new venture Holder’s House, now in operation inside Oakland’s Forage Kitchen. When Kirnon’s long-loved sit-down restaurant Miss Ollie’s shuttered earlier this year, Kirnon mentioned a future fresh start with a focus on counter service and carryout, and they have done just that. Check  Instagram for weekly schedules and streamlined, rotating menus, including many of her familiar favorites — jerk chicken, saltfish and ackee, oxtails, succotash, chicken and waffles, goat curry, black-eyed peas and salads. Yum. Holder’s House at Forage Kitchen, 478 25th St. (between Telegraph Avenue and Broadway), Oakland

RAISING CANE’S Hype-wise, this might have been the East Bay’s opening of the month: Raising Cane’s fast-food chain was founded in 1996  in Baton Rouge, Louisiana, by charismatic restaurateur Todd Graves (the restaurant was named for his labrador). The franchise sells chicken fingers and a signature sauce, crinkle-cut fries, coleslaw, fried Texas toast and that’s it, and is currently in serious national expansion mode. The Oakland restaurant marked the company’s first Bay Area location, and fans (“Caniacs”) could not and still can’t get enough. Raising Cane’s, 8430 Edgewater Drive, Oakland

SLUG Look to Eater SF’s opening report for a detailed summary of Slug, sister wine bar to chef Andres Giraldo Flores’s Temescal hit Snail Bar. Located in downtown Oakland, Slug is snug in the Lionel J. Wilson building’s angular corner spot (formerly Downtown Wine Merchants) and sparkled up by a disco ball. According to Eater’s Dianne de Guzman, fans can expect a similar wine list and modern vibe to Snail Bar, but each location tells its own story. Slug features dedicated chef Spencer Horowitz (AL’s Place, Restaurant at Meadowood, Itria), and an additional music focus, including a DJ booth. There are also no escargot on the small-plates menu; instead, look for possible geoduck (slug-like?) and other cool seafood down the line, among a range of playful, innovative small plates from Horowitz to pair with natural wines. Slug, 102 Frank H. Ogawa Plaza (at 14th Street and Broadway), Oakland

TOWN FARE BY MICHELE MCQUEEN The Oakland Museum of California’s on-site cafe Town Fare went temporarily dark back in May, but is now revived and refreshed to the point where we’re listing it among this month’s nascent openings. Town Fare’s new chef is Michele McQueen (San Francisco’s Gussie’s Chicken and Waffles), and the seasonal menu, inspired by McQueen’s Oakland upbringing, is yet one more reason to head over to the museum with the family. Shared plates include deviled eggs, barbecue jerk glazed ribs, chicken wings and candied bacon skewers. Shrimp and grits, grilled salmon over field-pea succotash, fried chicken and blackened jackfruit tacos comprise some of the entrees. There are grab-and-go sandwiches such as portobello or turkey with peach jam, plenty of salads, vegetarian and vegan options, cocktails and a whole outdoor bar for the cafe’s new sun deck overlooking the museum’s beautiful gardens, and even a kids menu (that goes great with the museum’s new nature display for young explorers). Town Fare by Michele McQueen at the Oakland Museum of California, 1000 Oak St. (at 10th Street), Oakland

BUA THAI KITCHEN Longtime locals might always associate this rounded hut on San Pablo with the former Potala, but the building’s transformed, blue-hued, spruced-up look and feel matches the optimism of its new owners, who opened what was very briefly Moana’s and is now Bua Thai Kitchen. Despite the somewhat confusing name change (did Disney intervene?), the menu seems broad, carefully-crafted and appealing. Family spokesperson Thatchakon “Woody” Yaiduang told Nosh via email, “My family came from northeastern Thailand, what most Thai people call Esaan, and have been in the restaurant industry for generations. We hope you truly love our food as much as we love making it for you.” Local Thai food enthusiasts seem to be nodding so far on Yelp. Bua Thai Kitchen, 1045 San Pablo Ave. (between Marin Avenue and Dartmouth Street), Albany

GOBI MONGOLIAN GRILL The E’ville Eye had the scoop that Emeryville’s long-awaited Gobi Mongolian, part of a growing area minichain, had softly opened at the base of the Parc on Powell building. For those unfamiliar, the concept is fun and simple: Diners choose from a buffet of stir-fry ingredients, special sauces and seasonings (of varying heat levels), then wait as cooks quickly prepare their sizzling custom noodle dish on a large, traditional, circular grill. Gobi Mongolian Grill, 1333 Powell St. (between Hollis and Doyle streets), Emeryville

Thu Aug 4 , 2022
Here are easy and quick drinks which you can add to your morning routine for better health and weight loss. Want to start your day off well with something nutritious? You can benefit from some healthy morning drinks. Drinking the right morning drink can go a long way in helping […] 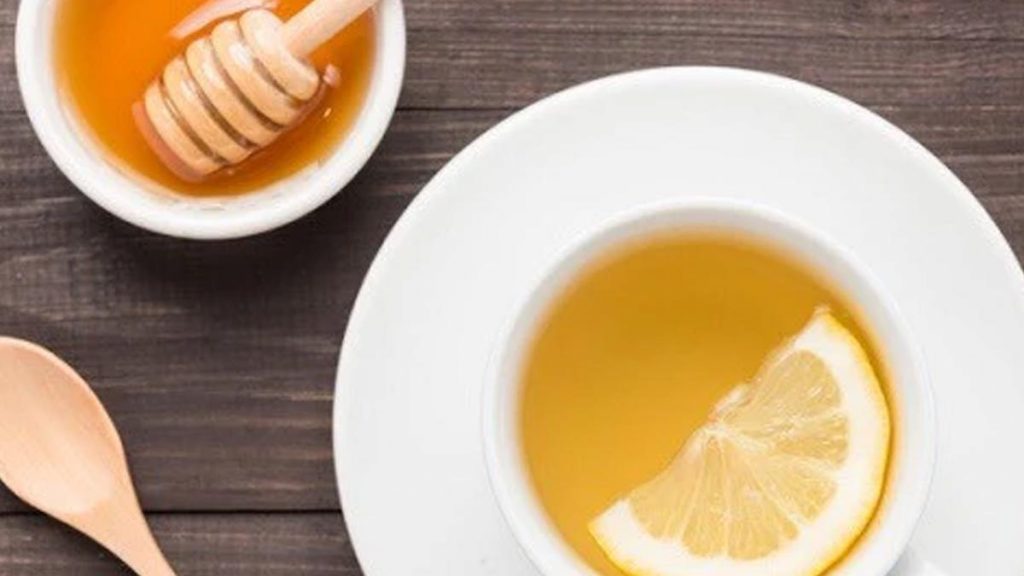