While Covid-19 continues to dominate our daily lives, farming is a sector which is often seen to have been largely unaffected by the pandemic. Food production has continued fairly seamlessly but this is testament to a resilient sector rather than one which has not had hurdles to overcome. Price volatility […]

While Covid-19 continues to dominate our daily lives, farming is a sector which is often seen to have been largely unaffected by the pandemic.

Food production has continued fairly seamlessly but this is testament to a resilient sector rather than one which has not had hurdles to overcome. Price volatility remains a major concern.

Many businesses have diversified to spread risk and tourism is a key element of this, making use of the beautiful countryside we are rightly proud of.

However, it is a sector that has been under immense pressure during the pandemic, with travel restrictions and shutdowns proving catastrophic for tourism in many cases.

Sadly, the announcement of new restrictions in households being able to meet has delivered another hammer blow.

After government initially gave the green light to continue the rule of six for self catering units, this was then changed at the last minute.

The initial exemption for self-catering accommodation, alongside hotels, B&Bs, bunkhouses and others was down to the hard work of the accommodation providers in meeting the Visit Scotland ‘We’re Good To Go’ requirements, carrying out risk assessments and putting in place mitigation measures. While public health is paramount, the impact of this decision will be huge for many rural businesses.

From September 25, it has been illegal for self-catering holiday accommodation to have mixed households resident.With less than 24 hours’ notice, immediate bookings had to be cancelled and future bookings checked to ensure they could abide by the law.

Having spoken to many Scottish Land and Estates (SLE) members – who were already working hard to keep businesses afloat – this has been an extremely stressful process, especially with a lack of clear guidance which wasn’t published until the day the new rules came into place.

Understanding the natural advantages that rural properties have in terms of space, we hope this decision can be revisited and businesses allowed to trade again.

Throughout the pandemic both Holyrood and Westminster Governments have been very supportive, going beyond what many would have thought possible to shore up businesses and employment.

As part of Fergus Ewing’s remit, we have been fortunate to have a cabinet secretary who understands the challenges facing rural tourism businesses. The first minister said last week: “If the Scottish Government had the power…so we could mitigate the impact on jobs, it is very possible, perhaps even likely, that we would have reached a different decision on hospitality.”

These impacts are being felt now by the self-catering sector and the Scottish Government does have some tools to support these businesses and jobs if they feel they cannot change the decision.

Grant schemes which were open earlier this year could be re-opened with previous eligibility restrictions removed. Similarly, planned increased regulatory burdens should be paused.

The impact of not being able to welcome mixed households to rural self-catering properties will be felt widely.

Hospitality and activities such as country sports and mountain biking will suffer due to their remote nature and the need for accommodation to be part of a trip.

These businesses are all part of the ecosystem of the rural economy and if one segment fails then all of the others suffer. We hope the damage can be minimised and businesses and jobs can be maintained.

Mon Oct 5 , 2020
Extra-spacious restaurant patios hold a lot of appeal when dining out during the coronavirus pandemic. Their enclosed nature means there aren’t random groups of people — potentially unmasked — walking by, which diners might encounter on a sidewalk or parklet-like setup. Huge patios often mean more space to distance tables […] 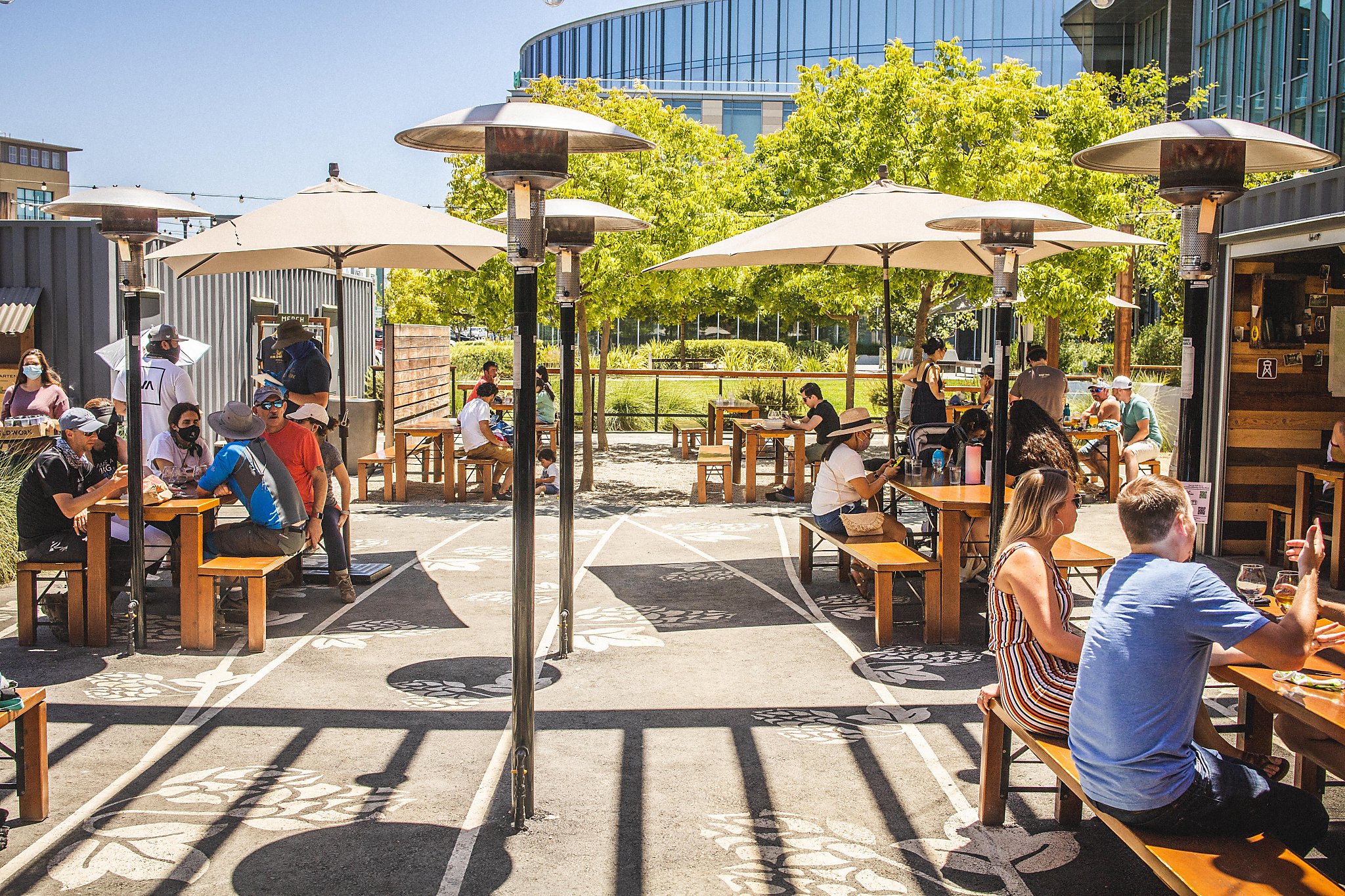