Nusret Gökçe, also known as “Salt Bae,” who rose to fame following a viral video showing the chef sprinkling salt over freshly cut steak, is now facing some business issues after his Boston restaurant was shut down for violating COVID-19 safety guidelines.

The Boston Globe reports that Salt Bae’s restaurant, Nusr-Et Boston, was ordered to shut down on Sept. 26. The owner is expected to face the city’s licensing board when officials hold an inspection hearing on Tuesday.

The shutdown comes just days after the Sept. 18 opening Nusr-Et Boston. Officials revealed that the city has received multiple complaints regarding the restaurant’s failure to follow COVID-19 safety guidelines.

On the day of the grand opening of Nusr-Et Boston, a customer claimed that many people, including employees, were not wearing masks at the restaurant on the city’s website.

On Monday, “Salt Bae” began trending on Twitter, however, it wasn’t about his restaurant. Most of the tweets were focused on a new viral TikTok video that left some viewers concerned. In the video, Salt Bae appears to be filming a woman twerking in his restaurant.

Warning: The below video does contain not safe for work language.

However, she abruptly stops dancing when an angry man begins pounding on the restaurant door. A waiter then opens the door, and the male is seen storming into the restaurant, aggressively questioning what she is doing.

It is unclear how the situation ended, but viewers are curious to know more and are hoping the woman was unharmed.

Mon Sep 28 , 2020
Pair Malvani egg curry with roti or plain paratha and treat yourself with a scrumptious meal Highlights Malvani cuisine is dominated by myriads of non-vegetarian dishes What makes it special is the inclusion of a flavoourful Malvani masala Malvani egg curry gives a flavourful twist to the regular egg curry […] 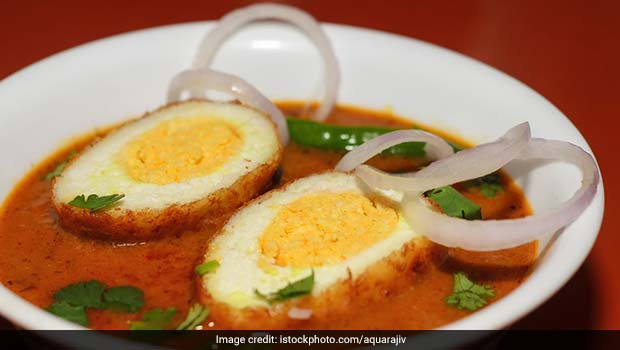