Several local restaurants are offering specials for National Taco Day on Sunday. At El Dorado Cantina in Tivoli Village and at 3025 S. Sammy Davis Jr. Drive, a platter of 12 street tacos will be $40, beginning at 11 a.m. Sunday. Pancho’s Mexican Restaurant in Downtown Summerlin is offering shredded beef, ground beef or shredded chicken tacos for $2.50 each from 5 to 9 p.m. Sunday. And Del Taco, which has 39 locations across the valley, is offering a free Del Taco with purchase from Saturday through Sunday; a different free taco will be offered every Saturday this month (download the app for the deals).

SkinnyFats at 221 N. Stephanie St. in Henderson has introduced a new spin-off concept, Blaze of Thunder, available via its drive-thru. The menu includes the Blaze of Thunder signature hot chicken sandwich with pickles and cole slaw on a Hawaiian bun, hot chicken tenders with pickles and ranch on a Hawaiian bun, and sides such as mac and cheese, Cajun fries and apple crumble in addition to the cole slaw and pickles. skinnyfats.com.

Black Tap Craft Burgers & Beer at The Venetian plans two specials this month. In honor of Mean Girls Day on Saturday, it’ll serve a combo of cheese fries, $5, and a Mean Girls Classic Bubble Gum Shake, $10. And the Classic Pumpkin Pie Shake, topped with whipped cream, graham-cracker crumbs and a cherry, is $10 all month. blacktap.com

MTO Cafe is celebrating its birthday months in October and November with monthlong specials — October for Downtown Summerlin and November for 500 S. Main St. in downtown Las Vegas. mtocafe.com

Pinkbox Doughnuts has announced its October doughnuts with a selection of Halloween designs (available Oct. 15-Nov. 1) plus the doughnut of the month, the Holy Cannoli, which is a chocolate-frosted raised doughnut topped with cannoli filling, chocolate chips and powdered sugar, $3. It also has introduced the Pink Ribbon doughnut, $3; 10 percent of every sale throughout the month will be donated to the Susan G. Komen for the Cure Foundation.

— Saltgrass Steakhouse has opened at the Golden Nugget, with steaks seasoned with a seven-spice mixture and cooked over an open flame. Hours are 4 to 10 p.m. Thursdays through Saturdays and 10 a.m. to 10 p.m. Sundays. saltgrass.com

— The To Be Frank ghost kitchen has opened from 5 p.m. to midnight Mondays through Saturdays at Every Grain, 1430 E. Charleston Blvd. It serves specialty hot dogs and sausages for delivery and takeout, including the Thai Dog, an Issan Thai sausage with green papaya slaw and Kewpie mayo, and the Kimchi Dog, a glazed dog with Korean chili paste, kimchi and vegetables. tobefranklv.com

— The Divine Cafe at Springs Preserve has reopened, with table service instead of the former counter-service model. Hours are 11 a.m. to 2 p.m. Thursdays through Mondays. divineeventslv.com

— Lotus of Siam at 953 E. Sahara Ave. will resume serving lunch on Monday. It’ll be served from 11 a.m. to 2:30 p.m. weekdays. The restaurant also has introduced an ordering app for contactless takeout and delivery.

— The next in the Fall Master Class Series at Wynn Las Vegas will be “Mastering the Art of Pasta,” with Costa di Mare executive chef Mark LoRusso, at noon Thursday. It’s $85; call 702-770-7070 or email [email protected]

— Sushisamba is serving brunch from noon to 4 p.m. weekends, with a menu of such dishes as Chilean sea bass or chicken katsu with egg and sushi rice, $26 or $20, and a Peruvian chocolate croissant with peanut butter cream, $8. sushisamba.com

— Bonefish Grill in Town Square and at 8701 W. Charleston Blvd. has brought back its seasonal grilled swordfish and pumpkin ravioli entree and fresh apple martini, and offers an expanded variety of Family Bundles. bonefishgrill.com

— Oscar’s Steakhouse at the Plaza will commemorate October as Breast Cancer Month by donating $3 for every cosmopolitan sold in the lounge or dining room to the American Cancer Society. Current hours are 5 to 10 p.m. Thursdays through Sundays.

— In celebration of October as National Pasta Month, the Sundance Grill at the Silverton is offering Wolf-It-Down Bottomless Pasta, which is AYCE spaghetti and meatballs and a non-alcoholic drink, from 11 a.m. to 11 p.m. Sundays this month for $12.99.

— Grimaldi’s Coal Brick-Oven Pizza, which has multiple locations in the valley, is celebrating October as National Pizza Month with Mangia! Mondays, offering 16-inch traditional cheese pizzas for $12 every Monday in October. grimaldispizzeria.com

— The fall pie sale is on at Marie Callender’s, with pies priced at $7.99 plus tin through the end of the month. mariecallenders.com

— Farmer Boys has relaunched its No Brainer Deals menu, priced at $3 to $5.

— The October Giving Drink at Founders Coffee, 6410 S. Durango Drive, is the Judo Chop, in tribute to Netflix’s “Cobra Kai.” A portion of sales of the activated-charcoal drink, served hot, will be donated to Three Square Food Bank.

— Bonanno’s New York Pizzeria and Plant Power have signed deals for the Dapper Companies project at the northwest corner of Craig Road and Highway 95. Opening date has yet to be announced.

— Three Square Food Bank has opened a drive-thru distribution site at the Eastside Cannery. It opens at 9 a.m. every Friday through Nov. 20 (except Oct. 30), until supplies run out. 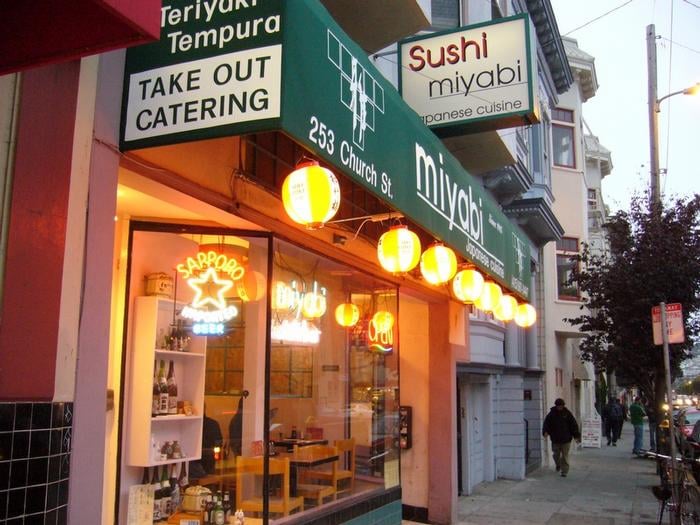