A Starbucks employee in Houston, Texas, has been fired after they allegedly wrote “defund the police” on an order. Customer Raseac Eibbed posted an image on Facebook showing the message printed on the side of a plastic cup. It has since been shared nearly 3,000 times. In the post, Eibbed […]

A Starbucks employee in Houston, Texas, has been fired after they allegedly wrote “defund the police” on an order.

Customer Raseac Eibbed posted an image on Facebook showing the message printed on the side of a plastic cup. It has since been shared nearly 3,000 times.

In the post, Eibbed said that her ex-husband took their three children to the Starbucks on Interstate 10 and Kirkwood when they saw the words on the order. She said she called the store after hearing about the incident and claimed the manager “couldn’t care less.”

“This s**t has to stop,” Eibbed added. “We can’t even get a cup of coffee without worrying about being poisoned or worse. Wtf is wrong with America.”

Her remark comes nearly a week after a police investigation was launched after three Orlando officers fell ill during a night out. None of the officers were in uniform at the time.

Eibbed said that her former husband does not work in law enforcement and was not wearing any type of uniform at the time.

The message was also criticized by Ray Hunt of the Houston Police Officer Union.

“It wouldn’t be the first time that an officer who’s had something put in their drink at a restaurant or somewhere where someone disagreed with the police.

“I was very disgusted that someone will post this in the way it was printed on they’re concerned us that maybe this was a policy for Starbucks,” Hunt told Fox 26 Houston.

In August, two Dunkin’ Donuts employees in Iowa were fired after a Des Moines police officer was refused service amid Black Lives Matter and police brutality protests that occurred in the wake of the death of Minneapolis man George Floyd.

The same month, a Chipotle worker in Colorado was fired from their job after the words “I can’t breathe” was found written on the packaging of a meal served to a police officer.

“We believe that everyone who enters out stores should feel welcome and have a positive experience, In instances like this when that doesn’t happen, we take swift action to address it immediately,” the message said.

Discussing the coffee chain’s apology, a union spokesperson wrote on Facebook: “We definitely understand that one employee’s actions does not represent the entirety of an organization or profession. We look forward to the positive dialogue that comes out of this recent incident at a local Starbucks.

“This further discussion and growth is what makes our community #HoustonStrong, and we can take this opportunity to lead by example.”

“Every customer should feel welcome and treated with respect when they visit any of our stores—especially our first responder community and their families. We have reached out to the customer involved to apologize, and the partner (employee) involved has been separated from the company,” Starbucks in a statement.

“Any behavior from our partners that doesn’t aspire to be a positive experience is unacceptable.”

Tue Sep 29 , 2020
The Interfaith and Lethbridge food banks are partnering with catering companies Mocha Local and Bavaru to put on the first-ever citywide virtual dinner party amid the ongoing COVID-19 pandemic. Those interested can order meal kits from Mocha Local or a three-course prepared meal from Bavaru on the Feed Lethbridge website. […] 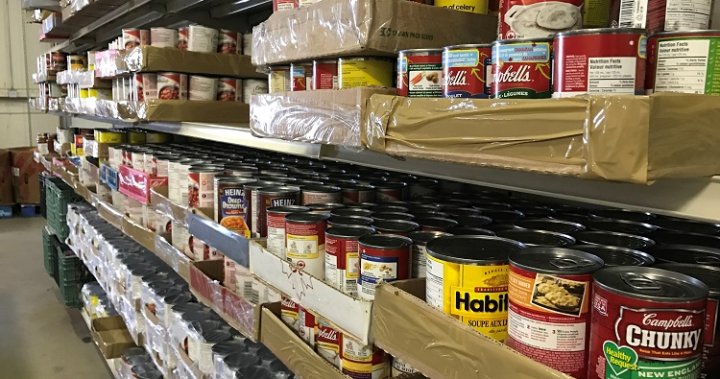