Sizzler USA, the family-casual restaurant famously known for its steak and salad bar, filed for Chapter 11 Bankruptcy on Monday. © AFP via Getty Images Commuters drive past a closed Sizzler restaurant in Montebello, California on September 22, 2020. – One of the first steakhouse chain restaurants in the United […]

Sizzler USA, the family-casual restaurant famously known for its steak and salad bar, filed for Chapter 11 Bankruptcy on Monday.

Commuters drive past a closed Sizzler restaurant in Montebello, California on September 22, 2020. – One of the first steakhouse chain restaurants in the United States, Sizzler has filed for bankruptcy as a result of the coronavirus pandemic. (Photo by Frederic J. BROWN / AFP) (Photo by FREDERIC J. BROWN/AFP via Getty Images)

The 62-year-old restaurant chain said the filing is direct result of the financial impact caused by the COVID-19 pandemic after halting in-door dining for an extended amount of time.

“Many restaurant brands across the country have suffered because of COVID-19 and Sizzler USA is no exception,” said Sizzler President and Chief Services Officer Chris Perkins in a press release. “Our current financial state is a direct consequence of the pandemic’s economic impact due to long-term indoor dining closures and landlords’ refusal to provide necessary rent abatements.”

Perkins said the action was made to secure a stronger future for the chain’s 14 company-owned restaurants, and support employees and franchisees during the pandemic.

According to the company, the chain has has 90 franchised locations, one of which is operating in Kissimmee, Florida.

The filing comes as a shock to many on social media as news began to spread of the filing Tuesday morning.

I had no idea there was any sizzler restaurants still open, I thought they all closed down in the early 90’s

Sizzler filed for bankruptcy??.. had no idea Sizzler was still sizzling

The rest of the U.S. trying to wrap their head around the fact that #Sizzler was even still open being that we haven’t seen one SINCE WE WERE 9!!! pic.twitter.com/PFhUCjxLLO

The company said it will also begin a restructuring process that will help reduce long-term debt and renegotiate leases with landlords for its 14 company-owned restaurants.

Wed Sep 23 , 2020
The Prince of Venice food truck, run by an actual prince (Emanuele Filiberto, the grandson of Italy’s last king) is opening up its first standalone storefront in Westwood in a few weeks. The long-running food truck has been serving pasta bowls and other Italian food for years on the street […] 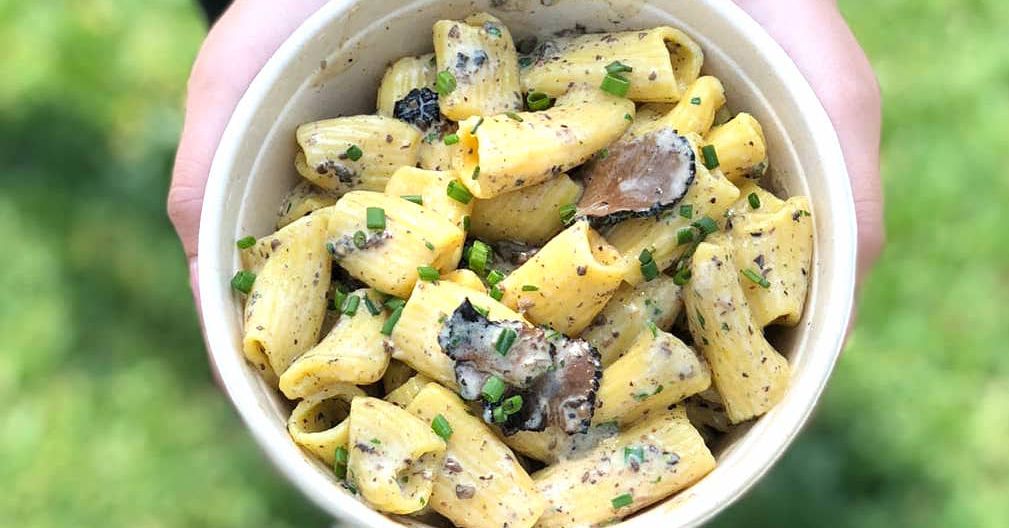