In “The Secret Life of Groceries,” Benjamin Lorr peers at the dark underbelly of this industry, one that depends on inexhaustible supply. Readers might be primed to hear it: The pandemic has pulled back the curtain on the inflexibility and vulnerability of our food supply chain. Empty shelves, exhausted workers […]

In “The Secret Life of Groceries,” Benjamin Lorr peers at the dark underbelly of this industry, one that depends on inexhaustible supply. Readers might be primed to hear it: The pandemic has pulled back the curtain on the inflexibility and vulnerability of our food supply chain. Empty shelves, exhausted workers and food rotting in fields while people go hungry are front-page news. Grocery delivery services raise ethical questions about what it means to pay people to take on our risk while also encouraging consumers to buy only what they’ve bought before, as algorithms direct us back to our panic-purchase Oreos instead of broccoli.

“The Secret Life of Groceries” is part investigative journalism, part history and part philosophical meditation on how humans transfer meaning to their food choices. “The entire Michael Pollan ethos is, after all, a way of making food a bridge to the past when the world was simple and purer,” Lorr writes. Food is “the perfect stage to resolve all our tensions around consumption.” Lorr explores how the food we buy (never mind whether we actually eat it) is a proxy for our values. And as those values turn into personal choices — as well-meaning as they might be — we are complicit in the cruelties of the broader food system.

Lorr rides along with a truck driver who laments that she has no home other than her truck (where she lives with her two dogs), driving ceaselessly back and forth to bring food from distributors to grocery stores for $17,000 per year. He visits the Thai shrimp industry’s victims of human enslavement and witnesses the devastating environmental effects of the country’s seafood farms. You won’t soon forget Lorr’s description of the smell he endured while cleaning the fish display cases when he was an employee at Whole Foods, a job he took to research the book.

These stories are pieces of the “dark miracle of the American supermarket” Lorr refers to in the book’s subtitle. Many shoppers want to create a better world with their purchases. But Lorr writes that our demand for low food costs means that the food system is essentially whack-a-mole: Getting rid of inexpensive, cruel food production in one place just means those practices will pop up somewhere else once people complain about price increases or lack of reliable availability. It’s difficult to know what purchases are helping the system or perpetuating problems.

These are big assertions, and Lorr backs them up with endnotes and footnotes that at times span half a page and become their own stories. He explains how the continued evolution of the grocery store is entwined with histories of the gas station, segregation, air travel and television.

Tales of modern enslavement and the human cost of the food system are heavy reading. Lorr balances the doom with a conversational style and occasional dark humor. Cursing begins in the third sentence of the book and is peppered throughout. This lightens the mood but might put some readers off or compromise his powerful experiences and arguments.

Lorr lapses into less nuanced, if clever, observations on occasion. Grocers he encounters at the Fancy Food Show are “big, chunky Midwesterners, squares in attitude as well as in body composition.” They have “a collective style that basically serves to broadcast I’d rather be riding my mower and/or cracking jokes about murdering the guy trying to date my daughter.” Such casual descriptions are a diversion from the book’s heartbreaking stories but such generalizations compromise the otherwise powerful reporting.

Lorr’s experiences and research invite readers into a world we participate in without understanding the consequences. Our ignorance makes the “dark miracle” possible. Not only are we as susceptible to marketing as toddlers, but Lorr makes the case that the certifications that shoppers rely on to guide purchases are, most of the time, useless. He doesn’t recommend solutions but notes that “we are in a dialogue with this world, not at its mercy. . . . Any solution will come from outside our food system.”

The logical extension of Lorr’s argument is that, to reform the food system, some innovative thinker must make the change more attractive than the status quo of getting what we want when we want it. That requires a close look at the food system, which is hard because we’re pretty sure we won’t like what we see. “The Secret Life of Groceries” takes us on a tour through the lives that the food system touches so that we have clear eyes about the human and environmental cost of our demands. If we can stomach it.

Mary Beth Albright is the host and editor of Food Video at The Washington Post.

The Secret Life of Groceries

The Dark Miracle of the American Supermarket

Mon Sep 28 , 2020
Residents enjoy street food at stalls at a plaza in Beijing. Beer, skewers and various snacks allow citizens to enjoy the fun of open-air dining. Night markets have been an impetus for China’s recovering economy. Photo: VCG Chain catering giants are embracing China’s recovery from the pandemic, and the coming […] 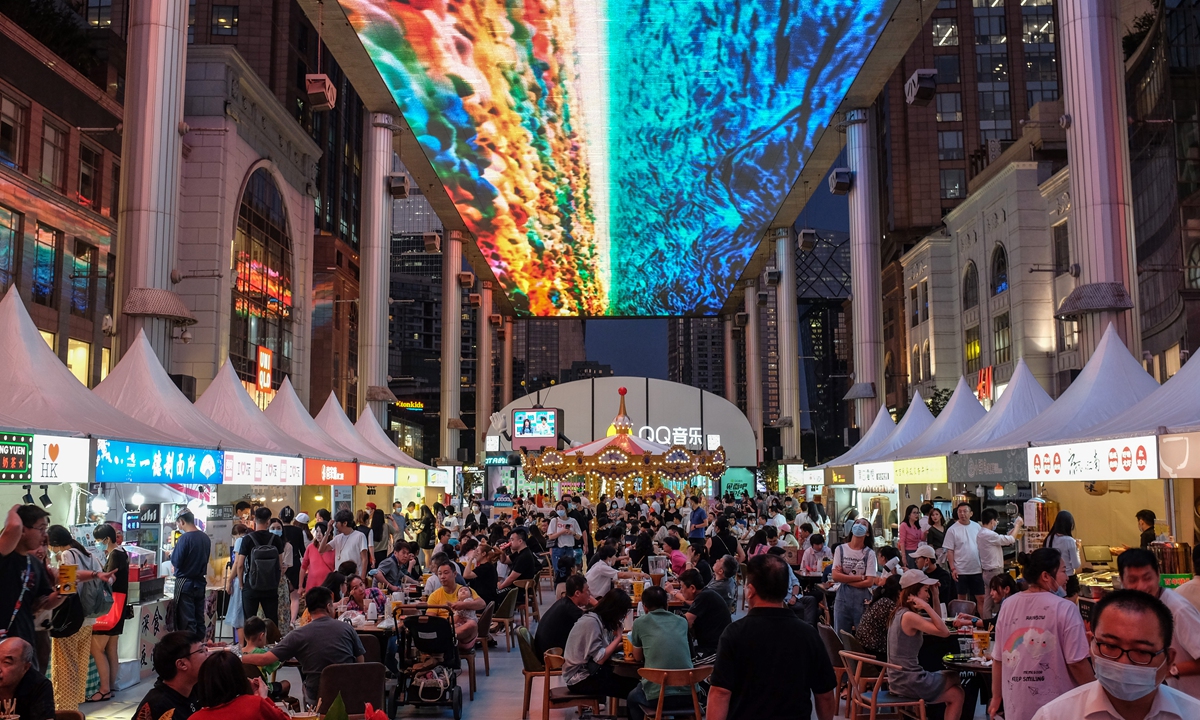