Debate watch parties are a D.C. tradition, but this year they’re just one more event restaurants can’t fully capitalize on because of the COVID-19 pandemic. With D.C. eating and drinking venues restricted to serving seated customers only at half capacity, tonight’s first Presidential Debate will be a lower-key affair than […]

Debate watch parties are a D.C. tradition, but this year they’re just one more event restaurants can’t fully capitalize on because of the COVID-19 pandemic. With D.C. eating and drinking venues restricted to serving seated customers only at half capacity, tonight’s first Presidential Debate will be a lower-key affair than normal.

© Rey Lopez/for Boqueria
Pre-game the debate at Boqueria with $7.50-and-under drinks and snacks like pan con tomate and marinated olives.


There are still a few deals to be found, however, including one attempting to have a little fun with a topic Democratic candidate Joe Biden will likely raise frequently: Donald Trump’s paltry tax payments.

The Dupont location of Spanish bar Boqueria is throwing a pre-debate happy hour (3 p.m. to 6 p.m.) with drinks and tapas priced at $7.50 or less. The New York Times reported this week that Trump paid just $750 in federal income taxes in 2016, and the same figure in 2017. Boqueria’s Instagram page is billing the special as a “750 you can be happy about.”

In addition to Boqueria, a handful of other D.C. restaurants are hosting socially distanced gatherings with themed cocktails, swag specials, or takeout deals, like quart-sized margaritas from chef Geoff Tracy. The debate airs at 9 p.m. on CBS, and reservations are largely recommended at each venue.

Note: Indoor and outdoor dining both carry the risk of exposure to COVID-19. D.C. diners are required by law to wear masks inside restaurants, only removing them when they’re actively eating or drinking.

Capitol Hill’s long-running nonpartisan bar and totchos spot will stay open until 11 p.m. — an hour later than usual. There’s indoor seating and an outdoor patio lined with big projection screens. Instead of food or drink discounts, “Union Pub 2020” T-shirts are 20-percent off all day ($24). Union Pub-branded face masks ($12) and “Yes, We Can” koozies ($6; $5 if bought with a canned or bottled beer) are also available

The dimly lit Dupont Circle bar that names cocktails after historical figures is running a $15 to-go deal on a bottle of “Doc McClellan’s Debate Relief Elixir” (rye, amaro, and bitters) and bag of popcorn in flavors like jalapeno cheddar, Old Bay, and Sriracha. Pre-order: [email protected]

It’s not even debatable. This is the best cocktail deal out there. And I’m guessing you’ll need it. Available for delivery or takeout tonight. Makes 4-5 margaritas. pic.twitter.com/sXGAyaVFba

The 87-year-old Georgetown landmark — where former President John F. Kennedy Jr. penned his inaugural speech and popped the question to Jackie O. — will air the debate indoors with sound. Ask to enjoy its cocktails (like JFK’s favorite, the daiquiri) in its red, white and blue branded stone mugs for sale. For a reservation, call 202-333-7370.

The two-level sports bar will air the Presidential matchup across its 11 TVs and projector screen, opening at 6 p.m. with $2 off apps, candidate-themed cocktail specials, $5 drafts deals, and $7 wines. A debate drinking game encourages guests to guess what candidates will say next, based on catch phrases placed on each table. To stay alert through the night, its French press is $10 off.

The George Washington University hangout for tater tots and drafts plans to air the debate on its jumbo screen. Its Taco Tuesday promo includes 99-cent wings from 7 p.m. to 9 p.m.

The large, LGBTQ-owned brewery in NoMa plans to air the debate on TVs and projector screen with sound, with loud boos likely whenever it’s Trump’s time to talk.

The club will host an exclusive viewing party in its ballroom for members and their invited guests, complete with former Presidents’ favorite cocktails for $10 (an Old Fashioned for Harry Truman and G&T for Dwight David Eisenhower).

Eater is part of Vox Media. Find more coverage of the 2020 election across its other 13 networks: how to vote, in-depth analysis, and how policies will affect you, your state and the country over the next four years and beyond.

Wed Sep 30 , 2020
I may have invited a few “Um, actually” emails telling me there’s one or two restaurants in North Texas that offer some Dominican dishes. In which case, I’ll eat a slice of humble pie (or, rather, Dominican plantain pie). But I stand by my headline: Picadera, a pop-up slinging Dominican […] 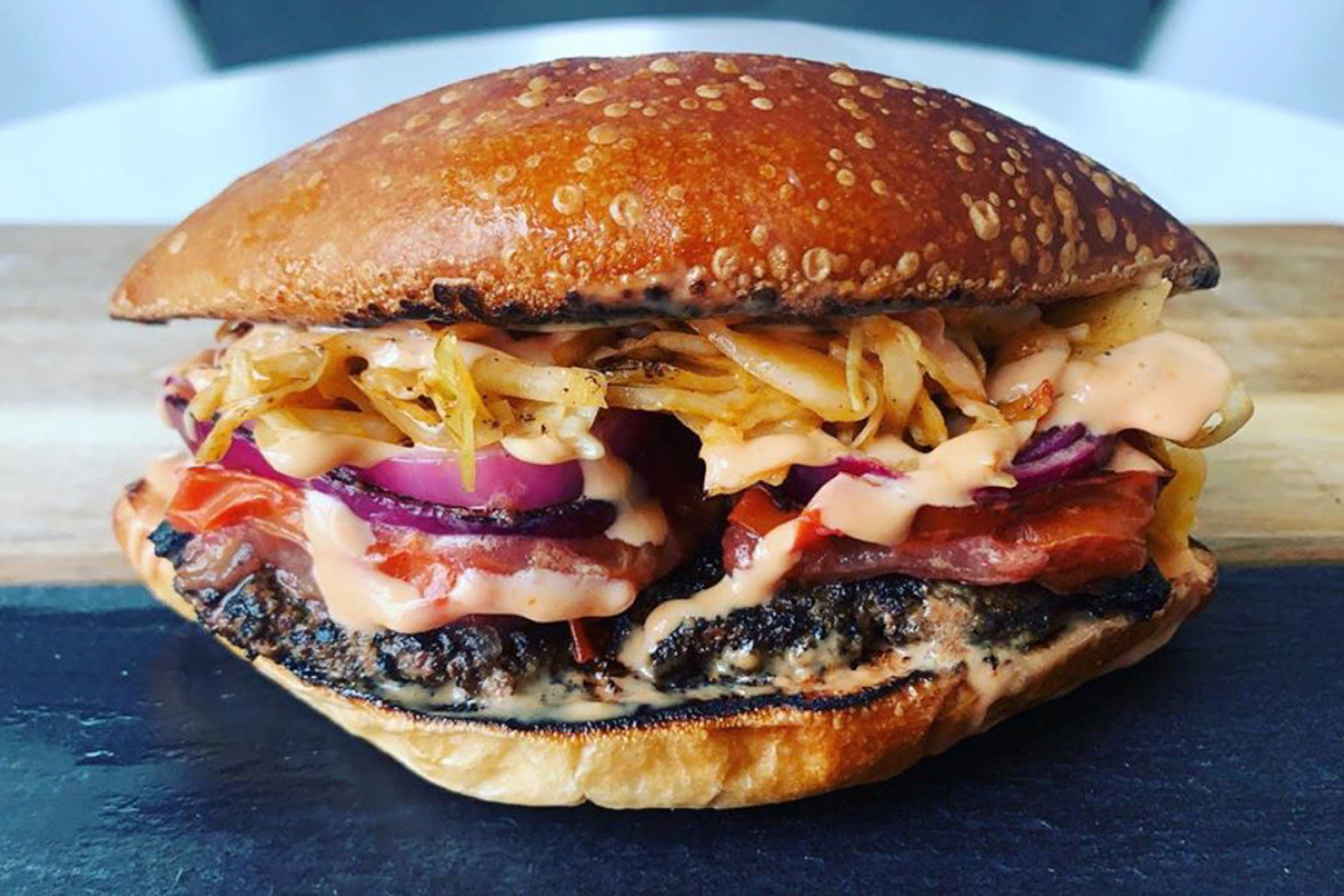