Lukas Nel 12:34 am, Sep 24, 2020 Contributing Reporter Lukas Nel On Wednesday, three new restaurants were added to the local New Haven catering scene. Crafted by Hand Cafe, Vegan Ahava and Edible Couture were all opened in a ribbon-cutting ceremony yesterday on Orange Street.  Outside of Crafted by Hand, […]

On Wednesday, three new restaurants were added to the local New Haven catering scene. Crafted by Hand Cafe, Vegan Ahava and Edible Couture were all opened in a ribbon-cutting ceremony yesterday on Orange Street.

Outside of Crafted by Hand, Mayor Justin Elicker and Lt. Gov. Susan Bysiewicz gave speeches to a crowd of two dozen city residents, highlighting the importance of local businesses to providing jobs to the local community. The officials praised the owners of the establishments for opening a business during a pandemic while emphasizing the need for continued public health restrictions. The mayor and governor also promoted Restaurant Week –– a biannual city-wide tradition during which participating restaurants offer discounted price fixed menus.

“[New businesses] are vital to the economy, and it’s inspiring to see that business owners are taking a risk to open during a pandemic,” Elicker told the News. “People are approaching this in creative and interesting ways to make sure they can make money and provide jobs and resources to the community at a time when life is unpredictable.”

The mayor added that the city applied its public health protocols –– including spot checks and health inspections — to all new businesses opened during the pandemic.

Tisha Hudson, the owner of Edible Couture, told the News that her bakery had actually seen an expansion in business during the public health crisis. Edible Couture had previously sold their decorated cupcakes and cakes out of a food truck in Bridgeport. This summer, Bridgeport had allowed food trucks to stay open in accordance with social distancing guidelines, allowing Hudson to continue with her business.

“The people who couldn’t get to the truck because of my hours [before the pandemic] were able to get to it because of COVID, so it helped me greatly,” Hudson told the News. “Business was good but these last few months, since we owned a food truck, we could still be open and move about, with public health restrictions.”

Hudson then decided to move her bakery business into a storefront to better serve a wider customer base. However, Hudson said it was logistically challenging to find employees and set up her store during the pandemic because her storefront window had not yet been installed.

Mindful of the recent uptick in cases, Hudson said she would follow public health protocols by limiting the amount of people in the store at any given time, mandating masks and providing grab and go. Edible Couture still maintains its food truck in Bridgeport, hoping to keep its client base there while expanding their business into New Haven.

Poreyah Benton, the owner of Vegan Ahava, struggled during three months of lockdown during the pandemic. Then as lockdowns eased over the last few months, Benton saw business rapidly spike. Benton attributed this rise in business to a lack of alternative options for customers and an increase in free time for city residents.

Mike Piscitelli, the economic development administrator for the city of New Haven, said that the restaurant openings were part of the city’s plan to revitalize the economy after months of lockdown that caused a rise in unemployment. The number of unemployment claims reached 10,000 a week at one point, Piscitelli said, but decreased to 8,233 this week — a change he attributed to Connecticut’s continued reopening efforts.

Cooking Tips: 5 Interesting Ways To Add More Garlic To Your Diet (Recipes Inside)

Thu Sep 24 , 2020
Highlights Garlic has been a part of traditional medicine for centuries Experts around the world recommend inclusion of garlic in our daily diet Herere 5 fun ideas of adding garlic to your diet (with recipes) If you have to name a few basic ingredients to whip up an Indian curry, […] 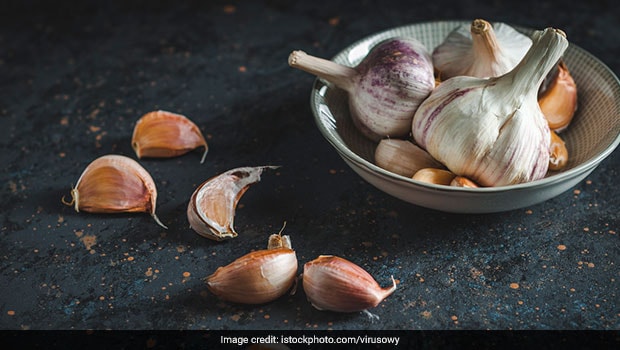