TOMS RIVER, NJ — “How many families? How many people?” It’s a question Jeanette Schlapfer asks dozens of times each Friday as cars and SUVs pull up in front of the Presbyterian Church of Toms River, arriving to pick up food to get them and their loved ones through another […]

TOMS RIVER, NJ — “How many families? How many people?”

It’s a question Jeanette Schlapfer asks dozens of times each Friday as cars and SUVs pull up in front of the Presbyterian Church of Toms River, arriving to pick up food to get them and their loved ones through another week.

The quick questions — How many families? How many people? — help the dozen or so volunteers working alongside Schlapfer determine how many boxes of food to load into each vehicle. But they also are emblematic of the bigger problem of food insecurity.

Food insecurity has long existed in America and in Ocean County. Even in times where joblessness has been low, there have been people in need of help feeding themselves and their families.

The pandemic, however, has deepened that need.

Fulfill, for years known as the FoodBank of Monmouth and Ocean Counties, has seen a 40 percent increase in the number of people seeking food in the wake of the pandemic-induced business shutdowns in March, a spokesperson for Fulfill said. For thousands of residents, it has been a lifeline as they have struggled to cover rent and other monthly payments with unemployment benefits that pay a fraction of what they were earning.

“We are spending $200,000 a week on food” to ensure families have meals, a Fulfill spokeswoman said.

That money is being spent to ensure that “crisis food kits” such as the ones distributed each week in Toms River have items needed to give people food to make a few meals, instead of having nothing to eat.

It’s the boots on the ground who ensure those kits get to those in crisis.

“Friday has become the best day of the week for me because of this,” said Terrance Turnbach, a Toms River councilman and attorney who has helped lead the “Pop The Trunk” food distributions, which have been held every Friday since late March in partnership with the Toms River Regional School District.

Turnbach says that without a hint of the fact that he and several others are at the church on Hooper Avenue by 7 a.m. each Friday to receive deliveries from Fulfill, but also from M.V. Silveri and Sons, which delivers produce (some donated, some sold to the distribution at a significant discount), and a few others, for the distribution that begins at 11 a.m. (South Toms River Elementary School is a distribution point as well, starting at 9:30 a.m.)

The need has barely waned.

Since March 16, Fulfill has provided 2,362,020 meals through Sept. 1 in Monmouth and Ocean counties through the emergency meal kits and through Fulfill’s restaurant program. It is almost an even split between the counties, about 53 percent in Ocean and 47 percent in Monmouth. The Pop The Trunk events have distributed more than 384,050 meals during the pandemic, Fulfill said. Read more: Millions Made Hungry By Pandemic Could Include Your Neighbor

In Toms River, the meal kits that Fulfill delivers vary from week to week in what they contain, but it’s usually a mix of staples that can last a few days. On a recent Friday, the crisis box had three packages of spaghetti, two cans of vegetables, six cans of tuna, four packages of GoGo Squeez applesauce, two quarts of shelf-stable milk, a bag of bran flakes and a few other items. That was supplemented by a box of produce that included celery, potatoes, a head of lettuce, a melon, a cucumber and apples.

On this particular Friday, there was a bonus: pork loin roasts that could provide a nice meal. There were donations of bread and Martin’s potato rolls, and another man had driven up with a delivery of bagged snacks including popcorn and chips.

Schlapfer said they see about 330 cars and vehicles per week at the Presbyterian Church for the food pickup. Of those, she estimated about 300 each week were repeats.

“It’s amazing how many people came out here,” said Diana Borrero, who works with Schlapfer and was volunteering for the first time.

“I just wish there weren’t so many in need,” said Shelley Lynnworth, who has been volunteering at the distribution since it started in March. After 26 weeks of putting boxes of food in trunks and back seats, the group has everything down to a science, working efficiently to load up enough food to ensure the family is fed.

They are efficent enough, too, that they have time to talk to each driver, to let them know people care about their situation.

Davies Adepoju, who moved to the United States a year ago with his wife, who is an American citizen, paused after loading boxes to talk to one man for a bit. “He’s from Nigeria, too,” Adepoju told Schlapfer, grinning.

“Sometimes we just listen to what they’re worried about,” said Jennifer Howe, who has volunteered every week since the start. A man had just shared his story of what had brought him to the food distribution, and like so many of the people seeking help, it was a reminder of how razor-thin the line between plenty and hunger can be: a health issue in his family and a job loss had left them in need. The food distribution was a help in getting through the struggle.

“People are always so grateful,” Howe said, “but they have given me so much more than I have given them. I’m just giving them a box of food.”

The group of volunteers has members who float in and out — a Friday here, a Friday there, when work and life allow. But the core of the group has been there almost every week of the 26 weeks so far.

“We’re a family,” Turnbach said. And it’s a family that goes about its business of feeding others unassumedly. There are no titles, no formality; jokes and light-hearted banter among the volunteers abounds.

An attorney in Turnbach’s firm arrived to help for the first time, and Turnbach introduced him around, to Gia and Keith and Davies. “This is Mo,” Turnbach says, “and this is Brad.” Brad, as in Prosecutor Bradley Billhimer, was helping to load food, as was Mayor Maurice Hill. Toms River Council President Maria Maruca and Councilwoman Laurie Huryk have helped some weeks as well.

A Toms River police officer and an Ocean County Sheriff’s Office K-9 officer, with her K-9 Fiona, are regulars as well.

“Fiona is the star of the show,” Turnbach said with a grin, petting the bloodhound.

“You have to tell the shirt story,” the police officer who’s been helping weekly said to Schlapfer. “She literally gave someone the shirt off her back.”

Schlapfer said a man who had come to the food distribution had taken a liking to her shirt. “He kept telling me how much he liked my shirt,” she said. It was a summer day, and she was wearing a tank top underneath. So she gave him her T-shirt.

Keith Schlapfer, whom Jeanette Schlapfer adopted when he was an infant, is studying law at Rutgers. But these food distribution events have been important to him, too, because of the opportunity to help others, as well as spend time with his mother.

“It’s nice to bond with her over this,” he said.

Howe, who serves on the Toms River Regional Board of Education, said she and Turnbach had their kids participate in the food distribution during the summer.

“It was so important for them to see and learn,” she said, emphasizing the value of the volunteerism.

Adepoju was walking by one day and saw the group loading boxes, but didn’t really know what was going on. “I thouught it was just a church,” he said. Four months later, he’s still volunteering his time.

For those in need, it’s nothing short of a Godsend.

Joseph Snihur has gotten in his van and driven to Toms River from the Whiting section of Manchester every week since mid-May, when he learned about the distribution. Snihur receives Social Security Disability Insurance, after undergoing a quadruple bypass. It’s enough to pay his rent, but it makes stocking the refrigerator a challenge. His partner, Sandra, receives about half as much as he does. She lives in her own place, which she shares with her brother, who’s also on a limited income.

“This is wonderful,” he said, as he picked up boxes for himself, Sandra, and two other people. Snihur had lived in North Jersey until a year or so ago. “There was nothing like this up there.”

“Doing this for strangers is beyond wonderful,” he said.

Schlapfer said it’s not clear how long the Friday food distributions will continue, though there have been discussions of being out in front of the church in the winter, making sure people are fed.

But if and when the Friday events end, Fulfill will continue to have avenues to deliver assistance. While the food distribution events have drawn widespread notice — and long lines at times; a special package for the July 4th weekend that included hot dogs and watermelon led to a line of cars a mile long at Fulfill’s Neptune headquarters, and long lines at Toms River’s B.E.A.T. Center — there are many smaller pantries delivering food. A church pantry in Bayville had a line of cars that stretched three blocks on a Thursday evening in September, with a similar trunk-delivery happening.

Fulfill has worked to make it easier for people to find out where they can get help: its FindFood texting service, launched not long after the pandemic began wreaking havoc, has been accessed 2,600 times. Read more: Need Food? Fulfill Puts Finding Pantry Locations Just A Text Away

“Initially, Fulfill provided the three nearest pantries with the service, but we expanded the program,” an official said. “Now, Fulfill’s FindFood text service provides people with a listing of all food pantries and soup kitchens within a 10-mile radius of their zip code.”

Fulfill operates The People’s Pantry at the B.E.A.T. Center on Hooper Avenue in Toms River, serving those in need Mondays through Fridays. The B.E.A.T. Center also offers counseling and assistance to help people in desperate situations find work or make other changes that help put them on a path to more solid financial footing. Read more: Coronavirus Increases Hunger: Find A Food Bank In Ocean County

In the meantime, Turnbach said, he will be there every week making sure his neighbors are fed.

“I get so much more from this, helping the community,” he said.

And it means the world to Snihur and so many others who arrive, week after week, to get help without judgment and with compassion.

That’s a sentiment upon which the volunteers agree.

Patch has partnered with Feeding America to help raise awareness on behalf of the millions of Americans facing hunger. Feeding America, which supports 200 food banks across the country, estimates that in 2020, more than 54 million Americans will not have enough nutritious food to eat due to the effects of the coronavirus pandemic. This is a Patch social good project; Feeding America receives 100 percent of donations. Find out how you can donate in your community or find a food pantry near you.

Click here to get Patch email notifications, or get Patch breaking news alerts sent right to your phone with our app. Download here. Have a news tip? Email [email protected] Follow Toms River Patch on Facebook.

Fri Sep 25 , 2020
The coronavirus pandemic has left corporate kitchens dramatically underutilized, while growing unemployment has driven the city’s food insecurity numbers to unprecedented levels. Feeding America and the Atlanta Community Food Bank estimated that 16 percent of people in the 29-county service area of the food bank would be food insecure. With […] 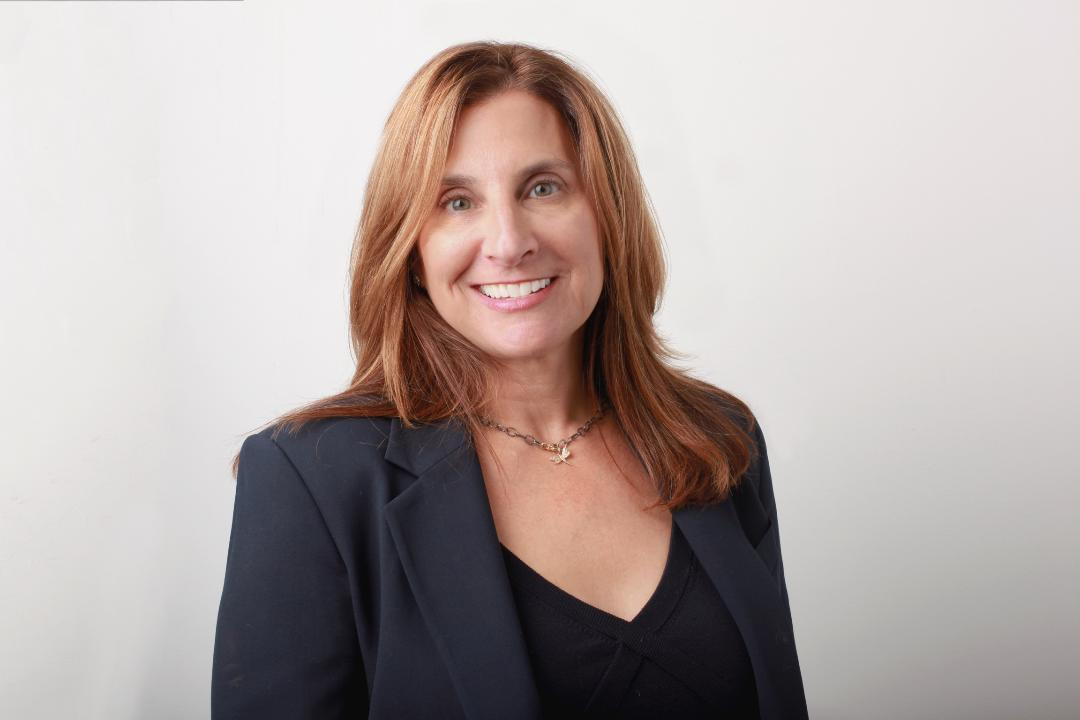