This week, President Donald Trump tweeted that he had instructed his “representatives” to stop all negotiations on a much-needed stimulus bill, and instead turn their attention to getting his Supreme Court nominee approved. This move comes after House Democrats passed a new version of the HEROES Act last month, a […]

This week, President Donald Trump tweeted that he had instructed his “representatives” to stop all negotiations on a much-needed stimulus bill, and instead turn their attention to getting his Supreme Court nominee approved.

This move comes after House Democrats passed a new version of the HEROES Act last month, a $2.2 trillion bill which featured policies including individual stimulus checks and various grants for industries including the RESTAURANTS Act, which would cover the difference between revenues from 2019 and estimated revenues through the rest of the year for restaurants.

“The twists and turns of these negotiations make for great theater here in Washington, but every week of further inaction means that hundreds of additional restaurants will shut their doors in communities nationwide,” said Sean Kennedy of the National Restaurant Association, one of the main backers of the bill. “If the White House and Congress are going to stop work on a comprehensive plan, it will be a failure if they cannot at least reach agreement on the basics that will allow restaurants to survive the winter—a second round of PPP and expansion of the Employee Retention Tax Credit. Restaurants are fighting to keep their doors open—lawmakers need to keep their doors open as well and hammer out a deal.”

Many in the beleaguered restaurant industry had been hoping for the passing of the RESTAURANTS Act, which would have created a $120 billion fund to aid small and locally-owned restaurants.

“People’s livelihoods are at risk, small businesses are at risk, and the RESTAURANTS Act was the great hope that it would give restaurants a fighting chance of survival,” said Andrew Rigie, executive director of the NYC Hospitality Alliance. “When Trump tweets that stimulus negotiations are over until after the election, it means the end for many businesses. It’s devastating.”

Restaurants around the country, especially in New York City, have been among the industries hit hardest by the pandemic over the last six months. Most restaurants that were lucky enough to get PPP loans initially in the spring ran out of it months ago.

The outlook for the industry is bleak right now: an audit released last week by state Comptroller Thomas DiNapoli suggested that well over a hundred thousand jobs may be lost in the next six months, as well as a third or half of NYC’s restaurants and bars.

Many NYC restaurateurs say they have just been barely hanging on waiting for the federal government to provide more guidance and more money. “It’s a disaster, basically,” said David Schneider, founder and owner of Oaxaca Taqueria. “Dismay, shock, there’s no good way to describe the fact that our president thinks we should all just suck it up and not let this disease ‘dominate’ us. That doesn’t open up the economy, doesn’t get people spending money. It doesn’t pay employees, doesn’t pay our bills, doesn’t pay our landlords. Do you think you’d ever hear a restaurateur feel sorry for landlords? But I do.”

Several measures taken in recent months have kept the industry on life support, including the outdoor dining program, which has now been made permanent and year-round; bringing back indoor dining at 25% capacity; allowing restaurants to add a temporary COVID-19 recovery charge of up to 10 percent of a patron’s bill; and extending liability protections for restaurant owners into 2021.

But NYC restaurants typically operate on tight margins, and further recovery will be harder to come by as long as indoor dining is limited due to the pandemic. At the start of September, restaurant employment was up to 174,000, just over half of the amount of pre-pandemic jobs. Across the country, employment has been “down by 2.3 million since February” in the restaurant industry, which according to the Independent Restaurant Coalition is a higher number than any other industry.

And as Jeffrey Bank, CEO of Alicart Restaurant Group (which includes Carmine’s and Virgil’s Real BBQ) notes, the RESTAURANTS Act would not even guarantee the industry will be able to get back to normal—it just means more than a few would be able to survive.

“Without this kind of passage, it’s definitive that restaurants are not going to survive,” Bank said. “Passing it doesn’t mean we’re all going to survive, but it is going to give some people a shot. You can’t close an industry for six months and not expect layoffs and people not to come back. These were viable businesses before the pandemic, but now the industry may not survive.”

There is no exact accounting of how many restaurants and bars have closed in NYC since the start of the pandemic, but according to DiNapoli’s audit, which relies on data from a software services company which tracks credit card transactions, the estimates as of September 23rd is that about one-third of the city’s restaurants and more than one-half of its bars have closed compared to those operating pre-pandemic.

Those figures align with similar studies by the NYC Hospitality Alliance, who recently found that the number of businesses who couldn’t pay rent had risen over the last three months, despite the addition of outdoor dining and other measures, and a survey by the New York State Restaurant Association, which found that 90% of New York’s restaurant owners say that it will be very or somewhat unlikely that their establishment will be profitable in the next six months.

The uncertainty because of the federal government is also hampered by uncertainty over loan forgiveness from banks. A government watchdog group told Congress last week that the Treasury Department and Small Business Administration (SBA) have not yet forgiven any of the 5.2 million emergency coronavirus loans issued to small businesses. As it was initially explained, loans under $2 million were supposed to be forgiven without additional scrutiny, but the banks haven’t moved forward with forgiveness because they’re still waiting for clarification and guidance from the SBA, leaving small businesses in limbo and creating a vicious circle of inactivity.

“There’s been no guidance,” restaurateur Schneider said. “First it was going to be everything under $2 million was forgiven, now it’s anything over $150,000 is going to be audited. Now we have to spend more time dealing with money already used and gone. Even if [the HEROES Act] wasn’t voted on but we knew what was coming for restaurants and it looked like something that will pass, we can go to landlords and tell them. But now landlords are asking, how are you gonna survive? What answer can we give these people at this point?”

“We’re all hanging in here trying to look for the next round of payments and what it’s going look like, and it’s going to take us years and years to dig out of this,” he added. “I’ve been in business 35 years, been through 9/11 and everything, and this is the worst because there’s no clear way of moving forward.”

Hakan Swahn of Aquavit said that it feels like the restaurant industry is caught in the middle of a political dispute that has nothing to do with the industry. “Across the board, both parties agree that restaurant stimulus should be there, I don’t think there’s any disagreement about that,” he said. Without federal money to keep them afloat, no stopgap measures or band-aids can prevent businesses from shuttering.

“It’s not until we can have full occupancy, and until people feel comfortable going back to restaurant, that’s when things will start coming back,” he said. “And frankly I don’t think that will happen until well into next year, when the general population has access to a vaccine and feels comfortable eating out.”

Of course, anything could happen. “As we’re talking right now, [Trump] may change his mind and it may go forward,” Bank said prophetically. And on Wednesday afternoon, as we were indeed in the middle of talking, tweets came out that Trump had moved to the Oval Office and was being briefed on the stimulus (despite the fact he had called off talks on it a day earlier).

It’s still theoretically possible Trump could offer a stimulus deal for restaurants alone—though so far the only standalone deal he’s mentioned is for stimulus checks, so even that might be wishful thinking. Business owners like Bank have learned not to rely on that: “I’m making decisions assuming it’s not going to get passed, and I’m trying to make decisions to make sure I can keep people employed.”

Thu Oct 8 , 2020
With President Trump and the First Lady testing positive for COVID-19 and new cases rising week over week, the work-from-home and eat-at-home routine could last longer than many had expected. The packaged-food industry enjoyed an initial boom during the March grocery hoarding phase and has continued to grow at an […] 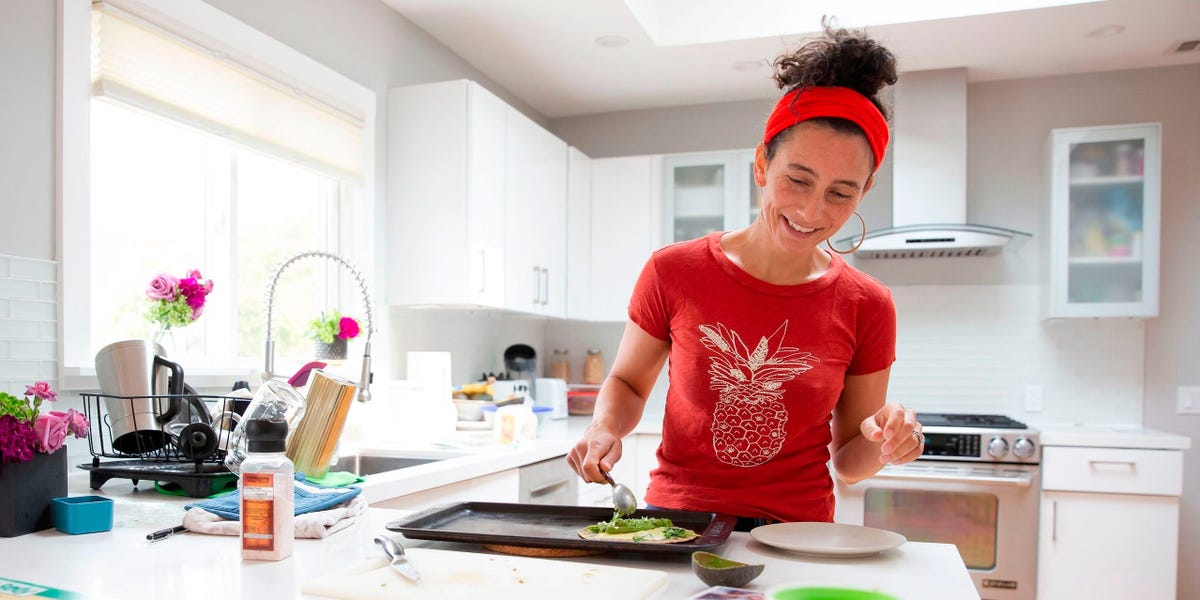