Carmy, object of desire. Photo: FX A few weeks back, I was at a restaurant when I noticed a diner at the next table give his meal the proverbial *chef’s kiss* — a loud smooch, fingers to the air, the whole bit. It prompted his friend to wonder aloud, “What […]

A few weeks back, I was at a restaurant when I noticed a diner at the next table give his meal the proverbial *chef’s kiss* — a loud smooch, fingers to the air, the whole bit. It prompted his friend to wonder aloud, “What would a chef’s kiss actually taste like?” Their server, not missing a beat, jumped in with the answer: “Alcohol.”

Lately, plenty of people have been wondering what chefs’ kisses might taste like, fueled by rampant horniness for Carmy, the main character in the FX series The Bear. Otherwise levelheaded people are thirsting for their very own brooding, moody kitchen genius — a “sexy scumbag,” “ketamine Gene Wilder,” someone who will make you understand why “‘Yes, chef’ is the new ‘daddy.’” Bon Appétit declared it the summer of the Dirtbag Line Cook.

“WAIT,” a restaurant friend texted me mere minutes after that Bon Appétit story went live. “THIS CAN’T BE TRUE. This life is attractive to people?”

Maybe not the life, but the fantasy of chefs as well-fed sex gods persists. “The intrinsic stamina that every chef, male or female, has after years on their feet, on a hot line, with calloused hands in icy waters,” says one former partner of a New York chef. “The adroitness of those practiced hands and their tirelessness. The insatiable appetites. That’s what often makes them excellent lovers — and total narcissists.”

Life in restaurants is defined by raging egos, grueling hours, and zero tolerance for other people’s bullshit — qualities that do not necessarily foster supportive, devoted romantic partners. “I’m sure there are some nice chefs out there — maybe one or two,” jokes a restaurant friend. I’ve been in the industry since I was 16 and dated a few chefs. Being around them made me a speedier, cleaner cook at home — and also made me more of an asshole when I would spot subpar ingredients at a friend’s house. “The stereotypes are real,” says chef Ashely Rath. “We are aggressive, play-hard folks who feel extreme emotions — a lot of times to a not-fun extreme.”

That isn’t to say it’s all bad. There are upsides to dating a chef — your fridge will be full of incredible condiments and tinned seafood, for example — and I’ve been lucky to have chefs in my life who packaged dinners for my little sister when she went back to college, sent sheet trays of homemade lasagna to friends who’d lost a family member, and sat quietly at a barbecue where they didn’t know anyone just because they were happy to see me having a good time. It’s true that some chefs are even able to stay in healthy, committed relationships. “I don’t love my wife because she’s a line cook,” says one happy spouse from Houston. “I love her because of her hard work, ambition, and dedication to her job, which just happens to be cooking — it’s not romantic, it’s life.”

More often, however, the person dating a chef is left to deal with the fallout from their partner’s job: A laser-focused, hyper-competitive kitchen addict is not necessarily able to become a different person when they come home, especially if they’re exhausted. “That scene in The Bear, where Carmy is eating a sandwich on the couch while falling asleep mid-bite … that’s exactly what it is,” says Alyssa Shelasky, who has written about her past relationship with a chef. “They come home drained and depleted and melt into the couch like zombies.”

To their credit, many chefs recognize this about themselves. “With me, I’m always bringing my stress home and trying to explain why I’m all annoyed about the cost of crab,” says New York chef Jeremiah Stone.

Another chef paints a less rosy picture about the toll that this life can take on people: “Most chefs are self-centered, adrenaline-junkie workaholics,” she says. “Chefs are control freaks, too. All this horseshit about how chefs have changed in the past few years? Baloney. Total baloney. The best food is always made by borderline insane people.”

As a different New York chef puts it to me when I mention the potential appeal of dating someone like Carmy, “We all get into this line of work because we have personality disorders and massive daddy issues.”

I ask the chef Jean Nihoul for his take on dating someone in the industry, and his response is unequivocal: “Don’t do it. Just don’t date a chef,” he advises. “Even during their time off, they’re still thinking about the restaurant — it’s relentless — and then, most chefs’ egos are so inflated that they leave little time for other people.”

That’s time in the literal sense too, according to many chef partners. “You want to date a chef?” says Phil Marokus. “You might as well hang up a chef coat in your closet and just tell everyone you fucked a chef, because that’s how much you’re going to see the person.”

One person remembers their ex-chef partner showing up “super late” to a family barbecue, grabbing a plate of ribs, and instantly complaining, “Who the fuck made this? Tastes like shit.” (The chef later “apologized” by instructing their friend on how to make the ribs better.)

Restaurants, surprisingly, are another problem area, since people in the hospitality industry can find it impossible to relax while they’re out. “Going to eat at ‘nice’ places is difficult because you can’t turn your brain off,” says Nick Wong, a chef in Houston. “All you can do in your head is nitpick the service or the food or the timing, and it makes it difficult to enjoy something at face value, like a regular person.”

The perfectionism doesn’t end at work either. Chefs can be impulsive — deciding to cook a feast because they found beautiful vegetables at the market, even if nobody else is free to enjoy it — and they can be self-critical to a fault, says the ex of a famous L.A. chef: “My boyfriend had the night off, so he offered to make dinner. When he realized he had accidentally oversalted one of the dishes, he threw everything in the trash, turned on the TV, and said, ‘We’re not having dinner.’”

Can cooks be fun? Of course, but they also come home smelling like onions and fryer oil, and work in environments where everything happens on their terms. “If you’re noncommittal and want to have fun sometimes, that’s a great way to participate in a chef’s lifestyle,” says chef and butcher Erika Nakamura, “but if you want someone who will be there for weddings or at the holidays, date someone who’s chef-adjacent — like a caviar purveyor.”

Tue Aug 2 , 2022
Tea leaf salad is one of the popular items on the menu at the Green Elephant Restaurant on Tuesday, August 28, 2018 in Loomis. Hector Amezcua [email protected] Restaurants can stand out with well-executed creativity, or simply by sticking to their guns. In July, I got a taste of both. In […] 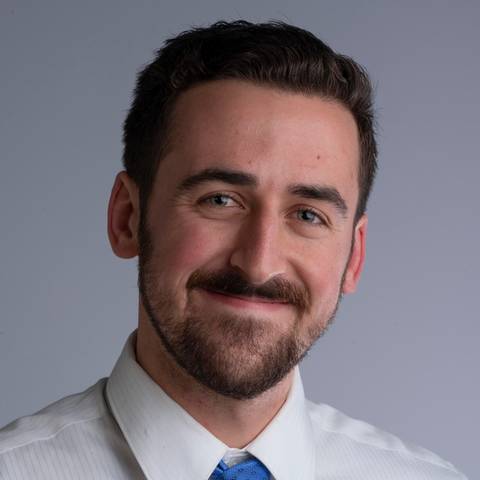