Six months into the COVID-19 pandemic, restaurants’ shifts toward high-tech solutions are old news. Online ordering, digital delivery, curbside pick-up, QR code-based menus and ordering – the technological upgrades have come one after the other. Dining venues big and small have pivoted to meet the needs of consumers who are no longer comfortable sitting in restaurants to eat.

But the tech upgrades might soon be taking a radically different turn, according to “How to Build a Better Robot for Quick-Service Restaurants,” a new study published in the Journal of Hospitality & Tourism Research by Ball University Professor Dina Marie Zemke.

The research indicates that QSRs that have upgraded their internal processes during the pandemic are starting to seriously look at incorporating robotic workers going forward.

The Upside of Robot Restaurant Workers

Human QSR workforces are expensive to train and maintain, and are becoming even more so as movements to push the minimum wage to $15 an hour gain traction in more U.S. localities.

Of course, restaurant robots aren’t cheap, either. “Flippy,” a burger-flipping robot employed by hamburger chain CaliBurger, has come down from its original $100,000 price to $60,000 – but that’s still a significant investment for any QSR.

However, Flippy will never take a sick day, never request a raise, never need health benefits, never need a break and never have an off day where it can’t quite flip a burger right. It will be on time and ready to roll – all day, every day – in a completely standardized way. That should make the robot less costly than a human over the long term.

That’s why Ball State’s Zemke found that many QSR owners think robotics is the direction in which the industry will likely take.

“There was a high level of resignation about the inevitability of QSRs incorporating robots during our group interviews,” Zemke wrote. “This finding is similar to the acceptability of routine societal change. Participants felt that the incorporation of robotic technology is a question of when, rather than a question of if.”

Beyond the QSR Space

Robotic “chefs” are reportedly making increasing appearances in sit-down restaurants’ kitchens to aid their human counterparts. When properly programmed with recipes and given access to necessary ingredients, they tend to work more quickly and accurately than humans.

Restaurants call these devices “cobots” rather than “robots,” as they’re designed to work alongside human workers, taking over tasks that can be easily automated.

One such automatable task is waiting on tables. In Japan, ramen-noodle chain Korakuen uses robots dubbed “Unit K-1” to deliver food to customers’ tables. (Diners have to take the food off of K-1’s shelves themselves.) And U.K. eatery Robotazia – reportedly the nation’s first sci-fi-themed restaurant – features a robotic wait staff built from recycled waste and programmed to discuss the menu and serve items.

Other reports indicate that robotic waitstaff is beginning to pop up across South Korea, as consumers look to feel secure while eating out in a post-pandemic world. Lee Young-ho, floor manager at Seoul’s Mad for Garlic, reported that thus far, customers have responded well to the eatery’s new robot workers.

“The customers are surprised when they see the robot, and are very interested and curious about it,” he said. “They also say they feel safer from the coronavirus.”

A Work in Progress

Still, it might be premature to expect to see hordes of robots working at restaurants in the immediate future. After all, restaurateurs say robotic technology still needs some work before it can go into wide use.

One requirement is greater flexibility. It’s true that one of the robots’ selling points is the consistency of their performance. That’s a good thing – except that the ebb and flow of traffic into the average restaurant or bar isn’t generally even.

Human workers have the ability to see mounting crowds and speed up their performance as necessary, but robots don’t make those kinds of adjustments as of yet. They’d need to be able to do so to be fully useful in a dynamic environment.

Ancillary skills like natural language processing also need upgrading, particularly for robots acting as waiters or otherwise handling customer orders. And speaking of customer satisfaction, perhaps the critical hurdle to overcome is humans’ hesitancy about being served by a robot.

Ball State’s study found that customers in the QSR space weren’t adamantly opposed, but very few were adamantly in favor of being served by a robot. That said, the same study did show that robots have a significant “curiosity appeal” to customers. They often expressed interest in “trying out” a robot-enabled restaurant to get a feel for what it’s like.

The trouble is that beyond the novelty factor, robots’ appeal to consumers is limited. Customers can only be won over once with novelty, the study found. After that, more standard decision-making factors come into play – like the cost of a restaurant’s food or its perceived quality.

And even a fan of robots like Mad for Garlic’s Young-ho has noted that robots are a supplement for human workers, not a replacement for them.

“The robot can’t substitute for a human 100 percent,” he said. “Employees and robots cooperate instead of replacing each other. If its abilities keep developing, the robot may be able to replace human waitstaff someday, but it will take time.”

Banks, corporates and even regulators now recognize the imperative to modernize — not just digitize —the infrastructures and workflows that move money and data between businesses domestically and cross-border.

Together with Visa, PYMNTS invites you to a month-long series of livestreamed programs on these issues as they reshape B2B payments. Masters of modernization share insights and answer questions during a mix of intimate fireside chats and vibrant virtual roundtables.

Wed Sep 23 , 2020
Highlights This one-pot meal can also be dubbed as the Gujarati version of veg pulao It’s quick, easy and can be an ideal dish for the busy or lazy days We bring you the easiest recipe that needs less than 30 minutes to cook One thing that the months-long lockdown […] 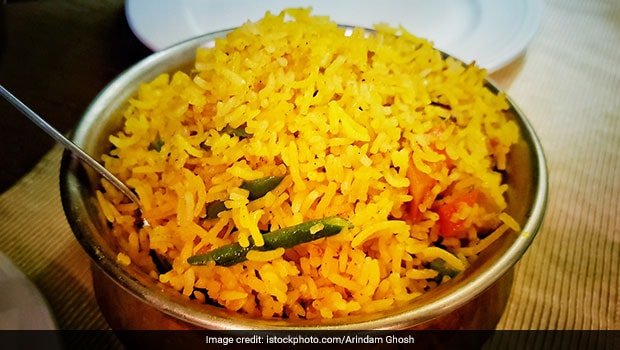