The Nobel Peace Prize was awarded to the World Food Programme on Friday for feeding millions of people from Yemen to North Korea, as the coronavirus pandemic pushes millions more into hunger. The WFP was “a driving force in efforts to prevent the use of hunger as a weapon of […]

The Nobel Peace Prize was awarded to the World Food Programme on Friday for feeding millions of people from Yemen to North Korea, as the coronavirus pandemic pushes millions more into hunger.

The WFP was “a driving force in efforts to prevent the use of hunger as a weapon of war and conflict”, Nobel committee chairwoman Berit Reiss-Andersen said on unveiling the winner in Oslo.

Swedish climate activist Greta Thunberg’s “School Strike for the Climate” has raised public awareness about the dangers of global warming and mobilised millions of young people across the planet Photo: AFP / JONATHAN NACKSTRAND

“This is a powerful reminder to the world that peace and #ZeroHunger go hand-in-hand,” the Rome-based organisation said on Twitter, with executive director David Beasley adding in a video: “This is the first time in my life I’ve been speechless.”

The WFP has been known to deliver aid by helicopter, plane or even on the back of an elephant Photo: AFP / TONY KARUMBA

Whether delivering food by helicopter or on the back of an elephant or a camel, the WFP prides itself on being “the leading humanitarian organisation” in a world where, by its own estimates, some 690 million people — one in 11 — go to bed on an empty stomach.

“First of all everyone was quite shocked, and now a little bit overwhelmed by the whole thing,” WFP country director for South Sudan Matthew Hollingworth told AFP about hearing the news.

The Nobel Committee said it wished to “turn the eyes of the world towards the millions of people who suffer from or face the threat of hunger”.

UN Secretary General Antonio Guterres said he was “delighted” that the prize had gone to “the world’s first responder on the frontlines of food insecurity”.

The Nobel committee and the WFP have drawn attention to the plight of people in conflict-riven Yemen Photo: AFP / Mohammed HUWAIS

Qu Dongyu, director-general of the UN Food and Agriculture Organization, the WFP’s sister organisation in its early years, said the award was “an injection of positive energy”.

Conflict in South Sudan and other countries ‘has led to a dramatic rise in the number of people living on the brink of starvation’ Photo: AFP / TONY KARUMBA

Despite making progress over the past three decades, the UN’s goal to eradicate hunger by 2030 appears out of reach if current trends continue, according to experts.

Women and children are generally most at risk.

Conflict in South Sudan and other countries ‘has led to a dramatic rise in the number of people living on the brink of starvation’ Photo: AFP / TONY KARUMBA

War is both cause and consequence of hunger, with people in conflict zones three times more likely to be undernourished than those in peaceful countries, the WFP says.

Yemen, which is living through what the UN has described as the “largest humanitarian crisis in the world”, is a stark example.

Two-thirds of the country’s 30 million people do not know where their next meal will come from, WFP figures show.

A spokesman for Yemen’s Huthi rebels, Talaat Al-Sharjabi, was however critical of the Nobel being awarded to the WFP.

He told AFP the organisation “has largely failed” to fight hunger in Yemen and “be neutral in terms of humanitarian aid distribution.”

The outlook has grown bleaker this year with the coronavirus pandemic, which has battered economies, increased food prices and disrupted supply chains.

“In countries such as Yemen, the Democratic Republic of Congo, Nigeria, South Sudan and Burkina Faso, the combination of violent conflict and the pandemic has led to a dramatic rise in the number of people living on the brink of starvation,” the Nobel committee said.

In April, Beasley warned: “We could be facing multiple famines of biblical proportions within a short few months.”

The global recession caused by the virus risks pushing an additional 83 to 132 million people into hunger, the UN said in a report in mid-July.

This is the 12th time the Peace Prize has gone to the UN, one of its agencies or personalities — more than any other laureate.

Amid rising geopolitical tensions and nationalistic trends, Reiss-Andersen stressed “the need for international solidarity and multilateral cooperation is more conspicuous than ever”.

Fri Oct 9 , 2020
Longstanding Williamsburg breakfast hotspot Egg will be permanently shutting down at the end of the month, owner George Weld has announced. The restaurant will serve its last meals on September 27. Weld tells Eater that the shutdown was “partly a financial decision, and partly a concern for public health and […] 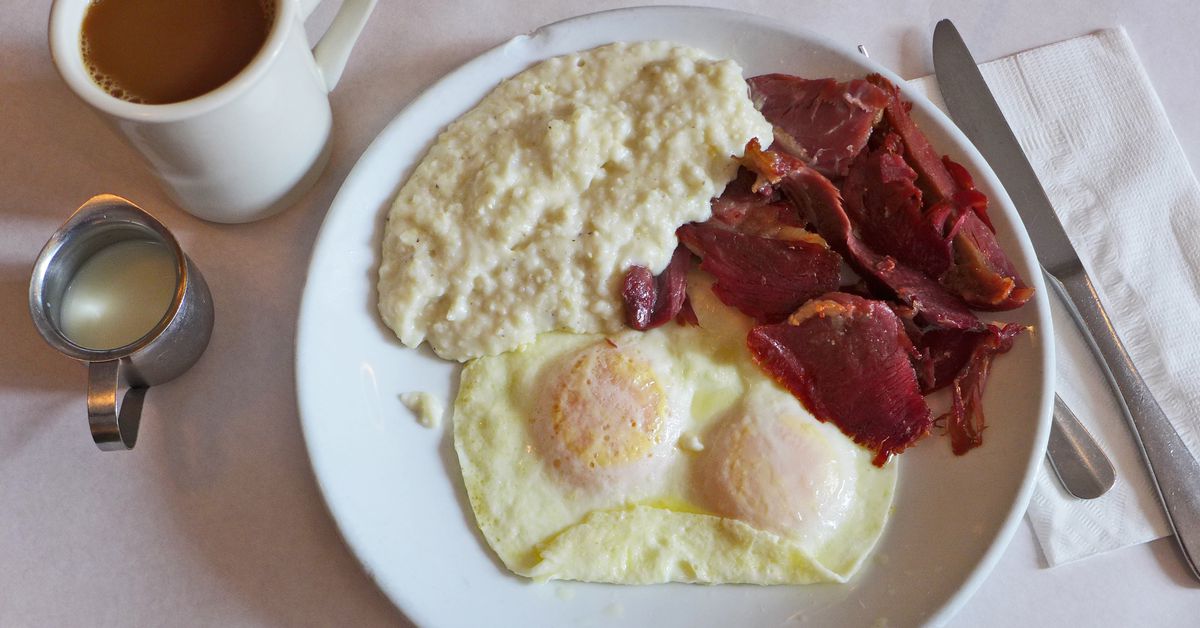