By Park Boram SEOUL, Sept. 24 (Yonhap) — Consuming soy milk like a staple for years, Hur Ji-hyun, a 39-year-old upcycling designer, has always been troubled by a slim plastic straw that comes with every single serving of soy beverage. Having never used the 15-centimeter straw wrapped in plastic and […]

SEOUL, Sept. 24 (Yonhap) — Consuming soy milk like a staple for years, Hur Ji-hyun, a 39-year-old upcycling designer, has always been troubled by a slim plastic straw that comes with every single serving of soy beverage.

Having never used the 15-centimeter straw wrapped in plastic and glued to the back of the pack, she was left with hundreds of them after several years of drinking soy milk.

One day in February this year, Hur decided to take action and sent the bundle of leftover straws back to the soy milk maker, along with a letter suggesting ideas to save plastics.

“I wanted them to know some consumers do not want the straw. And at the same time, I needed to dispose of them,” Hur said.

© Provided by Yonhap News
This image, captured from the Instagram account @klarblau_daily, shows a bundle of unused straws and a hand-written letter sent to a dairy company in February 2020. (PHOTO NOT FOR SALE) (Yonhap)

Dozens of people sent unused straws en masse back to Maeil Dairies Co. and Namyang Dairy Products Co. in February and April, respectively, reminding the companies that some of the straws they provide are unwanted.

“The price of soy milk must have factored in the cost of the straw. It’s such a waste of resource and a source of pollution to produce things that are not used,” Hur said on her Instagram account, which she runs under her pseudonym, Klarblau.

Including Hur, a growing number of consumers in South Korea are embracing the internationally influential “zero waste” principles that call for the reuse and recycling of products, opting for biodegradable products and reduction of trash sources, such as plastic straws.

Plastic straws are particularly tricky when it comes to recycling, according to Hur.

In the recycling process, loads of trash are strewn on a conveyor belt for people to sort them out by hand.

No matter how slowly the belt moves, small scraps such as straws go unpicked because of limits in the speed of human hands. Tiny bottle caps and small pieces of plastic similarly go unnoticed, though they are technically recyclable, according to Hur.

“Most people find it unusual to make personal suggestions to companies and are not aware of their rights as consumers. They think it is unrealistic that their suggestions may actually be accepted, but I want to say they are wrong,” the 39-year-old said.

“I want more consumers to realize what actual influence their actions can have on the world, especially on the environment and the products they consume,” she said of her main motivation for the campaign. “How consumers react would also determine the products companies put on the market,” she said.

All three companies reacted instantly to Hur and her fellow campaigners’ calls.

Namyang went further by launching a project to install boxes at major places to collect straws for reuse, and scrapped a plan to attach straws to a beverage product line for children.

“By 2022, we will be eliminating all the plastic straws attached to beverage products,” a Namyang official said.

© Provided by Yonhap News
This image, captured from the Instagram account of @klarblau_daily, shows a hand-written response from an executive from Maeil Dairies Co. in February 2020. (PHOTO NOT FOR SALE) (Yonhap)


Responding to the calls, CJ also removed plastic caps from some of the canned ham products the company put out in special packages for the upcoming Chuseok autumn harvest holiday.

“It’s marvelous that many people joined me in what I started as part of my lifestyle. This may indicate that there’s a growing need (for such changes) at this time,” Hur noted.

© Provided by Yonhap News
This promotional image of a zero waste campaign, captured from the Instagram account of @klarblau_daily, calls on participants to return plastic lids of canned ham products to the manufacturer, to press for the elimination of the unessential packaging. (PHOTO NOT FOR SALE) (Yonhap)


Such waste prevention and recycling efforts by Hur are gaining ground in South Korea, with more consumers, companies and government agencies embracing the zero waste lifestyle.

Zero waste shops are popping up at many neighborhoods across the country, offering the options of non-plastic toothbrushes, shampoo bars instead of liquid shampoo that comes in plastic bottles, and reusable cotton wipes that can replace disposable tissue.

Some shops dispense liquid and powdered kitchen and cleaning detergents without packaging, so that consumers can bring their own containers to hold them.

At internet communities like Naver cafe Zero Waste Home, members share testimonies about their consumption experiments, such as using their own containers to pick up takeout food at restaurants and bakeries and rejecting free hangers at dry-cleaning shops.

“Plastic is indispensable in places like hospitals. But they should become optional in places where plastic is not necessary,” Hur said, expecting such zero waste efforts to expand further down the road.

© Provided by Yonhap News
Biodegradable products, such as wooden straws and toothbrushes, are on sale at a zero waste shop in eastern Seoul on Sept. 23, 2020. (Yonhap)

Thu Sep 24 , 2020
Factory Floor, on Burton Road in Neepsend, is run by the team behind the city’s popular Peddler street food market, who say the venture offers a ‘unique’ experience unlike anywhere else in the country. The venue’s interior emphasises the industrial past of a building that was once the home of […] 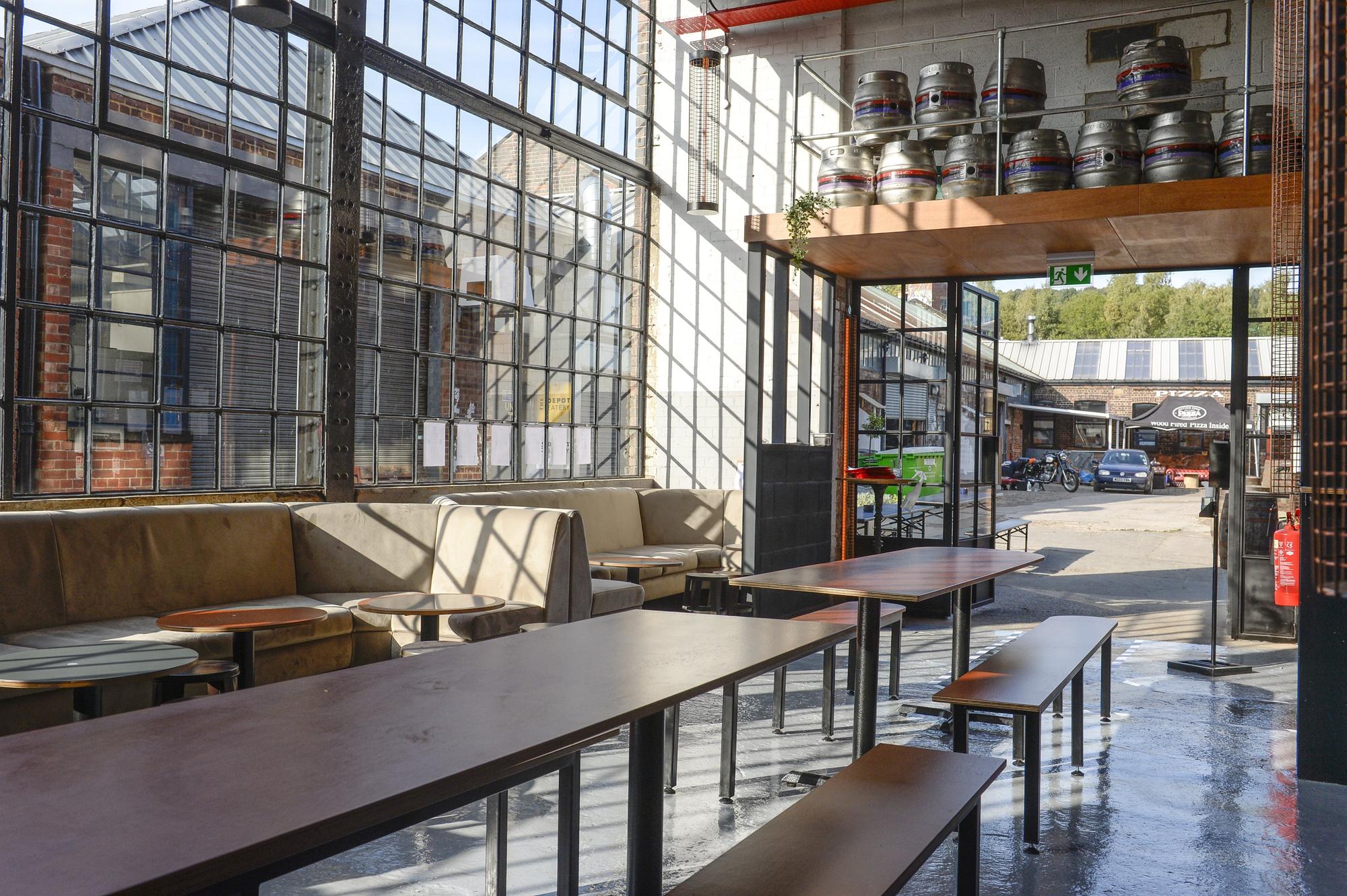