Beerus is a bit of a glutton, and as much as he enjoys the food in the Dragon Ball world, he’d enjoy these anime dishes even more. Beerus loves food; in fact, he loves it so much that he was willing to destroy the Earth over some pudding. It’s not […]

Beerus is a bit of a glutton, and as much as he enjoys the food in the Dragon Ball world, he’d enjoy these anime dishes even more.

Beerus loves food; in fact, he loves it so much that he was willing to destroy the Earth over some pudding. It’s not a surprise that Beerus is so crazy over food, as the majority of the Dragon Ball Z cast is huge on snacking. Beerus has been seen scarfing down a variety of foods, from pudding to plates of meats this cat loves to eat. If Beerus could, he would probably love to visit the universes of anime that revolve around delish food. From the Legendary Food Wars to animes about running a bakery full of tasty treats, there are tons of places Lord Beerus would love to snack.

RELATED: Dragon Ball Super: 5 Characters Who Will Surpass Beerus (& 5 Who Never Will)

Food Wars is a show where anime fans have literally lost their mind over how good the food looks. In fact, some fans have just admitted to watching the series solely based on trying to see how the next dish will look.

Beerus would have a ball taste testing at the food competitions, and he wouldn’t mince words when it came time to judge. It’s even highly likely that Beerus would try to live with Soma just for his cooking.

Dagashi Kashi is a show that is based in a rural Japanese town where there is a popular local snack shop. The show is all about learning about different types of dagashi, better known as traditional Japanese candy and snacks.

If Beerus were to pop up in the anime, he would spend his days sampling different types of sweets and snacks from the little store. He wouldn’t have to worry about being bothered much either since he’d be far away from people.

Yakitate is a show about making the very best bread possible; every foodie knows that great bread can enhance a recipe. Beerus is already shown to have a love of pasties, so it’s a given that he would love to go to a bread shop.

RELATED: Dragon Ball: 5 Super Saiyan Gods That Should Be Able To Beat Beerus (& 5 Why They Can’t)

The shounen anime shows just how tasty a professionally made loaf of bread is, and many fans were baffled that they got so caught up in the show. It’s likely Beerus would fill the same way while chowing down on bagels.

Ristorante Paradiso would get Beerus out of Japan so he could sample the food from another country. This anime is based around a small restaurant in Rome with very dignified waiters that would take care of Beerus with ease.

Not only would he enjoy sampling a new variety of food, but he could also see how it is to try out Earth’s fine dining scene. Thinking of Beerus with a glass of wine just makes way too much sense to fans.

Beerus would jump at a chance to join the Sweetness and Lighting family. The show is about a father-daughter duo that begins to learn how to cook meals at home and become quite good at doing so as the show goes along.

Many fans could see Beerus happily joining a family where he can be well fed every day. Beerus has even been proven to make a good babysitter in later episodes of Super, so this show could work out rather well for him.

5 Kakuriyo: Bed and Breakfast for Spirits

Kakuriyo revolves around a human girl that starts working at an inn famous for hosting important supernatural guests. Not only could Beerus enjoy some food here, but he could even be treated like a king while doing so.

Not only could Beerus get to try the supernatural world’s food, but he could also enjoy the meals that Aoi makes from scratch. It’s highly likely that he wouldn’t want to leave the inn for quite some time.

Toriko is a Shonen Jump series that Beerus could really get behind. The show revolves around Toriko, the gourmet who travels all around the world in hopes of trying tons of different dishes; the only catch is that Toriko and his chef Komatsu gather the ingredients themselves.

RELATED: Dragon Ball: 5 Facts That Prove Goku Could Beat Beerus (& Why He Never Will)

All of the food in the manga is fresh cooked and would be perfect for Beerus to enjoy sampling. While he may not enjoy the constant traveling around that would occur, it’s highly likely that the food would be worth it.

Silver Spoon is about a boy named Yuugo who joined an agriculture school after flunking out of all his other highschool options. When he arrives, he begins to learn how to grow and prepare farm-fresh meat and vegetables.

The food in the anime is shown to be so good that Yuugo actually begins to tear up over it. If the food is good enough to make someone cry, then surely Lord Beerus would like to sample some farm-fresh dishes.

2 Restaurant to Another World

This is an anime about a restaurant that is open to both the human world and a fantasy world. The restaurant is known throughout both the mortal and magical realm for having tasty dishes that just about anyone would love.

This restaurant is known for its wester based dishes, which would once again provide Beerus with a unique type of food. Beerus is also able to mingle with both humans and creatures from other worlds easily.

To complete Beerus’s, he would also have to visit a world full of pudding and other sweets. One of the best party chefs he could run into is Ichigo Amane and her incredibly sensitive taste buds that allow her to make a whole new level of sweets.

This series is all about people who love making sweets and want people to fall in love with their creations. All Beerus needs to do is volunteer to be a taste tester, and he would be set for life in this show.


Next
Fairy Tail: 5 Anime Characters Lucy Would Team Up With (& 5 She Wouldn’t)

Jess has been writing for clients all around the world for years. From companies in Japan to being featured on The Kim Komando Show, Jess has prided herself in expressing her love for gaming. Her favorite console is the Nintendo 64 and she revels in replaying through Paper Mario and Megaman Legends. When not fighting Reaverbots she can be found gushing over the newest JRPGs or watching seasonal anime with her furless cat

Tue Sep 29 , 2020
10th September, 2020 by Arabella Mileham UK drinks supplier Kingsland Drinks has unveiled the name and first brands in its new standalone artisan spirits business, which was announced last month. The new Manchester-based company, which will focus on the premium and craft spirits has been named Ten Locks, in reference […] 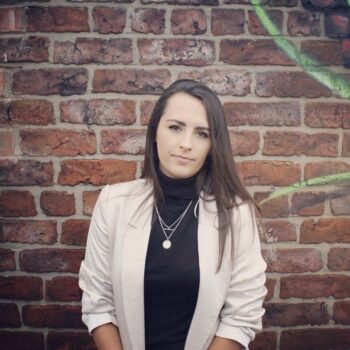