The traditional restaurant kitchen is based on a model of efficiency. Each employee has a role to play in the hierarchy of an industry with notoriously low profit margins. But there’s another tradition in the industry — obeisance — that can lend itself to secrecy and abuse. A culture of […]

The traditional restaurant kitchen is based on a model of efficiency. Each employee has a role to play in the hierarchy of an industry with notoriously low profit margins.

But there’s another tradition in the industry — obeisance — that can lend itself to secrecy and abuse. A culture of rampant sexual harassment has been well documented in recent years, and verbal harangues and insults have been celebrated in reality television shows like “Hell’s Kitchen.”

Can restaurant culture be changed?

“The style of running kitchens in general is pretty broken,” said Richie Nakano of ChefsFeed, a website with chef-curated restaurant guides; he worked in kitchens for 21 years. “Beyond underlying racism and misogyny, it rewarded people who were not necessarily the best employees but were willing to kill themselves for the restaurant,” buying into the macho, work-all-the-time ethos that exists in some kitchens.

Naomi Pomeroy, chef-owner of Beast in Portland, Ore., became disillusioned with the system during one of her first professional jobs, working at a pop-up with two young male chefs in the late ’90s. “They were so abusive to me that it was like, ‘Is this what this is? I have no interest in this.’” Among other things, Pomeroy said the chefs would make monetary bets on whether she would ruin dishes.

“As soon as I dipped my teeny baby toes [into the traditional system], I was like, ‘No thank you, this is oppressive and disgusting,’” she said.

Pomeroy said she has worked to shrink the pay disparity between front- and back-of-house staff at Beast. But ultimately, she says, it’s going to come down to what guests are willing to pay to eat out.

“The real equalizer would be if people would pay more money for food so we could pay people equally,” she said.

(In California, hourly wages for back-of-house employees can start within a dollar or two of minimum wage, with some making upward of $20 per hour. According to the U.S. Bureau of Labor statistics, the median annual pay for chefs and head cooks was $51,530 in 2019.)

One way to change restaurant culture may lie in creating an environment that focuses less on headlines, awards and glorifying a gladiator-style grind in the kitchen — one that can lead to undercompensated workers focusing on who gets credit for the creation of dishes and who has paid their dues — and more on developing the training and well-being of the staff. It’s easier said than done, but one restaurant group in South Carolina is experimenting with upending the traditional restaurant model.

“How do we make our employees happier, healthier and better people?” That’s the question that preoccupies Aaron Hoskins most days. Hoskins, 33, has been cooking professionally for half his life. With partners Sarah Simmons and Elie Yigo, he created City Grit Hospitality Group in Columbia, S.C., with the idea of unlearning what they knew about restaurants.

After closing their New York City restaurant, Birds & Bubbles, in 2017 because of a landlord conflict, Hoskins and Simmons moved permanently to Columbia and “readjusted our priorities,” opening restaurants with an eye toward quality of life. Yigo, their former chef de cuisine, decided to join them soon after. “Job training, equitable hiring and community contribution — we run our restaurants around those tenets,” Hoskins said.

That means “explicitly hiring more young Black men and women” in a city that is more than 40% Black, Hoskins said, and capping managers at 45 hours per week, with paid time off. Before opening their first restaurant, Smallsugar, in 2018, the team spent a month doing icebreakers and confidence-building exercises, despite the added expense.

During one of these exercises, it became apparent that one of Smallsugar’s staff was having difficulty with childcare. Instead of brushing it aside, Hoskins and his team attacked it head-on. “OK, so how can we think more about childcare?” he asked.

The restaurant partnered with a local children’s museum, he said, offering meals and cooking classes in exchange for admission to a summer camp program for the children of a couple of Smallsugar’s employees.

Hoskins said he doesn’t have much use for the chef-centric, traditional back-of-house system, which is primarily “an expression of self rather than expression of a team.” Chefs, he added, are too often “protective of their brand and putting it out to the world, so letting another person have input is a problem.”

“So many people work in the background for nothing,” he said. “They aren’t paid well, aren’t treated well, they’re just pieces to a puzzle of somebody’s empire. Predominantly, those are people of color, there’s no question about it.”

COVID-19 has presented obstacles for Hoskins and his team but, he says, “It’s maintainable for now.” Their restaurants Il Foco Lare and Smallsugar continue to focus on takeout, and they, like all restaurants right now, are just trying to tread water. “We closed out August breaking even by $100. Not the worst place to be,” Hoskins said. While they’ve shed some staff during the pandemic (e.g., employees leaving to be with family), Hoskins says they haven’t been forced to let anyone go.

There is no perfect solution, but steps like those taken by City Grit are in the right direction. We may not ever do away with Instagram, or celebrity culture, or get to a place where restaurants and chefs are reviewed — and rewarded — based on how happy their employees are and the positive change they effect in their communities.

But maybe, the rot that seems to have infected the food world of late is just on the surface. Maybe it can be scraped off, and we’ll find there’s something delicious underneath.

Mon Oct 5 , 2020
Jill Duggar enjoyed a piña colada while out for a date night with her husband Derick Dillard this weekend — making her the first Duggar to confirm that she drinks alcohol. On Saturday, the 29-year-old went out for dinner with Derick at a Mexican restaurant in Arkansas and shared a […] 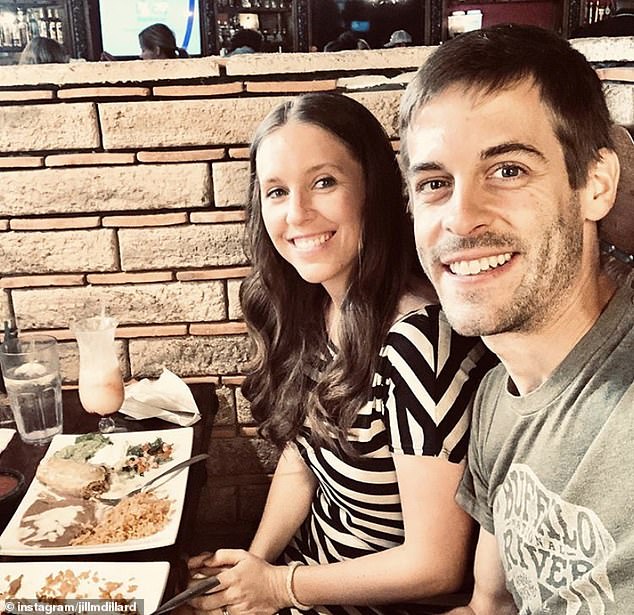