In a big relief for passengers, the Indian Railways has allowed the sale of cooked food at its catering and vending units on stations ahead of the festive season for the first time since the coronavirus outbreak. However, the food plazas, Jan Ahars, cell kitchens and refreshment rooms will open only for takeaways. These units were earlier allowed to sell only packaged food.

In an order on issued on September 30 by the IRCTC, “Zones are advised that static catering units (food plazas, fast food unit, Jan Ahars, cell kitchens and refreshment rooms) which are operational at 10 per cent of license fee with limited saleable items up till September 30 may be allowed to operate till October 31 at pro-rata LF of 20 per cent of license fee with the sale of cooked food as takeaway only.”

No dine-in to be allowed stated the order by the Indian Railway Catering and Tourism Corporation.

“Further, zones are also advised that the contracts which have expired after March 23 may also be allowed to operate up to October 31 on payment of license fee of 20 per cent,” it said.

Officials said despite an order issued a few months back, not many vendors had opened their units because of low footfall and restrictions on items they could sell.

Vendors associations had written to the Railways stating that they were not ready to begin services on platforms due to the ongoing COVID-19 crisis and urged officials not to pressure them into opening the stalls.

Stalls on platforms have been shut throughout the novel coronavirus-induced lockdown, which was imposed on March 25 to check the spread of the infection.

The Railways is planning to introduce 200 special trains between October 15 and November 30 to cater to passengers travelling during the festive season, Railway Board Chairman and CEO V K Yadav said on Thursday.

The Railways has suspended all regular passenger trains indefinitely. Regular trains have remained suspended since March 22.

(With Inputs from PTI)

How the Lives of NYC Restaurant Workers Have Changed

Mon Oct 5 , 2020
“There are people who come in and don’t realize we have to work even harder right now,” says line cook Andy Chino Perez. Photo: Noam Galai/Getty Images When Beth, was laid off from her job at a Manhattan fine-dining restaurant in March, she found herself with two choices: She could […] 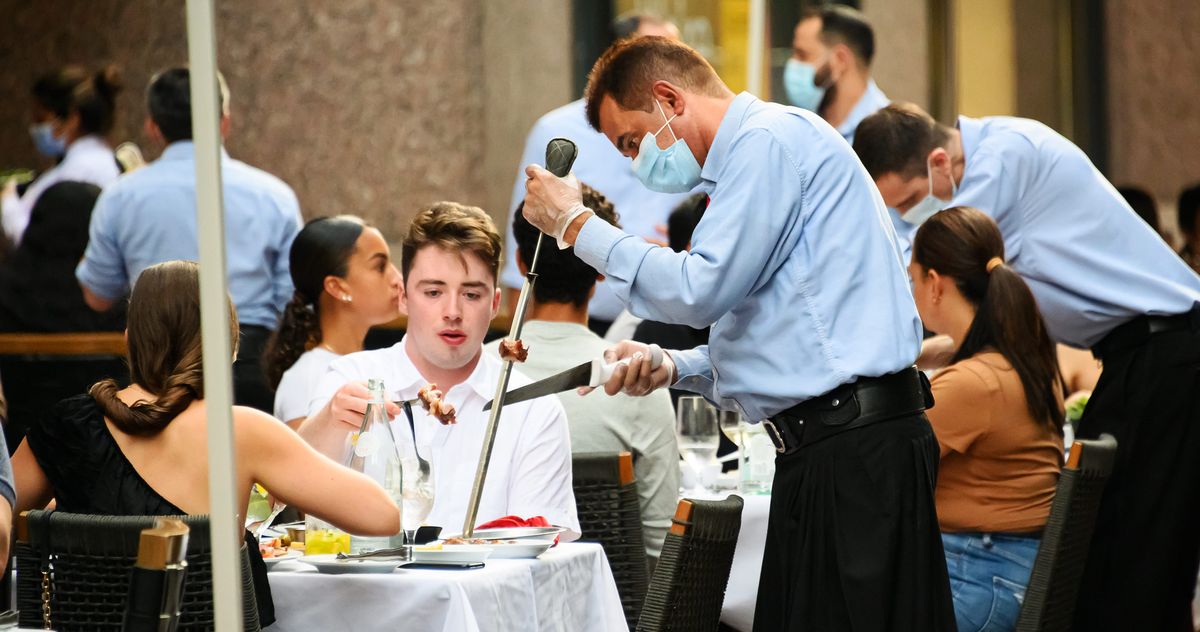