Rule issued Friday allows bars to serve alcohol to customers indoors when they are seated and 6 feet apart. It runs through Oct. 30. Indoor bars in Michigan that couldn’t open during the pandemic because they didn’t meet revenue requirements called for in executive orders can now do so, but […]

Rule issued Friday allows bars to serve alcohol to customers indoors when they are seated and 6 feet apart. It runs through Oct. 30.

Indoor bars in Michigan that couldn’t open during the pandemic because they didn’t meet revenue requirements called for in executive orders can now do so, but with strict regulations in place.

Robert Gordon, director of the Michigan Department of Health and Human Services, issued a new order Friday that includes several changes to previous orders for bars and restaurants regarding COVID-19.

Much of the new order, effective immediately and running through Oct. 30, replicates an order issued Monday, but it also allows bars to serve alcohol to customers indoors when they are seated and 6 feet apart. Mandates for food establishments remained the same as Monday’s order.

In July, after COVID-19 outbreaks were traced to bars in Royal Oakand Lansing, Gov. Gretchen Whitmer ordered indoor bar service to stop at establishments that earned more than 70% of their gross receipts from alcohol sales.

“We have seen repeatedly that in bars, when people are standing up and moving around, that is a central way that COVID has spread,” Gordon said.

More: What to expect when movie theaters reopen in metro Detroit after seven months of shutdown

“It’s essentially the same,” he said. “To me, it’s a double-edged sword. At least it’s consistency for restaurant operators to know how to operate. It provides statewide guidance.”

Winslow said he and the MRLA were hoping for bigger changes. They continue to propose new ideas.

“We were hopeful the administration would view this as an opportunity to make some sensible changes to allow an industry that’s continually on the edge of survival to have a little more opportunity, ” Winslow said. “A safe and sane way to create some opportunity for the industry, but they aren’t there yet. Not to say they won’t be. They don’t seem to be there yet. “

Winslow noted that 31 states allow for exceptions to the 6-foot social distancing rule if plexiglass or acrylic glass has been installed.

He pointed to Massachusetts, which, he said, makes broad allowance for plexiglass to fill as a divider when 6 feet of social distancing is not available.

“It’s beneficial for the restaurant and provides safety to the guests,” Winslow said.

Sasson said that although the new Michigan rules are a good step, “it doesn’t necessarily mean they are going to do more or less business.

“My intuition is that with no guidance, there’s always rule-breaking. You’re telling a place that can’t afford not to operate that it can’t operate. Give some guidance it can operate within.”

His concern is that the rules are not being properly enforced to begin with.

“They are already open anyway,” Sasson said. “Who’s auditing them to say what their liquor sales (are)? … Are they going to call the fire marshal to come to every single place that sells alcohol and determine whether they are still serving food or not serving food and are people seated or are they not?”

Dave Kwiatkowski, whose Detroit Optimist Society hospitality group runs seven spirit-forward bars and restaurants across the city, welcomed the new move, though he said opening the properties that have been shuttered because of the previous order would take a few weeks. (Photo: Ese Esan)

Dave Kwiatkowski, whose Detroit Optimist Society hospitality group runs seven spirit-forward bars and restaurants across the city, welcomed the new move, though he said opening the properties that have been shuttered because of the previous order would take a few weeks.

“My biggest concern is staffing,” he said. “I have no idea where we’re going to get these people from.”

Kwiatkowski said he lost approximately half of his staff over the last eight months, some to other establishments and some to different industries altogether. He said he plans to open the Sugar House in Corktown and the Bad Luck Bar in Capitol Park with limited hours and capacity.

“I don’t really know what that looks like yet,” he said. “I want to take it seriously. This pandemic is not a hoax. I think it’s super important to be safe at all times, and I want to make sure that my staff feels safe.”

Kwiatkowski said he wasn’t happy with the governor’s order shutting down bars in the first place and said he feels she painted bars with too broad a brush. The Sugar House, which just celebrated its ninth anniversary, has never allowed non-seated customers and strictly monitored capacity even before “social distancing” entered the lexicon.

Though the new order is effective only through the end of the month, Kwiatkowski is hopeful bars will be able to operate through the make-or-break holiday season.

“It’s go time,” he said. “It’s super important for the hospitality industry. This is our quarter to make a huge chunk of what we do. Obviously, January there’s going to be no auto show. It’s going to be brutal. If any bars are on the fence, I think that this will save them if they can reopen this quarter and hopefully bring some money back in. I think that’s important for the local economy.”

Send your dining tips to Free Press Restaurant Critic Mark Kurlyandchik at 313-222-5026 or [email protected] Follow him on Twitter @MKurlyandchik and Instagram @curlyhandshake. Read more restaurant news and reviews and sign up for our Food and Dining newsletter.

Support local journalism and become a digital subscriber to the Free Press.

Sun Oct 11 , 2020
Rising NRL star Tristan Sailor has been accused of drugging a 24-year-old woman at Bondi’s Beach Road Hotel before raping her at her house in what police have described as a ‘planned and predatory’ incident. The 22-year-old, who is the son of NRL legend Wendell Sailor, was charged with aggravated […] 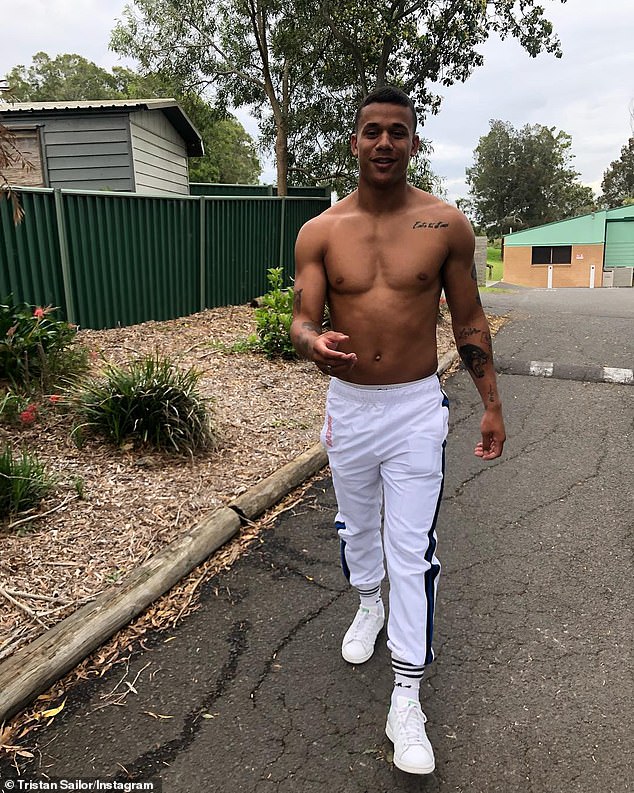