By Rapula Moatshe Oct 9, 2020 Share this article: ShareTweetShareShareShareEmailShare Pretoria – The special Investigating Unit has started a probe into allegations of corruption linked to a Covid-19 catering tender awarded to 34 service providers to feed 18 000 homeless people in Tshwane. This was confirmed by SIU spokesperson Kaizer […]

Pretoria – The special Investigating Unit has started a probe into allegations of corruption linked to a Covid-19 catering tender awarded to 34 service providers to feed 18 000 homeless people in Tshwane.

This was confirmed by SIU spokesperson Kaizer Kganyago following last month’s announcement by the City that it had detected irregularities in the awarding of the catering contracts.

The City also suspected possible collusion between the service providers and municipal officials.

Yesterday, Kganyago told the Pretoria News that the law enforcement agency had commenced investigation into catering contracts at the metro, but he could not shed light regarding the envisaged time to conclude the process. “The investigation is ongoing,” he said.

Kganyago said the SIU was investigating allegations of irregularities related to the supply chain management process, which was followed in awarding the contracts.

It appeared yesterday that the implicated service providers were still at loggerheads with the municipality over non-payment for catering service to feed the homeless during the Covid-19 stricter lockdown levels.

The homeless were accommodated in 24 temporary shelters set up by local government to curb the spread of the coronavirus.

Further delays to payments of service providers was due to an ongoing probe into allegations of corruption related to price inflation and possible collusion with officials to get tenders.

Emmanuel Makuwa, one of the service providers, said they were all crossing their fingers that they would soon receive payments due to them after the City recently submitted at least 20 invoices to the SIU for further scrutiny.

Makuwa hoped that the questionable invoices would pass muster of the probe by the law-enforcement agency and that service providers would subsequently be paid.

He said the City submitted the invoices to the SIU after subjecting them to its internal audit process.

Last month, the City fingered at least 34 service providers in alleged wrongdoing related to the inflation of their invoices and possible collusion with the metro officials in the awarding of the tenders.

The City expressed concerns that the supply chain management and procurement process to award the catering contract was riddled with irregularities.

The head of supply chain management is still on suspension for allegedly failing to issue purchase orders to service providers.

Makuwa said the remaining invoices were still going through the City’s internal audit, which included taking them through a bid adjudication committee for validation.

“The files audited by the City are with the SIU. We are hoping that by the end of next week they would have issued a report on them. The City has so far audited 20 invoices and is still busy with the rest,” he said

The information related to the latest SIU investigation surfaced during a meeting between the service providers and senior municipal officials on Tuesday.

Sat Oct 10 , 2020
One-third of foods that are produced worldwide are wasted or lost, amounting to about 1.3 billion tons per year. Based on commodities, food loss and waste from net/farm to fork is estimated at 40 percent for tubers, vegetables and fruits; 35 percent for fish; 30 percent for cereals; and 20 […] 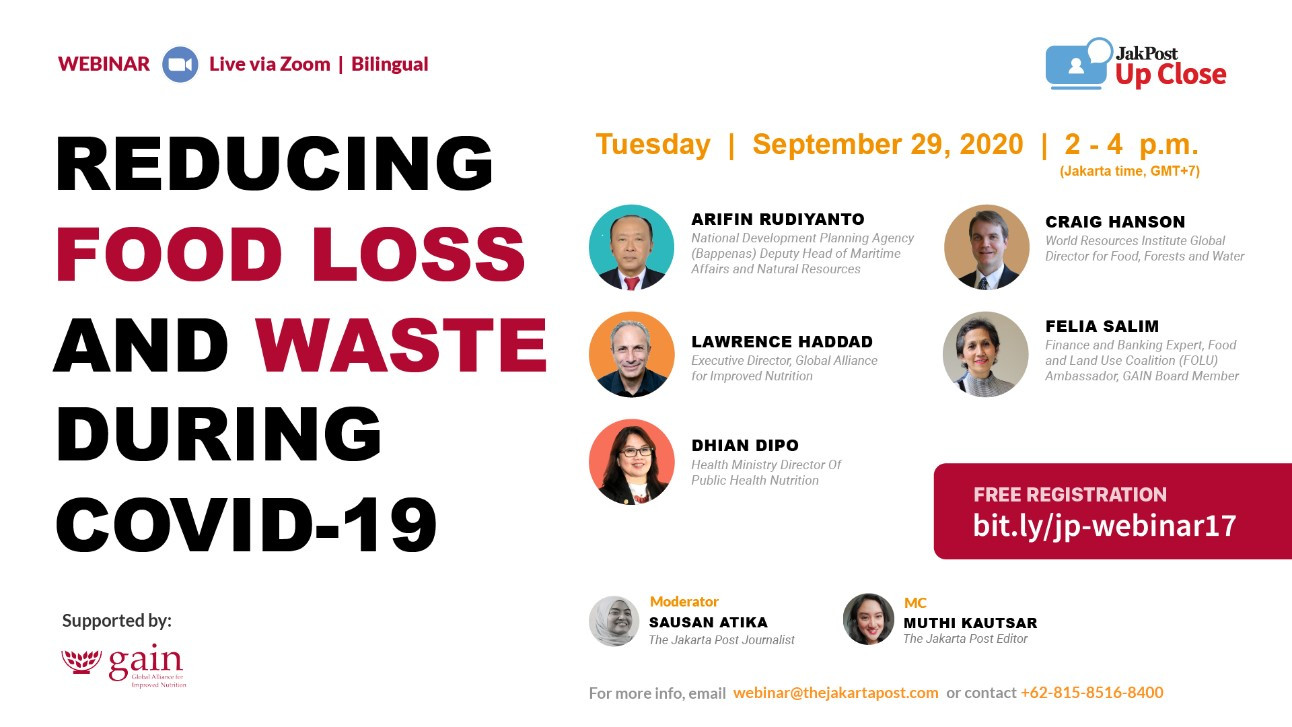